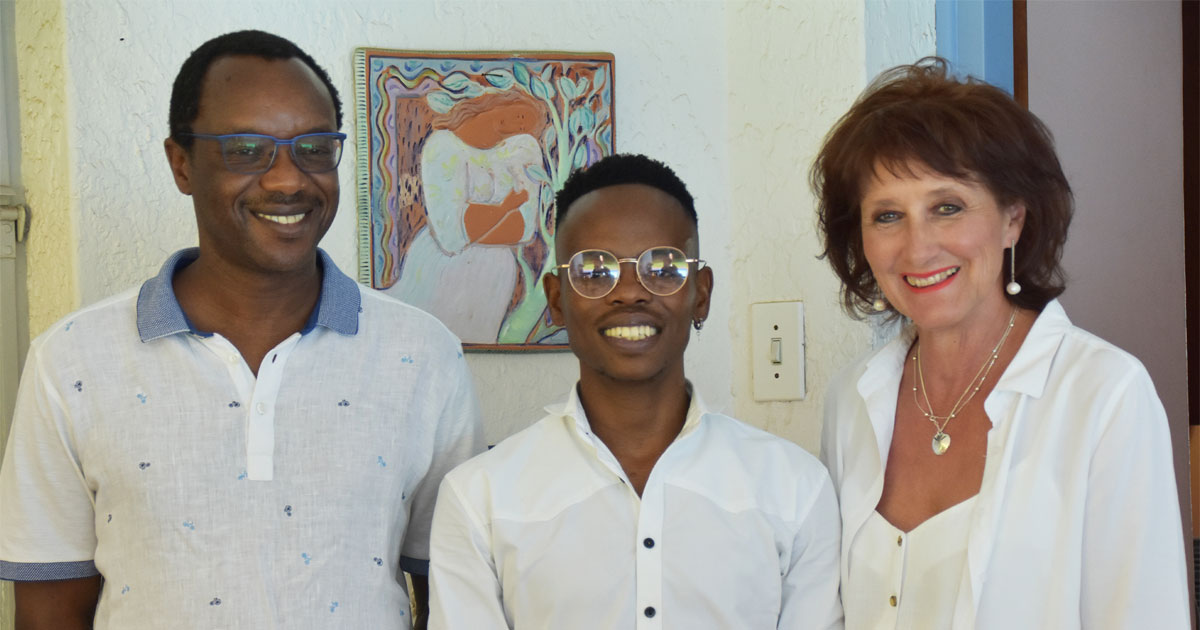 The first Christof Heyns Human Rights Scholarship has been awarded to Keketso Kgomosotho to undertake doctoral studies at the University of Pretoria. Keketso was introduced to Christof’s wife and the Vice-Chancellor and Principal of the University, Professor Tawana Kupe, during a lunch event at the Heyns’ residence on 23 January 2022.

The Christof Heyns Human Rights Scholarship has been instituted in memory of renowned human rights scholar, Christof Heyns, who was a professor of human rights law at the University of Pretoria (UP) until his untimely death in March 2021. Christof was the Director of the Centre for Human Rights from 1999 to 2006; Dean of the Faculty of Law from 2007 to 2010; and was the founding Co-Director of the Institute for International and Comparative Law in Africa at UP. He was United Nations Special Rapporteur on extrajudicial, summary or arbitrary executions from 2010 to 2016; and was a member of the UN Human Rights Committee from 2017 to 2020. Prof. Heyns pioneered and supported numerous human rights education initiatives in the course of his life, including by providing opportunities to deserving students to pursue human rights education. 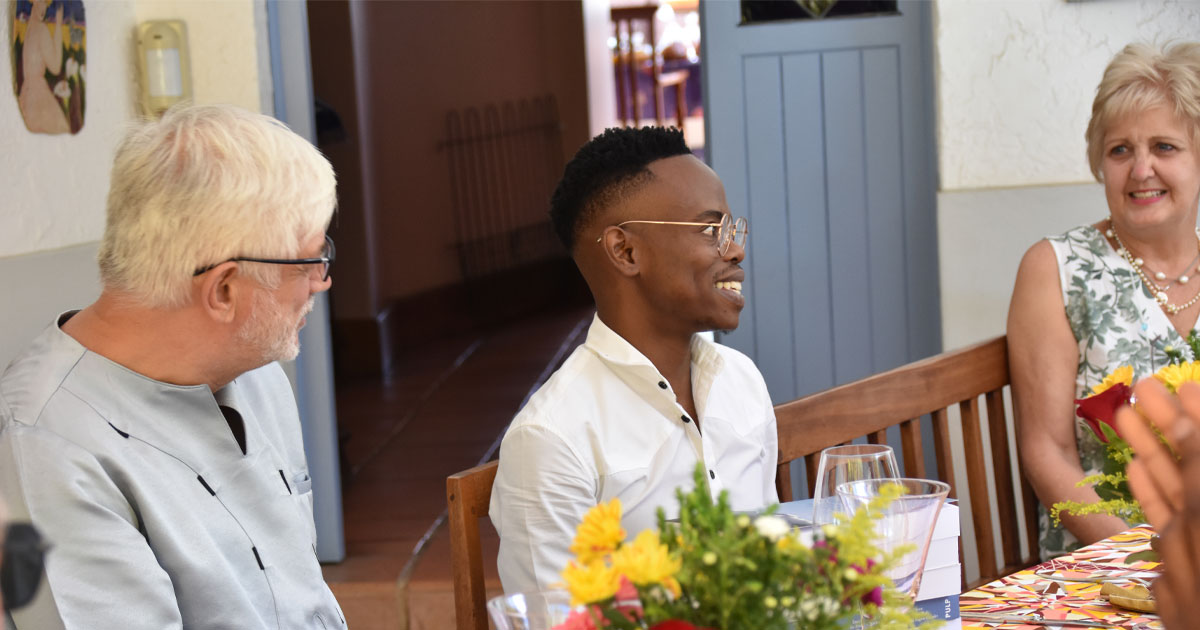 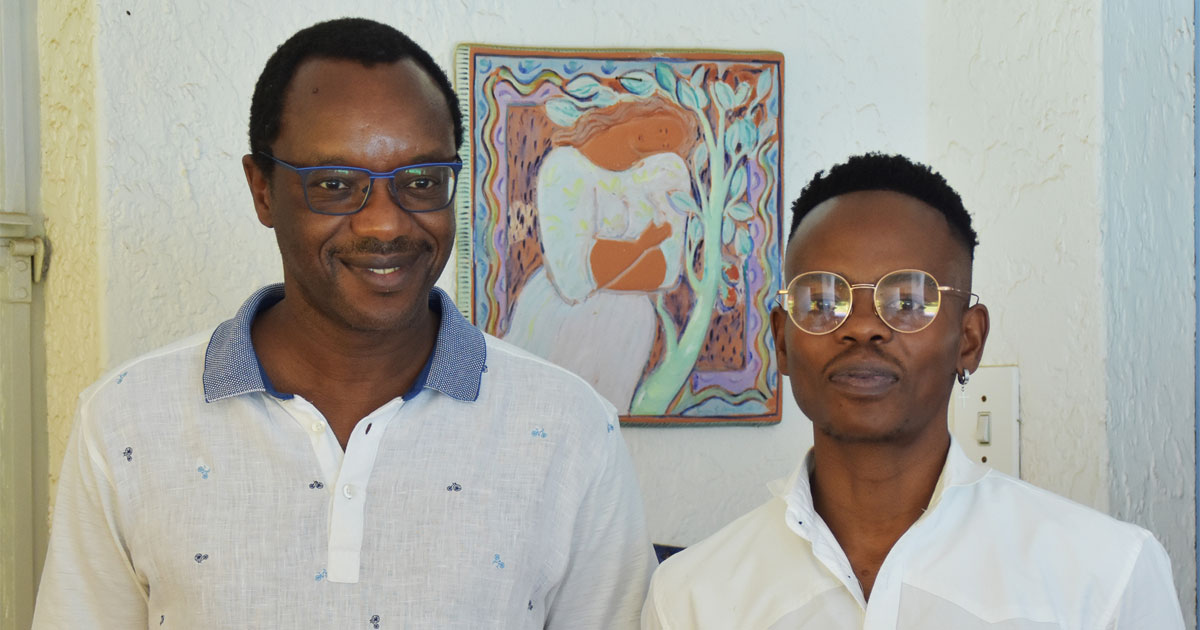 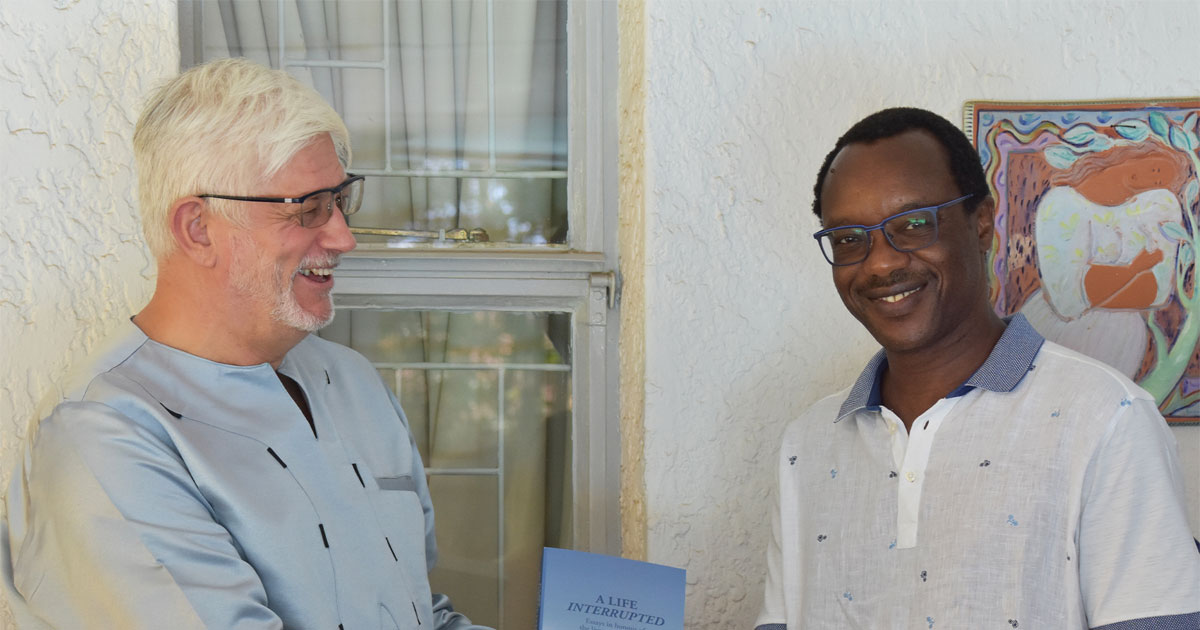 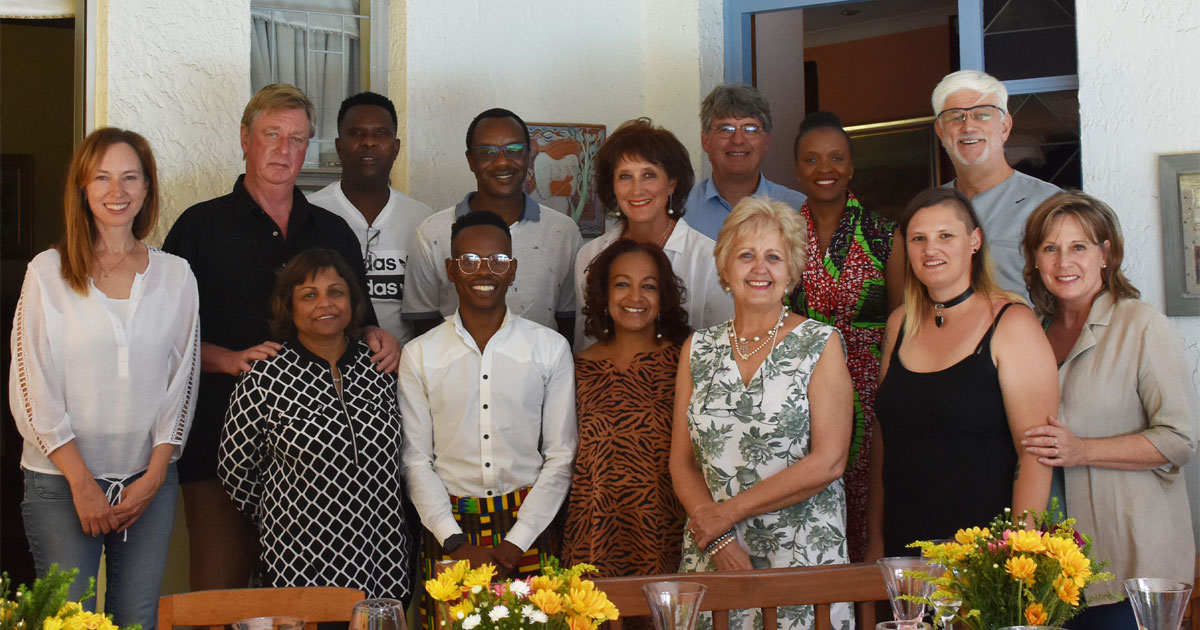 Keketso’s career started as a Research Assistant at ICLA and later at the Centre for Human Rights. From 2016, he worked as a legal researcher for Christof Heyns on his UN mandate. He later joined the South African Human Rights Commission as Research Advisor to the deputy chairperson, where he worked until 2019. While at the University of Pretoria, Keketso also worked closely with our Faculty moot competitions. Since then, he has been involved with moots in a range of capacities - as a participant, organiser, coach, bailiff and judge. Immediately before commencing his PhD studies, Keketso joined the global law firm of Baker McKenzie as a Candidate Attorney. Keketso holds an LLB and master’s degree (international law) from the University of Pretoria.

The proposed topic of his doctoral research looks at the intersection between Artificial Intelligence and international human rights law, and his supervisor is Professor Dire Tladi, who is a fellow of ICLA and a member and First Vice-Chair of the International Law Commission.

At the same event, copies of the recently launched A life interrupted: Essays in honour of the lives and legacies of Christof Heyns, were handed to a number of guests who had contributed to this publication. This volume of 38 essays remembers and celebrates various aspects of Christof’s personal and professional contributions. 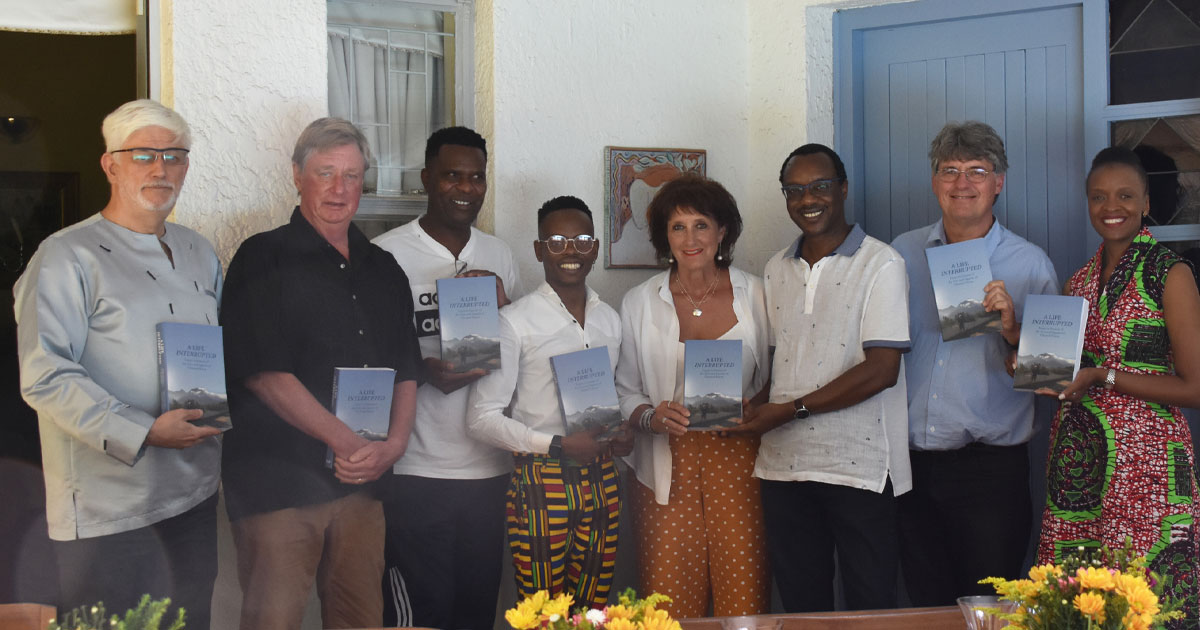