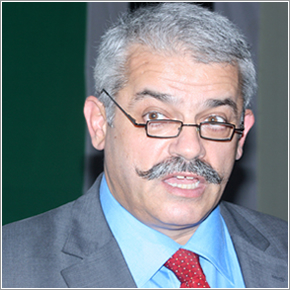 The Centre for Human Rights has learned with shock and distress of the assassination of Prof Gilles Cistac. He was shot four times in the chest by unidentified gunmen in Maputo this morning, Tuesday 3 March 2015. The Centre wishes to express its sincere condolences to the family of Gilles Cistac for the loss of our good friend and esteemed colleague. We join Gilles Cistac’s friends, colleagues and indeed the people of Mozambique in expressing our sadness and outrage at this huge loss to his family, to academia and the legal profession, and to the fraternity of human rights defenders.

Gilles Cistac was Professor of Law at the Faculty of Law, Universidade Eduardo Mondlane in Maputo. Mozambique. This institution is one of 14 partners which, with the Centre for Human Rights, collaboratively present the award-winning Master’s Degree Programme in Human Rights and Democratisation in Africa. Prof Cistac was a senior academic, who is highly respected for the excellent quality of his teaching and research. Born and raised in France, Gilles Cistac made Mozambique his home for the past 21 years, and contributed indelibly and generously to nation-building through legal education.

Gilles Cistac was also a keen observer of the socio-political landscape in Mozambique and, in recent years, had incurred the wrath of the political establishment for speaking out against its shortcomings, especially in the area of electoral fraud and political participation. In his work, Gilles Cistac has consistently acted responsibly, within the ambit of law and in exercise of the freedom of expression guaranteed under the Constitution of Mozambique and in the international treaties to which Mozambique is a state party. This is evident in the fact that, despite his strong criticism, no legal action was brought against him.

In recent times, he had received regular threats to his personal safety. Due to the increasing frequency and seriousness of these threats, and fearing for his life, Gilles Cistac lodged a complaint with the Attorney General of Mozambique on Thursday last week, 26 February 2015. This fear has proven to be well founded and ominous, following his assassination this morning.

This horrific event evokes an unfortunate parallel with the political murder of journalist Carlos Cardoso in November 2000, an event that cast a dark shadow on Mozambique as a democratic nation. Although the alleged assassins received heavy sentences, the politically connected persons who commandeered the assassination remain at large. It begs a serious question about the state of human rights in Mozambique generally, but more specifically about freedom of expression and the intolerable fear under which human rights defenders live in that country. If these basic civil and political rights are compromised, ancillary rights like academic independence and scholastic freedom are equally at stake.

After 15 years of civil war that ended in 1992, and after 22 years of efforts aimed at building a modern state in which its citizens live in peace, it is unacceptable that extrajudicial killings continue to be a part of daily life in Mozambique. One of the bedrocks of any modern state, and a cornerstone of open societies, is freedom of opinion and expression – especially when exercised, as Gilles Cistac did, in the non-political forum of academia. Today’s assassination points unfortunately to an abdication by the state of its responsibility to protect its citizens; it exposes the state’s failure to abide by its obligations under domestic and international law; and it will do great harm to the country’s image in the eyes of visitors, partners and investors.

The Centre for Human Rights calls on the government of Mozambique to launch an immediate and impartial investigation into the assassination of Gilles Cistac, and to bring all the perpetrators and orchestrators to justice. Furthermore, the Centre encourages the Government of Mozambique to take positive steps to guarantee the professional freedom and personal safety of its critics and opponents, in the spirit of building a strong, healthy democracy of which discussion and dissent are a fundamental part.

The Centre will hold an event in due course, to honour Prof Gilles Cistac’s life and work.