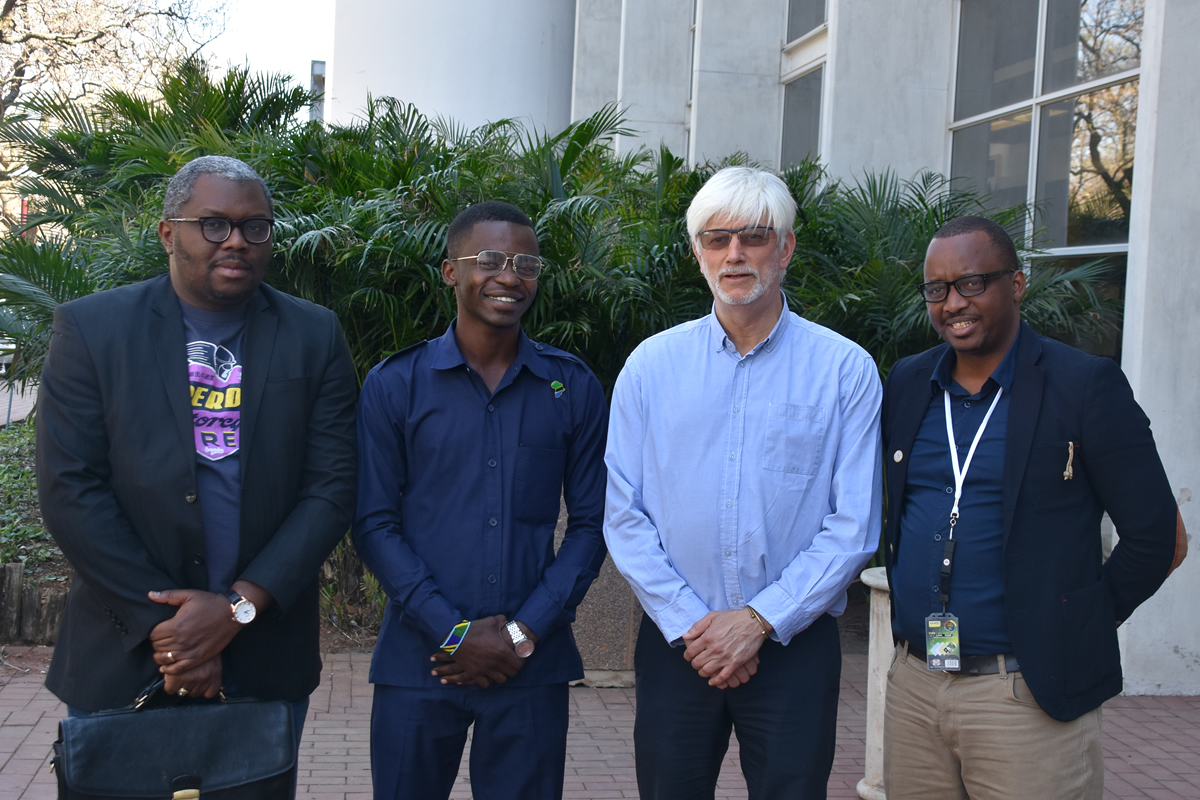 The Centre for Human Rights, in partnership with African Men for Sexual and Health Rights (AMSHeR) and African Policing Civilian Oversight Forum (APCOF), ran a week-long capacity-building course on Policing and Vulnerability: Exploring Issues of Vulnerability, Policing and Oversight. It took place from 10 to 14 September 2018 at the University of Pretoria.

The workshop targeted police officers and civil society organisations from across Africa, including from Ethiopia, Kenya, the Kingdom of eSwatini, Lesotho, Namibia, Tanzania, Malawi, Uganda and Zambia.  The event provided an opportunity for exchange of perspectives and dialogue between police officers and human rights defenders from civil society organisations working with marginalized groups, while providing human rights knowledge around the intersection between police work, human rights principles and practical ways to fill the protection gaps faced by vulnerable groups.

The course covered issues related to policing involving key populations and social groups whose members are ‘criminalised’ in most of the participating countries, such as lesbian, gay, bisexual, transgender and intersex (LGBTI) persons, injecting drug users and sex workers.  A further topic of focus was the protection of human rights defenders from police abuse and violence in the course of executing their work as human rights defenders in defending the human rights of vulnerable groups. Some of the other key issues discussed during the course were the reasonable use of force, the principles of proportionality and necessity, the oversight role of the judiciary, tackling stigma and prejudice by police officers when dealing with key populations and other vulnerable groups, and the different theories of police oversight.

African Commission’s Rapporteur on Human Rights Defenders, Commissioner Remy Lumbu, and Justice Monica Mbaru, Judge of the High Court of Kenya were two of the distinguished lecturer-facilitators. Others included experts from the three partner organisations.

Key documents alluded to in the workshop include the Guidelines on the Conditions of Arrest, Police Custody and Pre-Trial Detention in Africa (the Luanda Guidelines) of the African Commission on Human and Peoples’ Rights, The Draft Guidelines on Declassification and decriminalization of petty offences, relevant jurisprudence and case-law from Kenya and South Africa, the UN Declaration on Human Rights Defenders, and the Model Law for the Recognition and Protection of Human Rights Defenders.

The Director of the Centre for Human Rights Professor Frans Viljoen, the Director African Policing Civilian Oversight Forum Mr Sean Tait and Mr Berry Didier Nibogora Manager of Law and Human Rights Advocacy Programme at AMSHeR closed the workshop with the awarding of certificates to the participants. 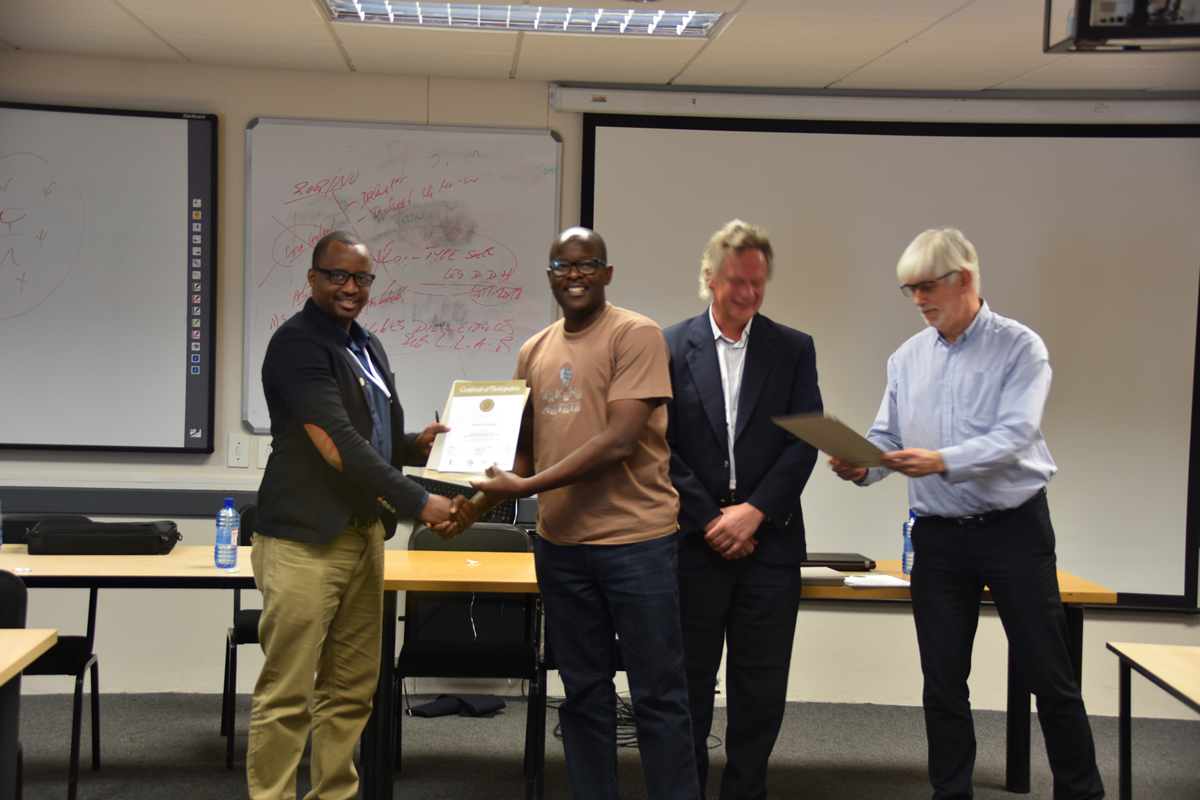 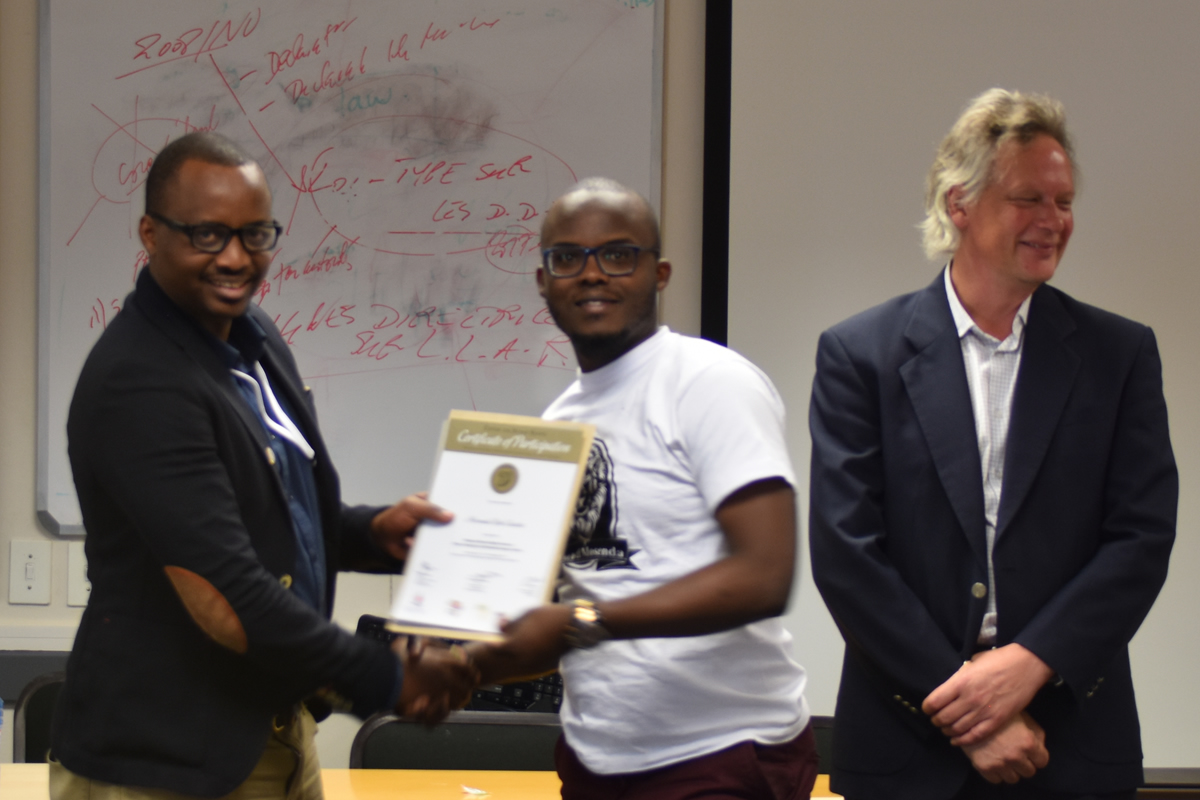 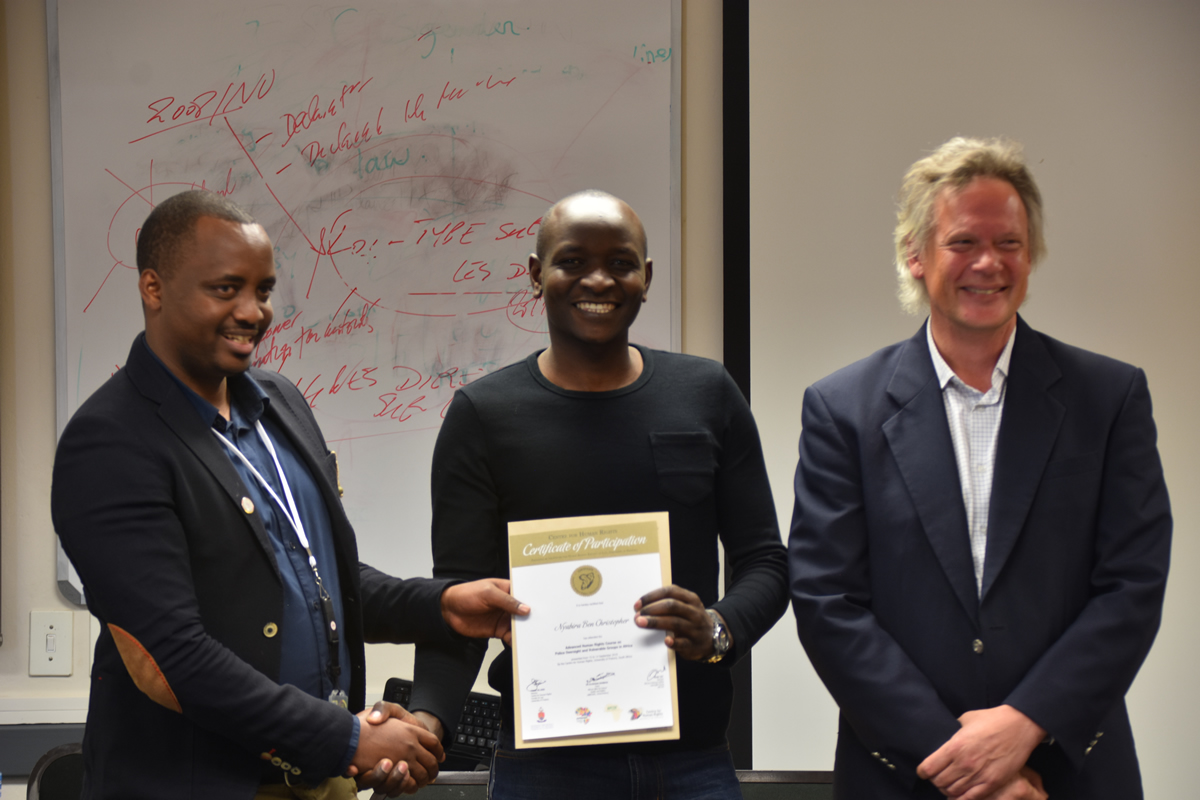 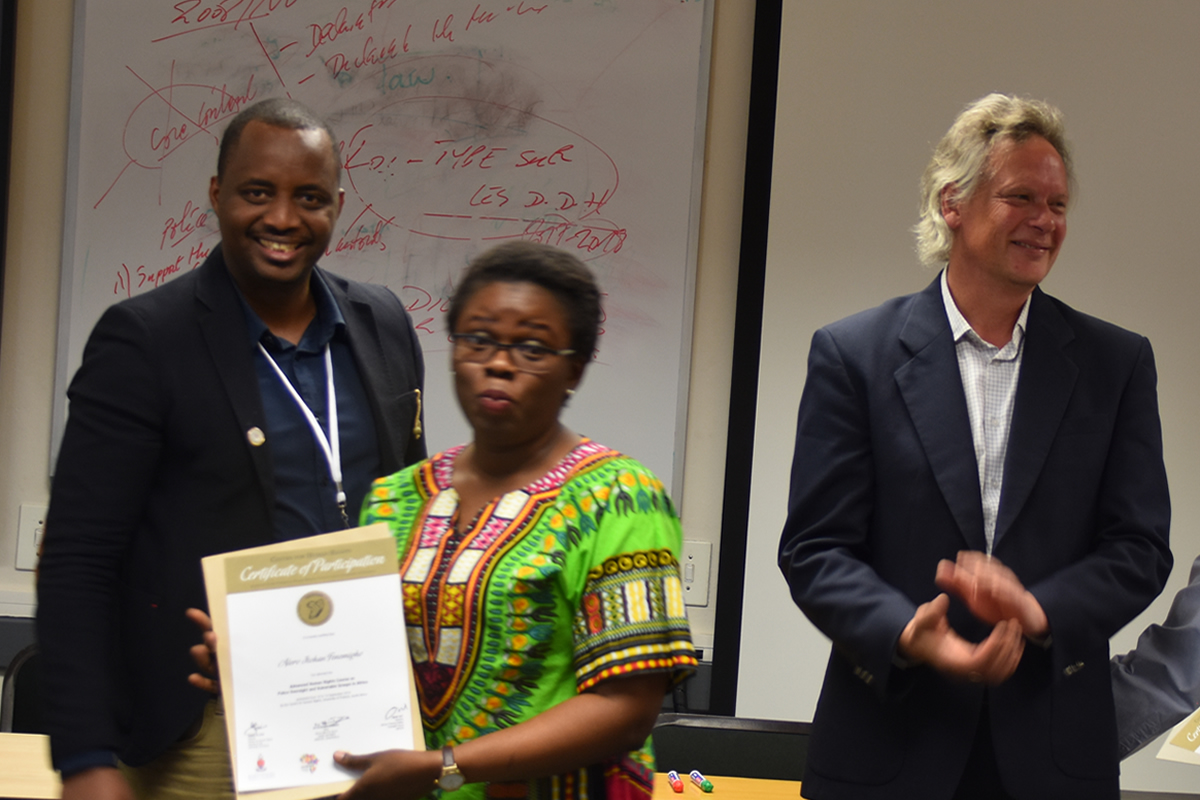 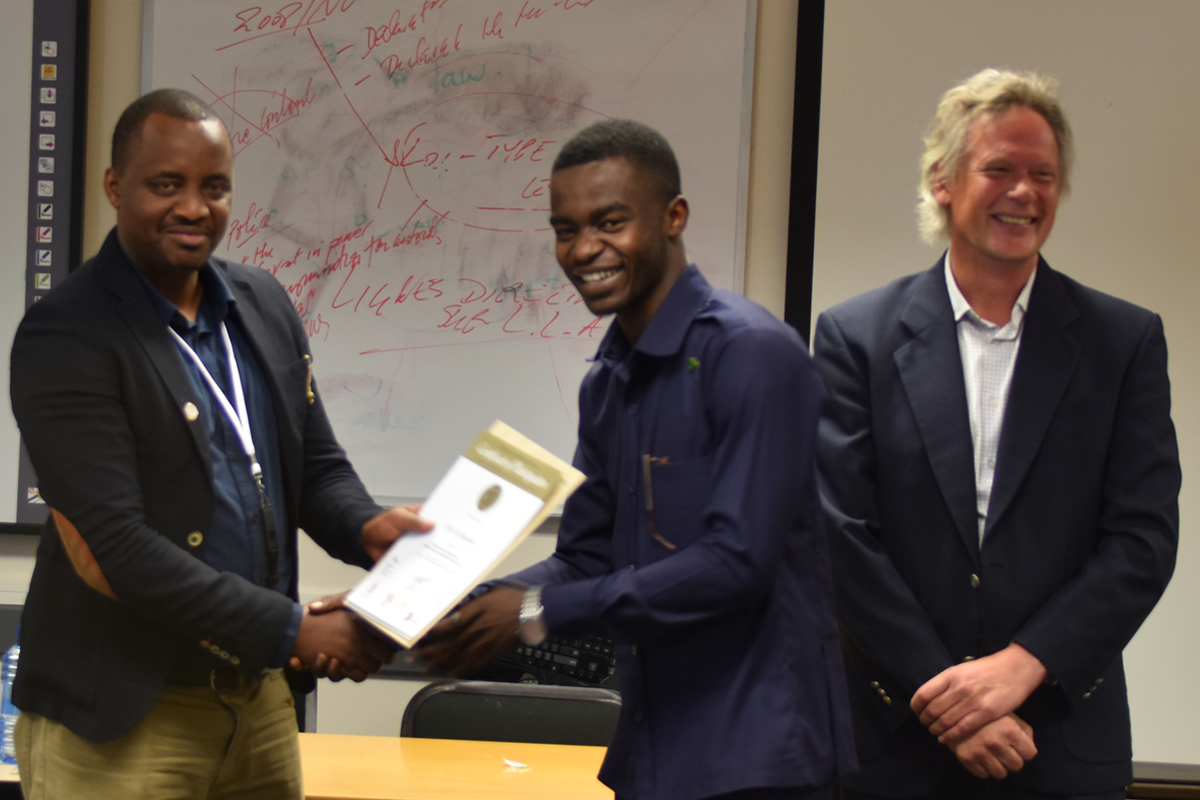 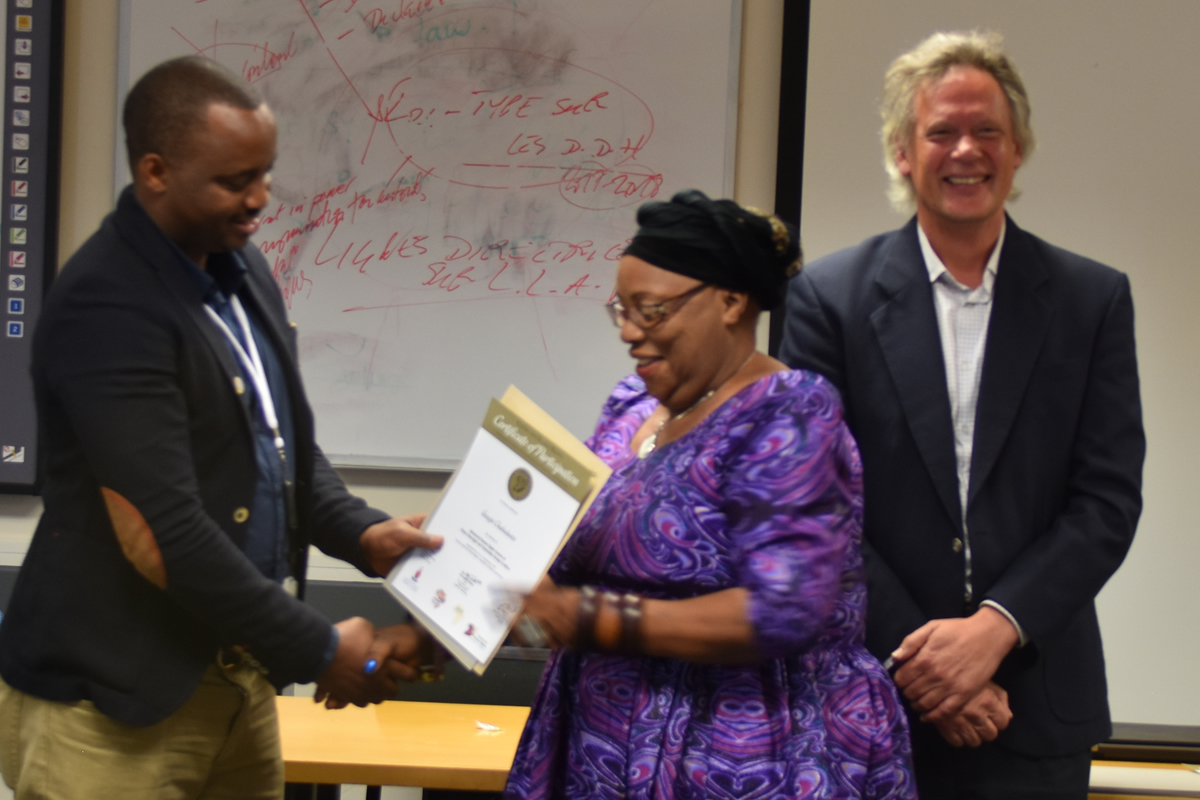 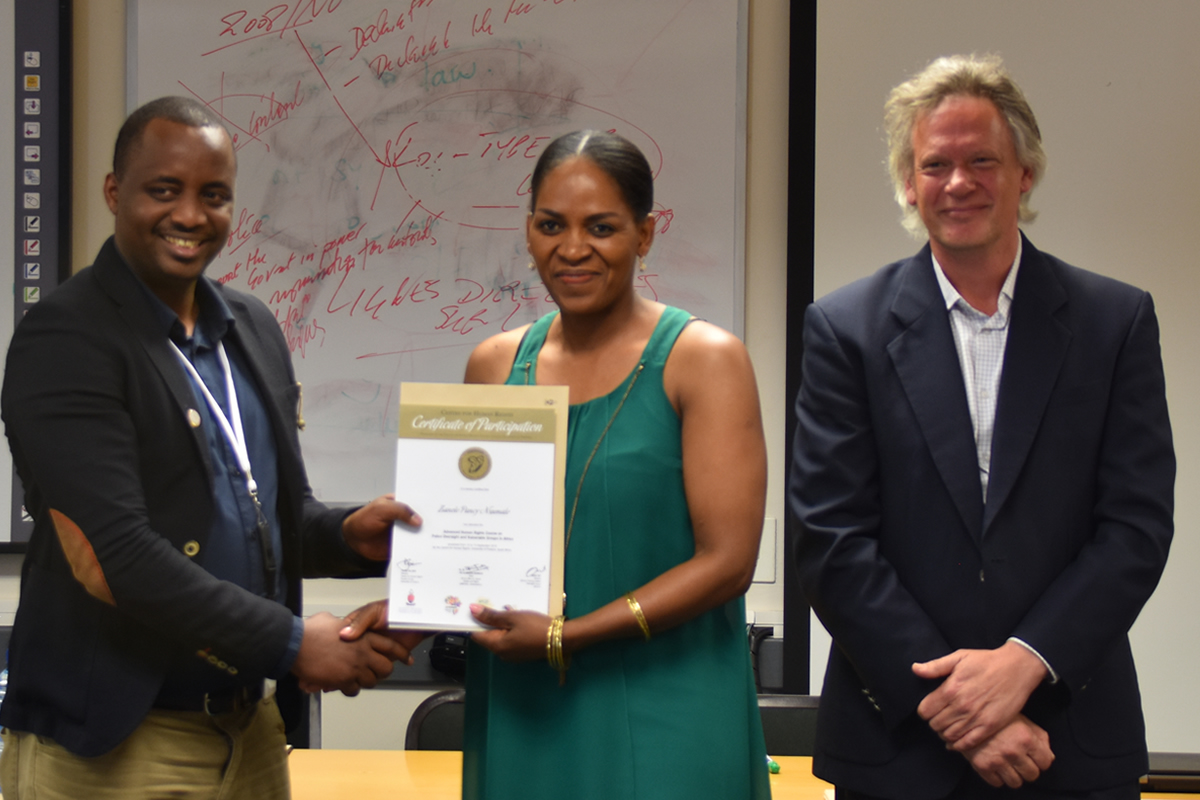 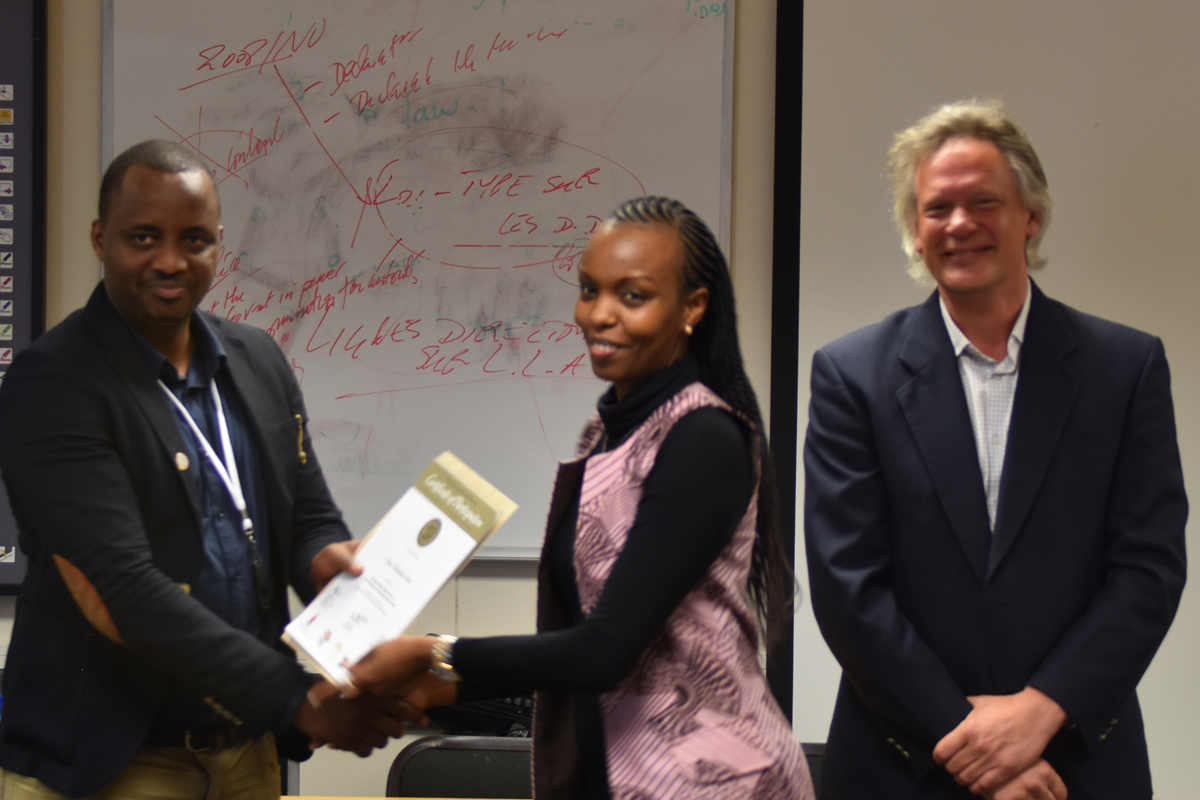