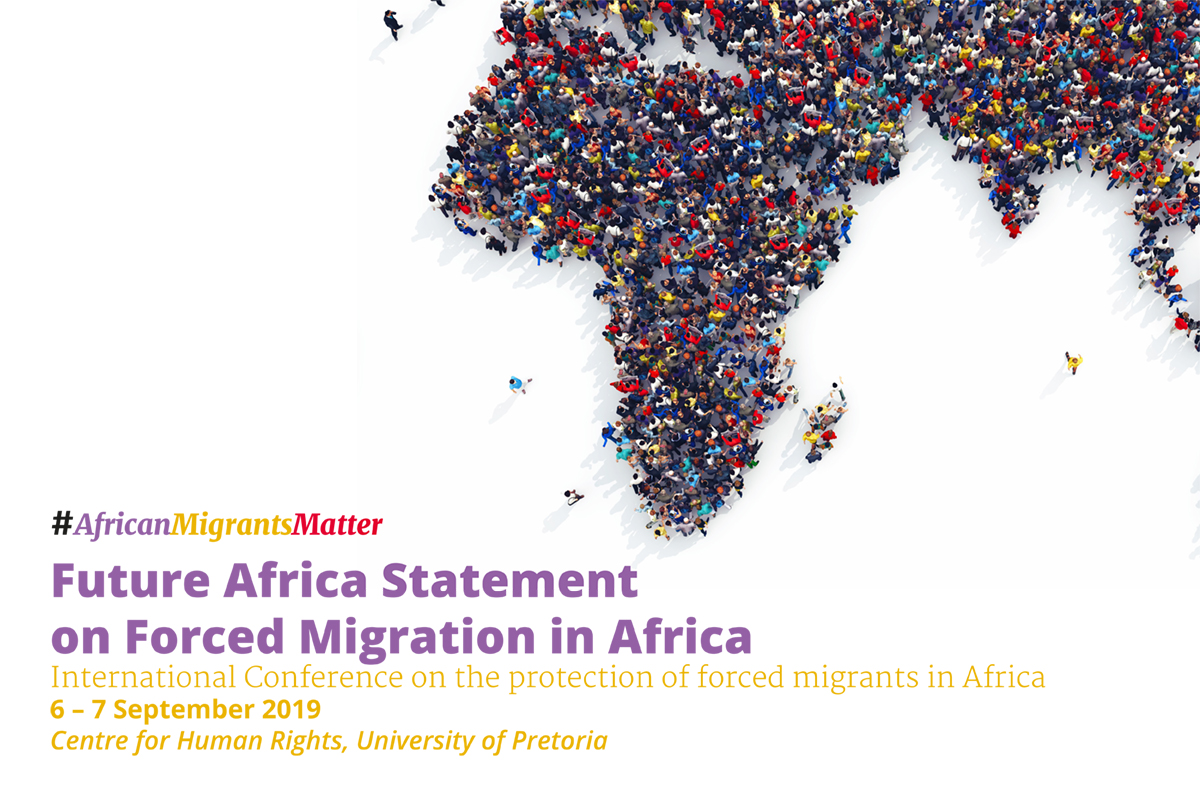 WE, PARTICIPANTS of the International Conference on the Protection of Forced Migrants in Africa, gathered on 6 and 7 September 2019 at the Future Africa campus of the University of Pretoria, South Africa;

INVOKING the notion of Ubuntu; RECOGNIZING the development of progressive laws and policies governing forced displacement and migration adopted by several countries in Africa; and CALLING for a movement away from rhetoric towards the effective implementation of existing laws and policies;

WELCOMING the decision by the African Union declaring 2019 as the “Year of Refugees, Internally Displaced Persons (IDPs) and Returnees: Towards Durable Solution to Forced Displacement in Africa” and; NOTING that the recognition of the year as such provides an important occasion to mark the 50th and the 10th anniversary of the 1969 OAU Convention Governing the Specific Aspects of Refugees Problems in Africa (African Refugee Convention) and the African Union (AU) Convention and Assistance of Internally Displaced Persons (the Kampala Convention), respectively;

STRONGLY CONDEMNING the xenophobic violence and other forms of intolerance in various parts of Africa on the basis of nationality, ethnicity, social origin or any other ground;

ALSO STRONGLY CONDEMNING the xenophobic violence against foreign nationals in South Africa, which occurred around the time of the Conference;

ALARMED by the unprecedented number of IDPs, refugees, and migrants across the continent who find themselves in dire situations and DEEPLY concerned by the violations of their rights and the tragic loss of lives;

WARMLY WELCOMING the development and adoption of the Global Compact for Safe, Orderly and Regular Migration and Global Compact on Refugees; RECOGNIZING the generosity of AU Member States and communities in hosting refugees and IDPs; and TAKING NOTE of the “whole of society”-approach provided for under the Global Compact for Refugees which underlines the positive contribution by various network of researchers and academic institutions;

On IDPs and the 2009 Kampala Convention