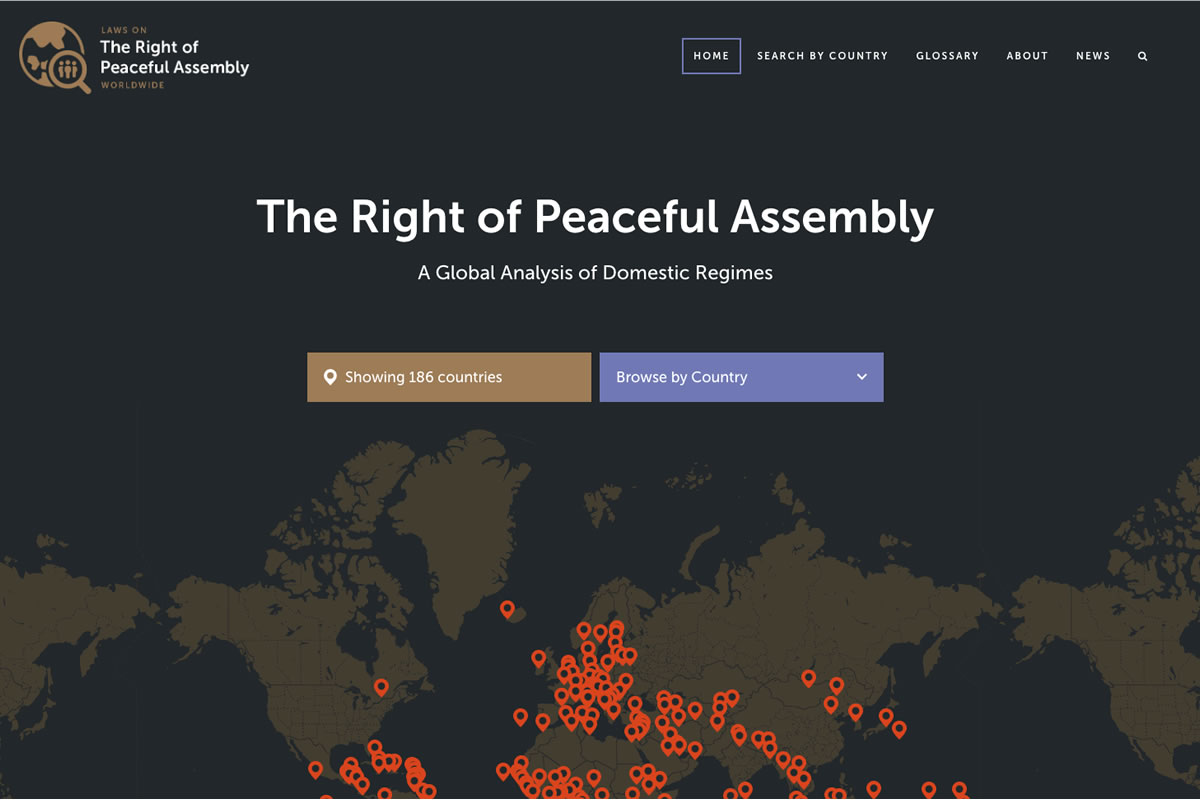 ICLA and the Centre for Human Rights are delighted to announce the launch of their new global online repository of laws on the right of peaceful assembly.

Laws on the Right of Peaceful Assembly Worldwide, at www.rightofassembly.info, contains legislation and regulations on the conduct and policing of assemblies in all 197 states recognised by the United Nations. In addition to summarising the content of the domestic laws governing when and how assemblies can be held, and when and how the police or other law enforcement agencies can intervene to disrupt or disperse an assembly, the new website assesses the regimes' compliance with international law and standards.

Where the domestic framework does not comply with international law, specific recommendations are made to amend or adopt legislation to ensure that peaceful protest and all other forms of peaceful public assembly can proceed without unlawful obstruction. One worrying trend emerging from the research is the increasing use of counterterrorism legislation in some countries to suppress the right of peaceful assembly and criminalise its exercise.