The combined team of the law schools of the Université Félix Houphouët-Boigny, Cocody, Côte d’Ivoire, and Kenyatta University, Kenya, appearing as the applicants, emerged as the winners of the 30th African Human Rights Moot Court Competition, held on 24 September 2021 at Stellenbosch University, Faculty of Law. The runner-up is the combined team of Universidade Eduardo Mondlane, Mozambique, and Stellenbosch University.

This year’s African Human Rights Moot Court Competition was hosted by the Stellenbosch University, Faculty of Law. The event coincided with the 100-year celebration of the Faculty of Law, and 35 years since the founding of the Centre for Human Rights, University of Pretoria.  The Centre annually co-organises the Moot together with a faculty of law at an African university. Over its 30-year history, the African Moot Court Competition has taken place in 19 different African countries, with 175 universities participating. One university – Université Assane Seck, Zuiganchor, Senegal, participated for the first time in 2021

Eminent personalities and jurists served as judges in the final round. The Bench was chaired by Professor Thuli Madonsela, previous South African Public Protector. The panel comprised a representative from each of the three African Union bodies: Dr Solomon Dersso, Chairperson of the African Commission on Human and Peoples’ Rights, Justice Angelo Matusse, previously a Judge of the African Court on Human and Peoples’ Rights; and Dr Robert Nanima, member of the African Committee of Experts on the Rights and Welfare of the Child. Professor Laurence Burgorgue-Larsen, who teaches international law at the Sorbonne University in Paris, and who is a Judge of the Constitutional Court of Andorra, was the fifth Judge on the panel. 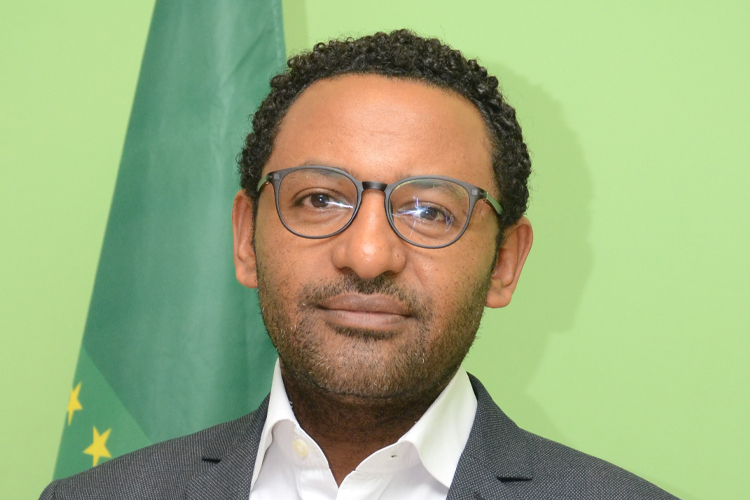 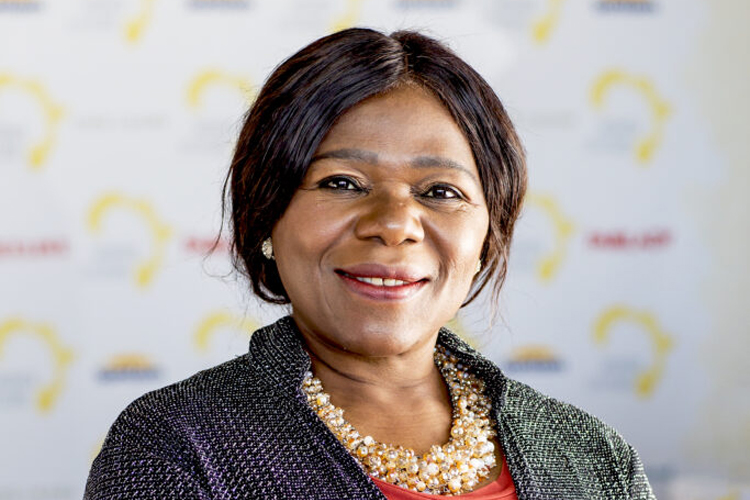 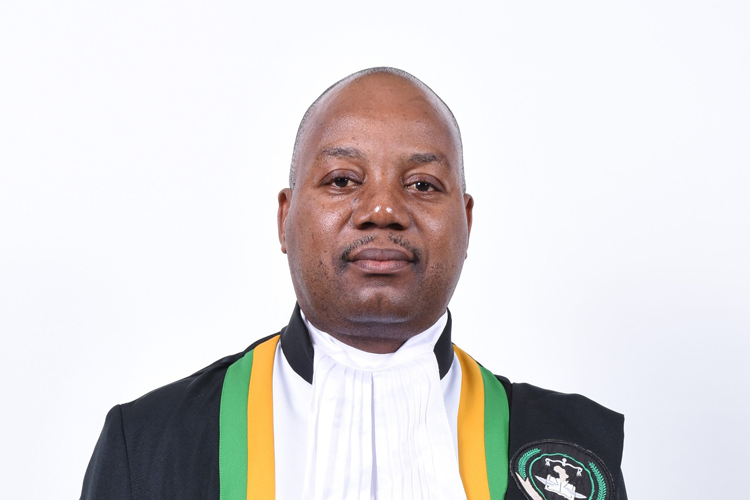 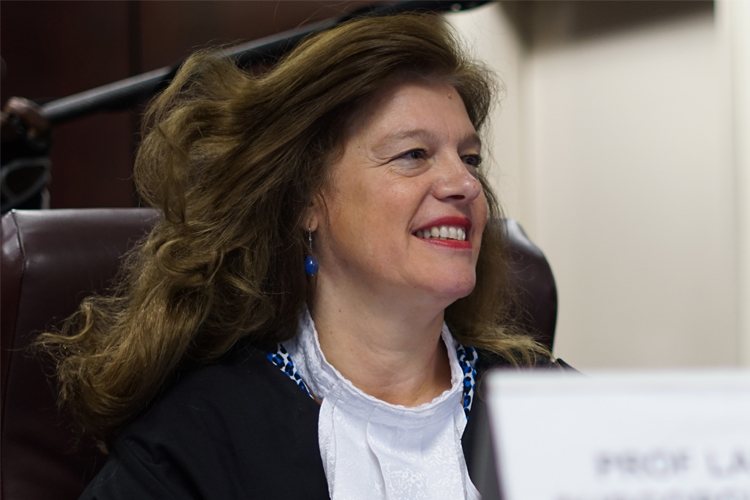 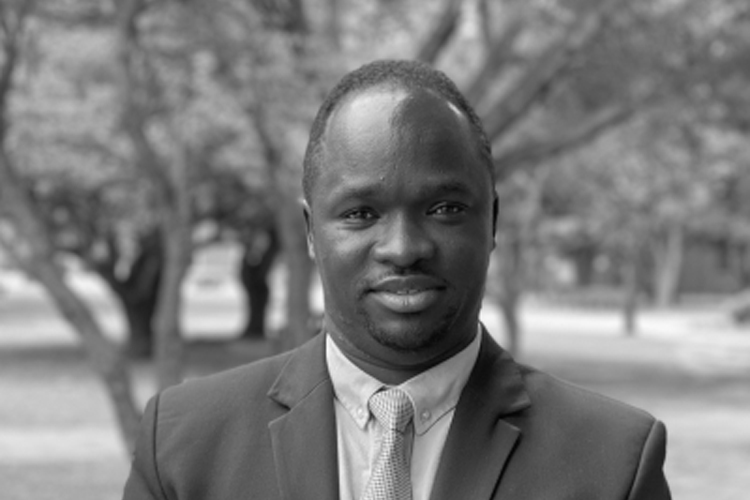 The presiding Judges remarked that the students in the final displayed great dexterity demonstrated incredible technique of persuasion and ability to think on one’s feet in answering judges’ questions. Professor Madonsela expressed her faith in the youth of our continent, based on the performance of the finalist teams.

Members of the winning team each received MacBooks, and the runners-up iPads. Following online preliminary rounds earlier in the year, 14 African Universities proceeded to the quarter and semi-final rounds.   After the semi-final round, Kenyatta University and Stellenbosch University advanced to the final as the best anglophone teams; and Université Félix Houphouët-Boigny and Eduardo Mondlane as the best French-language and Portuguese-language teams, respectively. The hypothetical case being argued focused on sexual and gender-based violence, child rights and rights of sexual minorities.

Professor Nicola Smit, Dean of the Stellenbosch Faculty of Law, underlined that the hosting of the Moot as part of the Faculty’s centenary celebrations showed its commitment to support an inclusive, progressive and transformative legal culture. 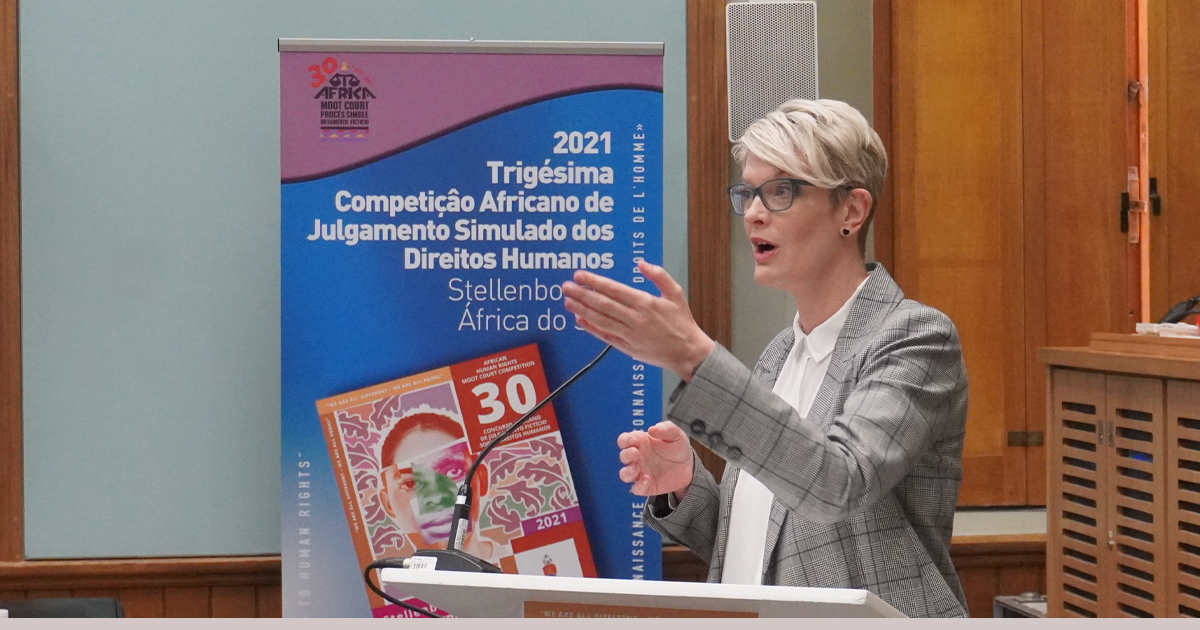 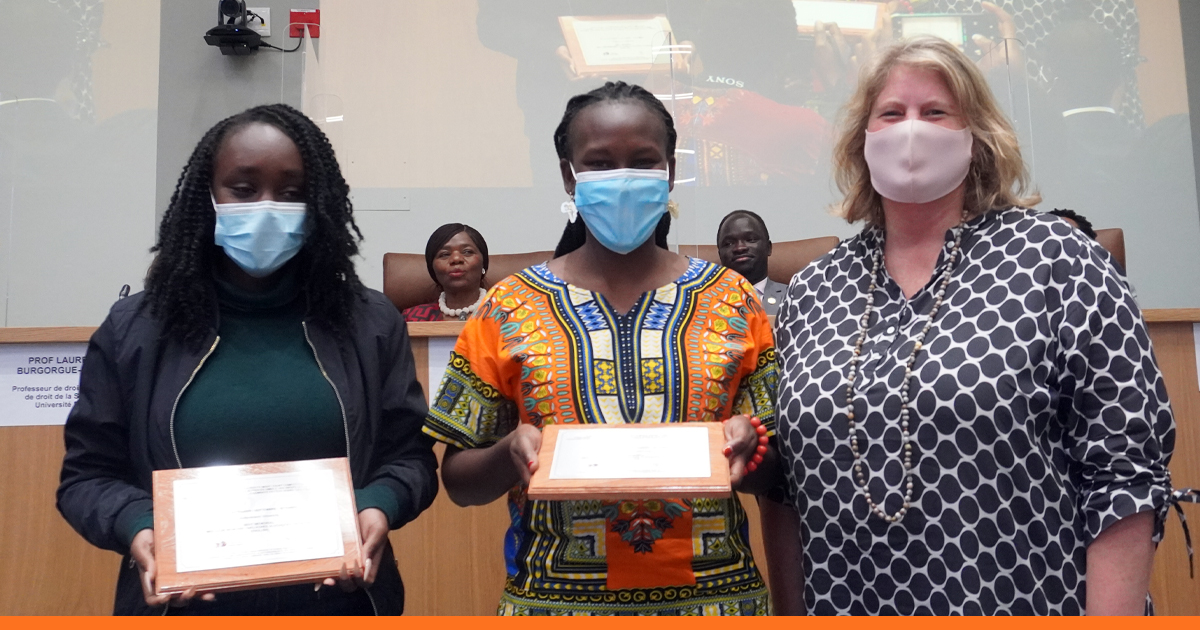 During his remarks, Prof Frans Viljoen, Director of the Centre for Human Rights, congratulated the local organising committee for hosting a brilliant Moot Court Competition, despite the numerous challenges presented by COVID-19. He paid tribute, in particular, to Professor Annika Rudman, whose dedication, professionalism and adjustability as the head of the local organising committee ensured the resounding success of the 2021 Moot Competition. He also celebrated the gigantic contribution and endless devotion of the Centre’s Moot Coordinator, Sayaad Ahmed, and the rest of the Centre team. Prof Frans Viljoen, Director of the Centre for Human Rights

“memory and recognition of Christof’s role the as the Moot’s founding father and sustaining driving force over many decades”.

Professor Heyns, internationally renowned human rights lawyer, a legal educator and founding father of the African Moot Court Competition passed away in March this year while hiking in the mountains just outside Stellenbosch. 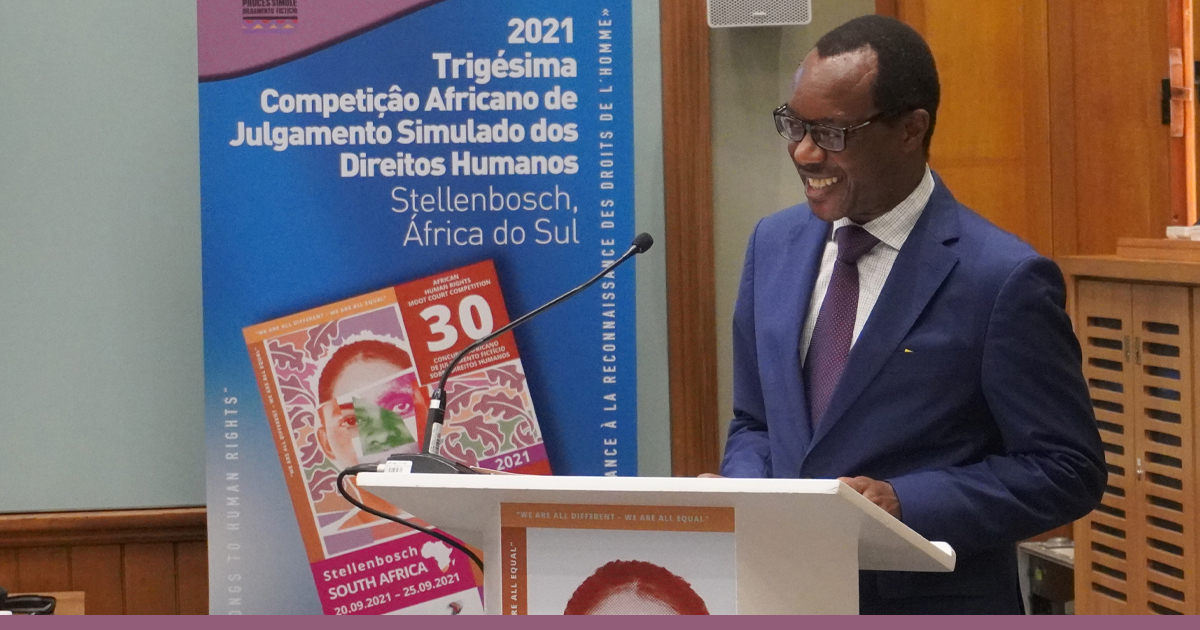 Professor Tawana Kupe, Vice-Chancellor and Principal of the University of Pretoria

During the final round, the following prize winners of the preliminary rounds were also announced:

One of the days of the Moot Court Competition was devoted to explore in more detail the themes of sexual and gender-based violence, on which the hypothetical cases was based. Justice Edwin Cameron delivered a virtual opening address to set the scene for the in-person and hybrid "stream" (focused on the "The responsiveness of the African human rights system to sexual and gender-based violence"). The second exclusively virtual stream dealt with "Diversity and gender identities and expressions", and  Liberty Matthyse, of GenderDynamix, made the opening remarks. 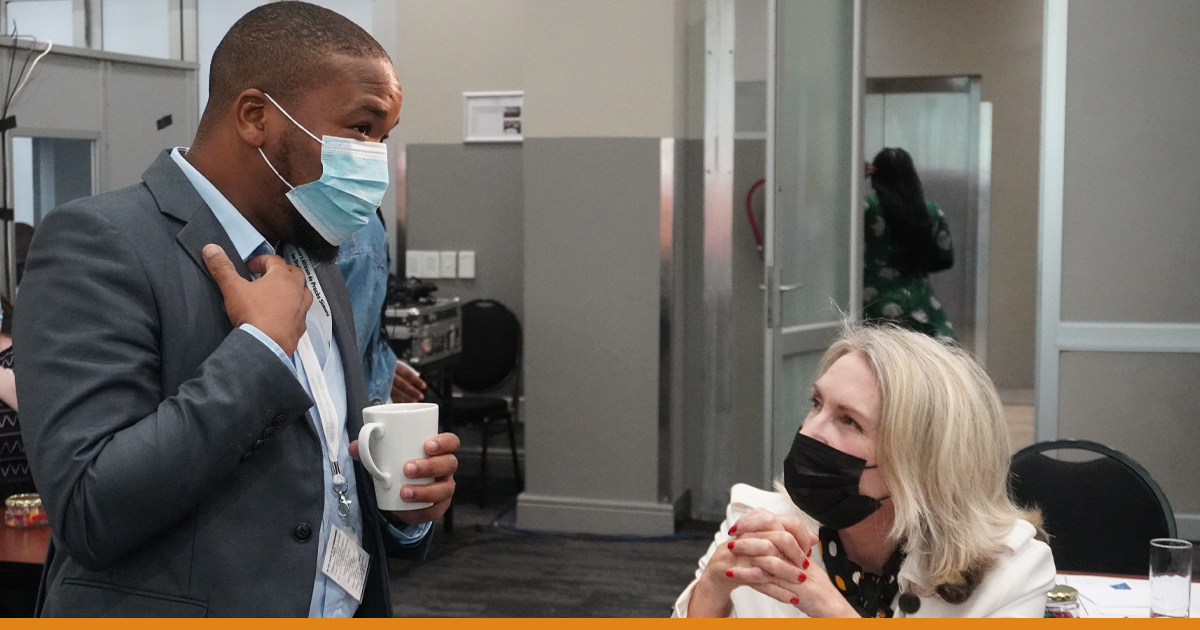 The Centre for Human Rights and the Stellenbosch University, Faculty of Law acknowledge and thank the funding partners for the 2021 African Moot Competition: the Government of the Flanders, the European Union (as part of its support to the Global Campus of Human Rights), Konrad Adenauer Stiftung, Raoul Wallenberg Institute, Swedish International Development Cooperation Agency, Lexis-Nexis, the law firm Baker Mckenzie, Stellenbosch University, and the University of Pretoria (through the Centre for Human Rights)

In 2022 the Moot Court Competition returns to Egypt, Cairo, where it was hosted back in 2002.  The 2022 edition, flying for the first time under the flag of the Christof Heyns African Human Rights Moot Court Competition, is to be hosted by the British University in Egypt from 25 to 30 July 2022.