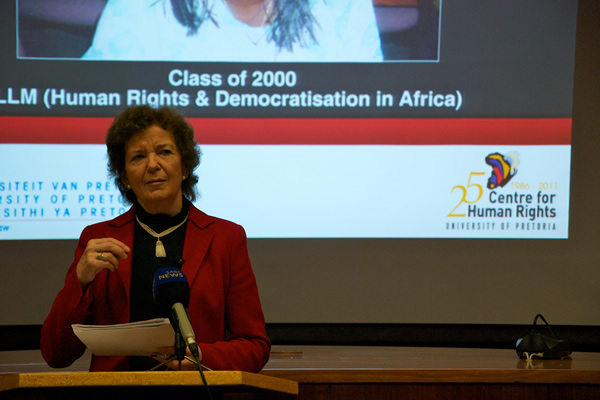 On Tuesday 29 November, Ms Mary Robinson, former President of Ireland, former UN High Commissioner for Human Rights, Founder and President of the Foundation for Climate Justice, and Extraordinary Professor at the Centre for Human Rights, presented the annual Helen Kanzira lecture in Senate Hall at the University of Pretoria. HE Brendan McMahon, Ambassador of the Republic of Ireland to South Africa introduced Ms Robinson.

Approximately 200 guests attended the lecture in honour of Helen Kanzira, a graduate of the first class of the LLM in Human Rights in Democratisation in Africa at the Centre for Human Rights. Tragically, in 2007 she passed away in Uganda during childbirth. In commemorating Helen's spirit and dedication to human rights in Africa, the Centre for Human Rights also aims to bring attention to the unacceptably high rate of maternal mortality in African countries as a violation of women's reproductive health.

Through her lecture entitled, 'Climate Change and Human Rights: Connecting the Dots on Sexual and Reproductive Health', Ms Robinson illustrated the interdependence and indivisibility of human rights by seamlessly linking issues of climate change to women's health and gender equality. The guests, who ranged from students and professors, to representatives of various international organisations and national NGOs, were captivated by Ms Robinson's sharing of her personal experiences over the years wearing many 'hats' whereby she aimed, and in many cases succeeded, to influence actors of the international community to adhere to their international human rights obligations. She spoke also of her current participation in COP 17 and of her hopes for the conference outcomes, including that a wide representation of voices would be incorporated, including those of the women who are most marginalised and affected by climate change.

Generous financial support for the event was provided by Irish Aid, a partner of the Centre for Human Rights. 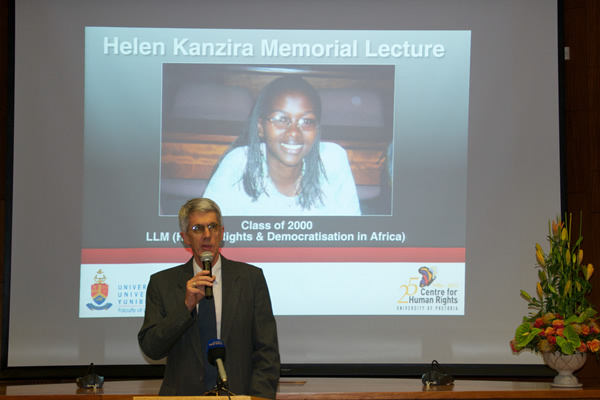 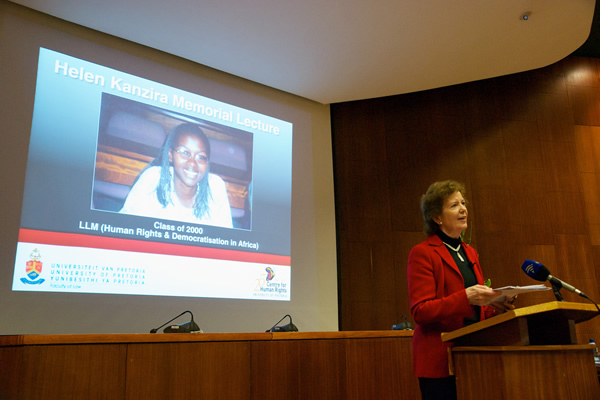 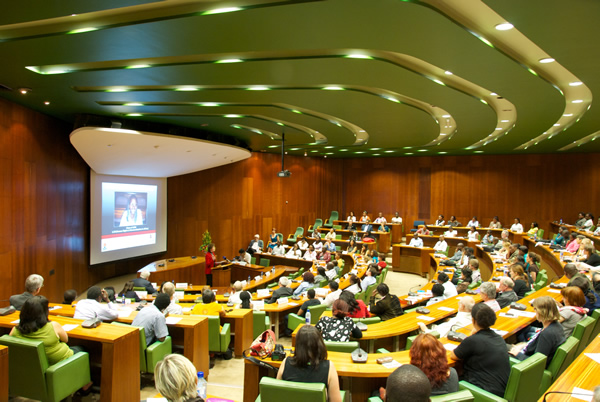