Op-Ed: Withdrawal from the ICC: A sad day for South Africa and Africa 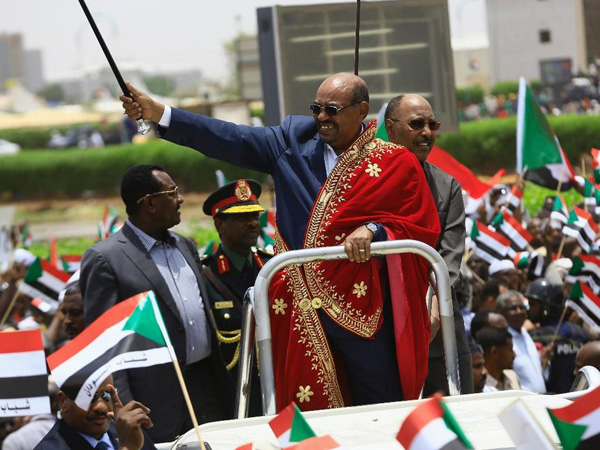 Sudan's President Omar al-Bashir waves to supporters during a rally against the International Criminal Court after arriving from Ethiopia, at Khartoum Airport in Sudan, July 30, 2016. /REUTERS

South Africa is withdrawing from the Rome Statute which established the International Criminal Court (ICC). The Minister of International Relations and Cooperation, Maite Nkoana-Mashabane, signed the Instrument of Withdrawal on 19 October, following a cabinet decision.

The minister states that the reason for the withdrawal is that:

[South Africa] has found that its obligations with respect to the peaceful resolution of conflicts at times are incompatible with the interpretation given by the International Criminal Court.

At a press conference on October 21 South Africa’s Minister of Justice and Constitutional Development, Michael Masutha, put forward further reasons. He said the Supreme Court of Appeal had held in the Omar al-Bashir case that the Implementation of the Rome Statute of the International Criminal Court Act, was in conflict with the Diplomatic Immunities and Privileges Act.

Because of this conflict the government decided that the ICC Act should be repealed and that South Africa should withdraw from the ICC. This, according to the Justice minister, will avoid a situation where South Africa cannot welcome foreign dignitaries that enjoy immunity under the Diplomatic Immunities and Privileges Act.

The minister noted that the government would withdraw its appeal of the Supreme Court of Appeal judgment to the Constitutional Court, a case that was set to be heard in November. The government had challenged the finding by the Supreme Court of Appeal that the obligations under the ICC Statute should take precedence over the customary international law norm of immunity.

According to Masutha, parliament will be informed about the cabinet decision to withdraw from the ICC statute and a bill to repeal the ICC Act will soon be tabled in parliament.

According to the minister the constitution is clear. To withdraw from a treaty is the prerogative of the executive. The minister reportedly stated:

It is the prerogative of executive to enter into, and also withdraw, from international agreements.

This is not correct. The relevant parts of section 231 of the Constitution provides that:

Clearly sub-section 3 is not applicable and the Rome Statute was indeed ratified by parliament in line with the provision of section 231(2). There is no provision in the Constitution on withdrawal. Clearly withdrawal does not fall within the executive’s power to negotiate and sign international agreements.

The South African government’s decision to withdraw from the ICC should not be seen in isolation. Indeed the African Union has called on its member states to withdraw from the statute. The ringleader of this movement, Kenyan president Uhuru Kenyatta, was upset over his indictment by the ICC (since withdrawn), but is yet to effectuate its own withdrawal.

One of the reasons is that Kenya is taking the parliamentary route and parliament has not yet approved the withdrawal. In Burundi, a state in crisis where international crimes have recently been perpetrated, parliament has voted for withdrawal from the ICC Statute and the president signed the bill of withdrawal.

It is not yet clear whose withdrawal will be the first to reach the UN secretary general, the depository of the ICC Statute. Will South Africa go down in history as the first country to officially withdraw support from the ICC since the infamous “unsigning” of the ICC statute by then US President Bush in 2001?

Chance of a challenge

South Africa’s decision to withdraw will be challenged but given the majority that the governing ANC enjoys in parliament, it is likely that in the end it will stand.

But, there is no need to throw the baby out with the bath water. If South Africa does withdraw from the ICC it may want to amend the ICC Act (not doing so would make withdrawal quite meaningless). But, parliament should not agree to repeal the statute as a whole but rather amend it. Thus genocide, crimes against humanity and war crimes should remain on the statute book.

The African Union alternative to the ICC Statute, the 2014 Malabo Protocol, remains a paper tiger as no state has yet ratified it.

When 15 AU member states have ratified the Malabo Protocol, the African Court of Justice and Human Rights could start to function with criminal jurisdiction. South Africa would then have to open the public purse to finance it. The court currently has state responsibility jurisdiction, which costs much less than criminal trials.

If the Malabo Protocol enters into force, the issue of immunity is taken care of. The protocol provides in article 46bis that heads of state and senior state officials enjoy immunity. It’s a sad day for international justice when those, the political leaders, who in many instances are most responsible for international crimes can evade justice.

This is an edited version of Prof Magnus Killander's article as it was published by The Conversation Africa.

Prof Magnus Killander is the Head of Research at the Centre for Human Rights,University of Pretoria.