Opinion piece: South Africa should keep standing up against violence against LGBT persons – at home and abroad 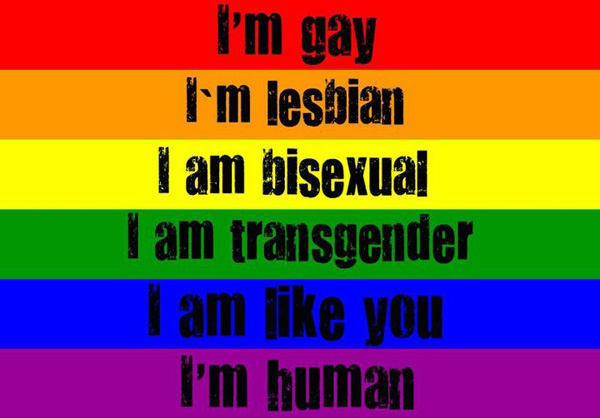 As the spotlight falls on the adoption of South Africa’s landmark Constitution, 20 years ago this year, one of its striking features -- the inclusion of the first-ever constitutional guarantee of non-discrimination based on sexual orientation -- is also under global scrutiny.

The scene is set at the current session of the United Nations (UN) Human Rights Council, taking place in Geneva, Switzerland, until Friday 1 July. The Human Rights Council is the UN’s primary human rights body, tasked with advancing and overseeing the protection and promotion of human rights in UN Member States. South Africa is currently represented in the 47-member Council.

Seven Latin American States (Argentina, Brazil, Colombia, Chile, Costa Rica, Mexico, Uruguay) have tabled a resolution calling for the establishment of an Independent Expert on Protection against Violence and Discrimination Based on Sexual Orientation and Gender Identity. One of the means through which the Council aims to ensure the realisation of human rights is the appointment of Independent Experts dealing with specific human rights themes (such as torture and violence against women).

Why South Africa should give its support

When the vote for this proposal comes up, which is expected on Thursday this week, South Africa should support such a new mechanism, for five reasons.

First, it aligns with our domestic constitutional obligation to address discrimination on any ground, given our own historical experience of racism and discrimination. It also acknowledges that legal provisions need to be given practical effect by putting in place effective institutional arrangements.

Third, it aligns with South Africa’s own strategy of a gradual and constructive approach that focuses on concrete solutions. In March of this year, South Africa organized and hosted the first regional African seminar on Finding Practical Solutions for Addressing Violence and Discrimination Based on Sexual Orientation, Gender Identity and Expression, which made a series of recommendations that are exactly the measures that an Independent Expert could support.

Finally, it builds on a series of positive recent developments elsewhere on the continent where African leaders, governments, parliaments, courts and national human rights institutions are standing up for the rights of sexual minorities. At the UN, 15 African States have made voluntary commitments to combat violence on the basis of sexual orientation and gender identity, showing that there is clear momentum not just in the region but also worldwide and a need for guidance and support from the UN to support the fulfillment of these commitments.

No time for prevarication

The position taken by the South African government recently in Geneva that it would not support the appointment of such an expert hovered between actual resistance and unexplained reticence. Positive indications are that the South African government has now changed its initial approach and will support the proposed resolution. While the government is to be commended for finally adopting an approach in line with its constitutional obligations, one would hope that this is a also sign of more consistent coherence between domestic law and external positions on this topic.

In the past, South Africa’s international stance on sexual orientation and gender identity within UN structures has unfortunately not always been in harmony with its domestic constitutional position. Up to 2011, our support for lesbian, gay, bisexual and transgender (LGBT) persons’ rights was ambiguous at best. More recently, South Africa has been obstructing LGBT NGOs from being granted ECOSOC consultative status, and failed to expressly condemn draconian legislation to jail and persecute lesbian and gay people in countries such as Nigeria, The Gambia and Uganda.

South Africa’s contradictory stances at home and abroad have been ascribed to its concern for solidarity with Africa. Although one appreciates the quest for regional acceptance, this sentiment cannot be invoked to give credence to the notion that protecting LGBT persons against violence is “un-African”. The recent decriminalisation by Mozambique and the Seychelles of same–sex sexual relations between consenting adults, the fact that many countries in the region have never criminalized same-sex relations and that several support the proposed resolution at the Human Rights Council and have shown openness to dialogue on this issue, confirm that the view on this issue among African states is varied and changing. The notion of a united African front on this issue has been further eroded when two African states (Angola and Benin) emerged as co-sponsors of the resolution currently under consideration.

There is no room for doubt.  If South Africa does not support the establishment of the Independent Expert, it will send a terrible message that South Africa is turning its back on the widely documented killings and brutal violence that people continue to face – in South Africa and in the rest of the world – on the basis of their sexual orientation and gender identity. In effect, it would deny the LGBT community the right to live in dignity.

Our Constitution stands proud in its defense of the fundamental dignity and rights of all persons without exception. Ours is a proud history of combatting unjust violence and discrimination.  By putting its weight behind this resolution and defending it from attacks, the South African government will not only affirm the values of our celebrated 20-year old Constitution, but also ensure that the promise of the AU’s Year of Human Rights is made real for some of those who are most vulnerable to violence on our continent.