Op-Ed: What difference does the UN human rights treaty system make, and why? 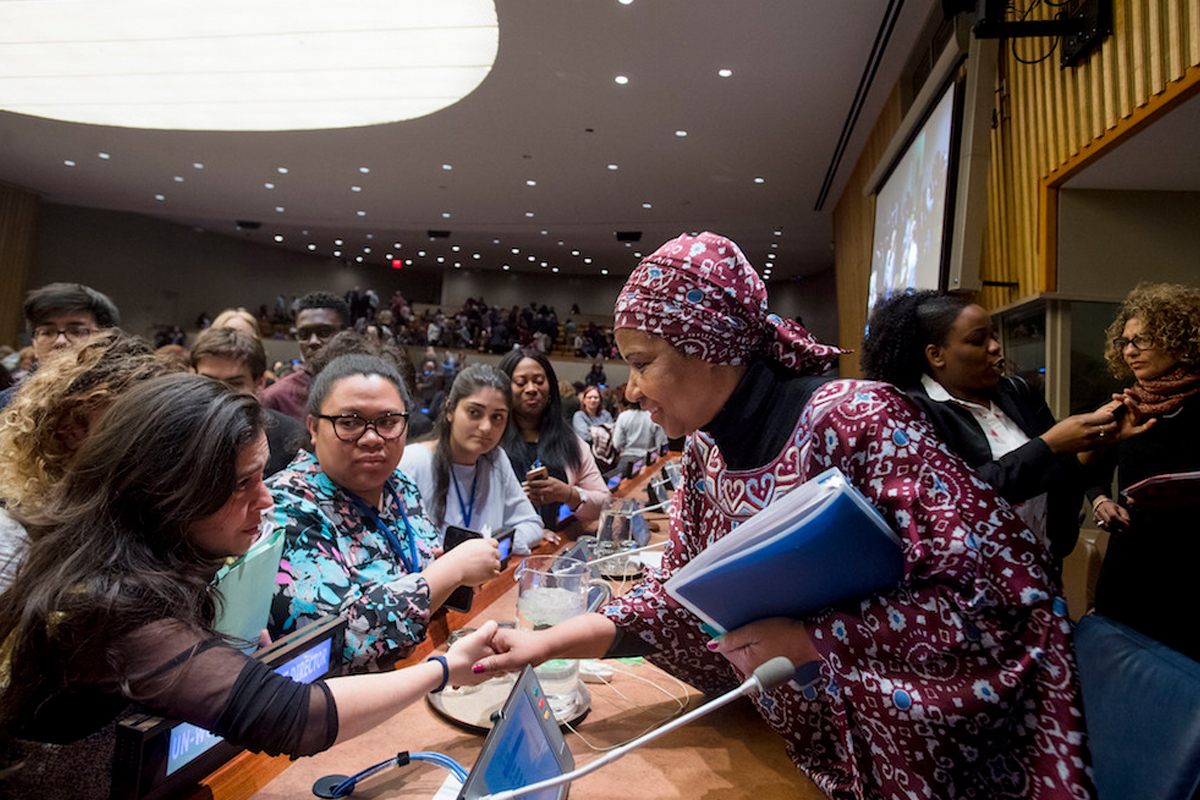 A new, global academic study to answer this question is launched in collaboration with the UN High Commissioner for Human Rights.

The UN treaty bodies system has operated for the last more than half a century on the premise that it makes a difference where it matters: on the ground, in all countries around the world. Yet there is very little evidence available of the extent to which it actually makes such a difference, and why. It is hard to see how the system can survive—or for that matter be reformed, or even understood—without a much clearer picture of its impact and the forces that drive it.

An comprehensive research project on the impact of the treaty system, which started some years ago, is now being expanded into a global study aimed at filling this gap.

The first steps of the study were taken two decades ago by a team of researchers coordinated from the University of Pretoria, in collaboration with the UN Human Rights Office (OHCHR). In 1999, Mary Robinson, then High Commissioner for Human Rights, tasked the two authors of this post to conduct a study worldwide to answer the following question: To what extent can it be shown that the main human rights treaties (there were six at the time) and the work of the treaty bodies have influenced domestic human rights practices in a sample of 20 UN member States, representing the different UN regions? What tangible evidence is there, for example, that the treaty system has influenced the constitutions, the legislation, the judicial decisions or the policies of these countries? Is it taught in the law schools? What can be done to enhance its impact?

The researchers documented numerous instances of impact, and we were in a position to draw general conclusions, published as a book and an article. This included that the evidence showed that the treaty system has had an enormous impact on the protection of human rights on the ground, in particular through the—recognized or unrecognized—incorporation of treaty norms into domestic law.

The evidence showed that the treaty system has had an enormous impact on the protection of human rights on the ground, in particular through the incorporation of treaty norms into domestic law.

The following factors were found to be among those that have enhanced its impact: a strong domestic constituency for specific treaties; national action plans; and the windows of opportunity that comes with a change to democracy. We also laid strong emphasis on a greater emphasis on the role of national human rights institutions in mediating impact, and for them to do follow-up.

Factors found to have limited the impact of the system included the following: concerns for State sovereignty; a lack of knowledge of the system; the absence of a robust domestic human right culture; ineffective coordination between governmental departments; an ad-hoc approach to reporting; federalism; reprisals against human rights defenders; a preference for regional systems; and weak follow-up by treaty bodies.

We reported a rallying cry from many far-flung countries that ‘Geneva is very far’—not only in terms of geography but also in terms of accessibility and psychological ownership. And we proposed that the treaty bodies should consider holding some of their meetings away from  UN headquarters in Geneva.

Now, twenty years later, we are reviewing the same 20 countries, again with the help of researchers based in the respective countries, and again in collaboration with the OHCHR. We are asking the same questions. This study is now nearing completion, and we plan to publish it in the middle of next year, this time, with Professor Rachel Murray from Bristol University as co-editor.

The data from the more recent study is still coming in. So far, the results provide further evidence of the strong impact of the system in most countries. However, a systematic analysis will only be possible once all the data has been gathered.

In the meantime, some of the issues identified up in the earlier study have been taken up within the system. There is for example a much stronger recognition of the role of national implementation and monitoring mechanisms. The Disability Rights Convention adopted in 2007, explicitly calls for creation of national ‘focal points’ and the designation of national human rights institutions to promote, protect and monitor implementation of the Convention.

Twenty years later, we are reviewing the same 20 countries, again with the help of researchers based in the respective countries, and again in collaboration with the OHCHR.

The earlier study had made proposals for the establishment of inter-departmental fora to deal with reporting and implementation, along the lines of the “National Mechanisms for Reporting and Follow-up” now being implemented.

The need to ‘bring the system closer to the ground’  is now recognized by a range of NGOs in preparation for the 2020 review of treaty bodies. The idea of treaty body meetings outside Geneva was advanced again by Heyns and Gravett in a blog two years ago, also on the basis of the regional experience, and the first such meeting for a UN treaty body is now being planned for 2020.

During the course of these two studies, we became very aware of the importance of getting a clear picture of the impact of the system, but also of the limitations of what we were doing. With only 20 countries covered, the sample size is quite limited; and, providing a snapshot at a particular moment in those countries means they are quickly overtaken by events.

Following wide consultation, we are currently in the process of setting up an online database, where information on the impact of the system in all UN member states will be posted. The 20 country studies mentioned above, as well as the supporting documentation, will for a start be posted on a website. In the meantime, clinical groups are being formed at universities around the world, where international students are gathering the relevant information on their home countries, to be posted on the website. We anticipate that up to 50 new countries will be covered per year and ones covered earlier will be updated. In an era of crowd-sourcing, contributions from all interested parties—NGOs, individual researchers etc.—will be solicited.

This will be a large-scale and long-term research project, but hopefully it will help to allow the collective wisdom of people anywhere in the world to ensure that the treaty system remains as effective and as responsive to the needs of our time as is possible. It is also intended, in some way, to be a response to the lament that ‘Geneva is very far’ and to ensure that the treaty system is brought closer to the actual rights-holders, even if only virtually.

The treaty system has played a pivotal role in developing the substantive norms of the global human rights project over the last six decades. The future of the treaty system depends on whether it will continue to lead the way on substance, but more is required: it will have to enhance its visibility and broaden its ownership to a global audience, and treaty norms will have to find their way into domestic law and practices. This is the gap that the new study aims to help fill.