Op-Ed: The Potential for Digital Solutions in Voter Engagement in Africa 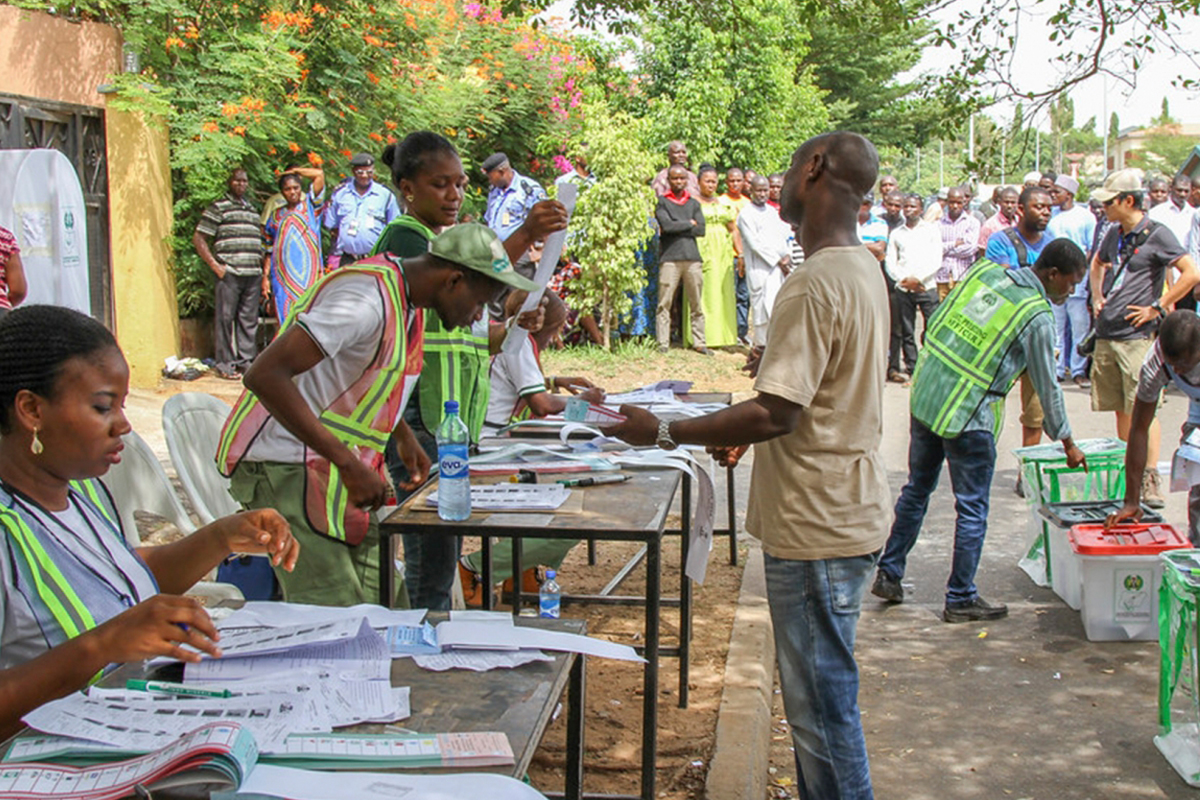 (Op-Ed by Marystella A. Simiyu)

The inability of countries to ordinarily hold elections and undertake electioneering is one of the many disruptions brought by the COVID-19 pandemic.

Historically, in Africa election campaigns are characterised by huge rallies, but given that social distancing is critical to the containment of the coronavirus these more traditional in-person electioneering methods are unfeasible. This necessitates countries that intend to proceed with their elections to adopt alternative technologies such as digital tools to ensure meaningful and comprehensive voter engagement. Adoption of technological solutions by Election Management Bodies (EMBs) and political candidates in voter engagement can ensure that that the right to vote can still be exercised by a well-informed electorate. However, African countries have yet to provide an enabling environment for meaningful integration of technological solutions in elections while addressing the challenge of information disorder that the technologies create.

According to the 2020 African election calendar, at least 23 countries were poised to conduct some form of election. As at 8 September 2020, 13 countries have opted to postpone their elections, 9 have proceeded with their elections, and 7 countries are yet to hold their elections. A critical determinant on whether to postpone, proceed or cancel an election should be whether the country is in a position to conduct a free, fair and credible process amidst this public health crisis. To do so, a country has to analyse its ability to implement effective risk mitigating strategies to ensure that the health of voters, election officials, political candidates and other stakeholders is protected. In this context, it is not only the participation of voters that is necessary, but the engagement of an informed electorate that is achieved through both voter education and an understanding of the positions of the different candidates.

The countries that have so far conducted elections amid the pandemic have held political campaigns with varying outcomes. In Malawi, where the rerun of its 2019 elections was held on 23 June 2020, the leadup to the elections witnessed grave disregard of social distancing guidelines by both the ruling party and opposition candidates while on the campaign trail. Despite a ban on large gatherings of over 100 people, political candidates invested in extravagant rallies that attracted crowds in the thousands who shunned social distancing guidelines and Personal Protective Equipment. The rerun attracted a moderate voter turnout of 64%. As at the date of the election, Malawi had 803 reported cases of coronavirus and 11 deaths. As at 8 September 2020, Malawi had 5,621 reported cases and 176 deaths. While the decision to proceed with the elections in Malawi was necessary given the threat of a looming constitutional crisis, the environment it was conducted in presented a serious risk to the lives of voters. Across the continent, Benin held its local elections on 17 May 2020, and electioneering largely relied on posters and media appearances given a ban on gatherings of more than 50 people. The voter turnout was however low at 49.14%. Both Malawi and Benin did not register a high turnout despite the importance of their elections. While the determinants of voter turnout are complex, the health risks presented by COVID-19 most likely influenced voters not to participate in electioneering and ultimately to not exercise their right to vote.

The experiences of Malawi and Benin illustrate the need for African countries to adopt more efficient ways to facilitate voter engagement amid COVID-19 if they intend to proceed with elections. Traditional media including television, radio and print, is a time-proven alternative to in-person campaigns as well as a crucial platform for electoral discourse. Unfortunately, traditional media has been on a downward spiral given tough competition from online media and reduction in advertising revenue. While some media houses adapted to the increasingly digitised global setup and reinforced their online media presence, the economic crisis in the media industry has been further aggravated by the COVID-19 pandemic, limiting their ability to be a platform of information for voters.

Technological solutions have continued to flourish in the wake of the coronavirus. Even before the pandemic, social media was increasingly becoming a primary rather than a supplementary source of information for certain segments of the population such as the youth. Electoral stakeholders have in their sight a wide selection of online media platforms to facilitate safe engagement with voters. Facebook, YouTube, Twitter and WhatsApp are popular in Africa and have been used by EMBs, politicians and civil society to enhance political participation. This has been seen more actively in recent elections in South Africa, Kenya, and Nigeria among others.

To harness the advantages of traditional and online media solutions to keep the democracy free and fair is dependent on an enabling legal, political and economic environment. There has been an ongoing assault on media and internet freedoms in many African countries, with reported cases of harassment, intimidation, and arrests of journalists and other critical voices both offline and online. Further, the worrying use of draconian legislation articulated in archaic penal and media laws, emerging cybersecurity and cybercrime laws, and most recently, COVID-19 regulations, have further led to violations of freedom of expression and media freedom. The author of this piece collaborated in a recent study on the development of a disinformation tracker in sub-Saharan Africa that documented disinformation laws and their enforcement. A finding of concern is the disproportionate use of these regulations to silence dissenting voices, particularly during periods of unrest and elections. Take for instance Tanzania, set to hold its presidential elections in October. There are increased reports of curtailment of freedom of expression, media freedom and access to information in the leadup to the elections. Offline and online media have been accused of spreading false and misleading information for publications that were deemed critical of the government, and have had their operating licences suspended and received exorbitant fines. While combating disinformation is essential to ensuring access to accurate and credible information, Media and Information Literacy should be prioritised above criminalisation of disinformation.

Even if this hurdle is to be overcome, African countries need to invest in bridging the global digital divide. Internet penetration in Africa lags behind other continents at 39.3%. This situation is worsened by poverty, digital illiteracy, power supply challenges, poor Information and Communication (ICT) infrastructure, and the high cost of data. African countries need to quickly play catch up to ensure equal access to the internet for all of their voters.

Elections form a critical component of the democratic process. However, what needs greater emphasis is not only the conduct but the quality of elections. Meaningful voter engagement that in turns leads to an informed electorate is crucial to assessing whether an election is a genuine reflection of the will of the people. Where elections have to proceed, African countries need to empower online and offline spaces to ensure that this engagement is realised effectively. The African Commission has recently provided various guidelines on this including the Declaration of Principles on Freedom of Expression in Africa, and Guidelines on Access to Information and Elections in Africa. Governments have a duty to promote, protect and fulfil freedom of expression and access to information both offline and online in line with accepted international laws and practices to promote the development of an informed electorate.