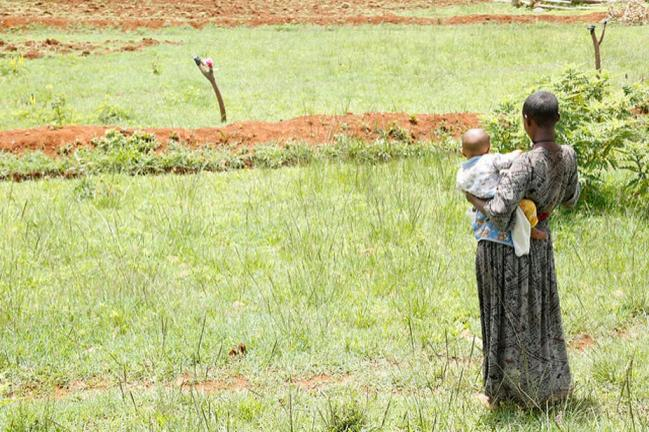 Mauritius has been shaken by the news of the death of a 13-year-old pregnant girl who was married. Her death was particularly shocking because the country doesn’t have a high child marriage rate. It’s extremely low compared to countries like Niger where 76% of brides are children or the Central African Republic where the figure is 68%. In fact it’s so low that no recent studies have been done to estimate the number of child marriages in the country.

Though rare, child marriages do take place and Mauritians typically turn a blind eye. But the death of the girl has sparked discussion on the state’s obligations to protect children from early marriage.

The child’s death happened just a few days before the second global meeting of Girls Not Brides, a global partnership of more than 900 civil society organisations committed to ending child marriage.

In Mauritius, the girl’s death demonstrated that the issue must be given priority to ensure that children are protected.

The legal age of marriage in Mauritius is 18. But minors aged 16 and 17 can get married with the consent of either their parents or, in their absence, a judge.

Child marriage is defined by UNICEF as “formal marriage or informal union before age 18”. The African Children’s Charter includes the marriage of children below the age of 18 as a harmful practice that children must be protected from.

In Mauritius formal marriages can only happen from the age of 16. But a good number of informal unions take place before that age. It’s impossible to know how many there are because they’re not registered.

In Africa in general, several factors have been identified as contributing to child marriage. They include gender inequality, cultural and religious norms, poverty, and inadequate legal frameworks. All are present in Mauritius.

In some cases the marriages are consensual, for instance when two minors fall in love. When this happens, parents may prefer to give their consent for marriage to avoid the stigma that comes with teenage pregnancy, and the knowledge that their children are having sexual relations.

Child marriage affects children negatively in a number of ways.

Firstly, the young “wife” has to take care of the household which more often than not means that she can’t pursue an education. Secondly, there are negative health effects on the girl child which are often pregnancy related. Teenage girls are not physically prepared for pregnancy. As a result they can face the dangers of premature labour, complications during delivery, and even maternal mortality.

As teenagers they’re also not psychologically prepared for motherhood.

The international community has adopted several legal instruments to eliminate the practice. Mauritius has in fact ratified the Protocol on the Rights of Women in Africa and the African Children’s Charter. Both have strong provisions against child marriage. The country did, however, place a reservation to article 6(b) of the Maputo Protocol which prohibits the marriage of a girl under 18 years of age.

As a country that’s party to the African Children’s Charter, the UN’s Convention on the Elimination of all forms of Discrimination Against Women, and the Convention on the Rights of the Child, Mauritius has an international obligation to ensure that no person below the age of 18 gets married. It must also protect the rights of a child, which include the right to education, health, and to be protected from maternal mortality.

Given these commitments, why does Mauritius continue to sanction child marriages and tolerate informal unions involving minors?

One possible explanation is that some cultural groups, such as the Muslim Family Council in Mauritius, tolerate child marriage. Moreover, politicians don’t question the practice because they don’t want to lose votes.

As a first step Mauritius should harmonise its obligations by doing two things: withdrawing its reservations to the child marriage article of the Protocol on the Rights of Women in Africa and ratifying the Southern Africa Development Community Gender Protocol, which criminalises child marriage. These steps would demonstrate that it had the political will to end child marriages.

Mauritius must also repeal laws that allow for child marriage. This will include amending the Civil Code to prohibit any minor below the age of 18 entering into a marriage, whether or nor they have consent from their parents.

In addition, the country must finalise and pass the Children’s Bill, which been in the making for the past decade. It should take into account the best interests of the child and include a section on the prohibition of child marriage. This should include formal as well as informal unions. The Bill should also make it a crime to officiate a marriage where one, or both of the parties, are under the age of 18.

The Mauritian government should also issue maximum penalties to anyone found to have had sex with a minor under the age of 16.

Beyond all this, government institutions such as the Office of the Ombudsperson for Children, in collaboration with civil society organisations, should embark on far reaching sensitisation programmes that highlight the dangers of child marriage.