Op-Ed: Next steps to getting Africa’s protocol on women’s rights implemented 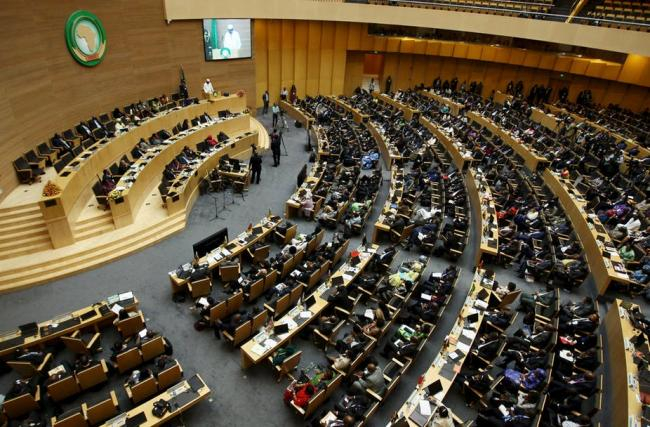 Other examples include the African Women’s Decade (2010-2020), adopting the African Union Gender Policy and creating a fund for African women. In addition, the AU declared 2016 the year of human rights with a particular focus on the rights of women.

Despite the protocol’s adoption, the violation of women’s rights is still widespread across the continent. The list is long. But some of the more egregious acts include violence against women, child marriage, gender-based discrimination and exploitative widow rites. The reasons for these range from culture, to tradition, ignorance, lack of education and patriarchy.

The problem is that the protocol’s provisions remain mere words on paper. This is because its potential has been stifled by a weak monitoring and evaluation function.

There is a solution to the problem: the creation of an institution whose sole purpose is to protect women’s rights. But it will require political will and a commitment to make the necessary funds available.

The protocol was considered the turning point for the protection of women’s rights in Africa. It is a comprehensive document that contains several innovative provisions to curb violations of women’s rights.

Some of its ground breaking provisions include the prohibition of female genital mutilation and child marriage, the right to abortion in certain cases, the obligation to punish perpetrators of violence against women, and the allocation of budgetary resources to realise women’s rights.

If put into practice, the Maputo Protocol would go some way in ensuring that women’s rights are realised. But states aren’t doing enough. And they are rarely held accountable for their failures.

The African Commission, as the monitoring body, has been trying to do its bit. For example, the protocol is considered when states do their reporting. The Special Rapporteur is also required to popularise the protocol’s provisions.

But the Commission has its hands full trying to keep up with all the other human rights listed in the African Charter.

I would argue that to fully realise the rights set out in the Maputo Protocol, a separate institution needs to be established to oversee its implementation. An example of how this could work is already in place when it comes to children’s rights. Children are protected by the African Children’s Charter. The African Committee of Experts oversees implementation. Women need similar protection mechanisms.

A separate institution would focus only on women’s rights. It would draw its inspiration from the children’s committee. This committee has taken huge strides since its inception including conducting child-specific research, the adoption of general comments and the frequent consideration of state reports on the implementation of the African Children’s Charter.

Establishing a new institution, however, will face resistance. The fact that the Maputo Protocol was adopted as a supplement to the African Charter demonstrates that the drafters of the Protocol did not want the document to be read separately. This could become the basis of the argument against the creation of a new and separate body to oversee the Maputo Protocol because the Charter is implemented under the auspices of the African Commission.

However, the Protocol is a stand alone document that should not depend on Charter’s provisions. An alternative option would be to strengthen current mechanisms instead of establishing yet another institution. But reinforcing existing mechanisms would not be as effective as creating a a separate entity with a singular focus.

Because the African Commission has several other mandates to focus on, the creation of a new institution would free the Commission of its obligations in the area of women’s rights, allowing it to use its resources to champion universal human rights.

Indeed, resources are likely to be the biggest challenge to the establishment of an African women’s rights body. But, expensive or not, Africa cannot escape the importance of women’s rights in the contemporary world. The African Union must be encouraged to dedicate itself to raising funds to ensure that those rights are properly protected. Declarations, meetings and protocols will be futile unless the African Union drastically reforms the current system to ensure that women’s rights are realised.