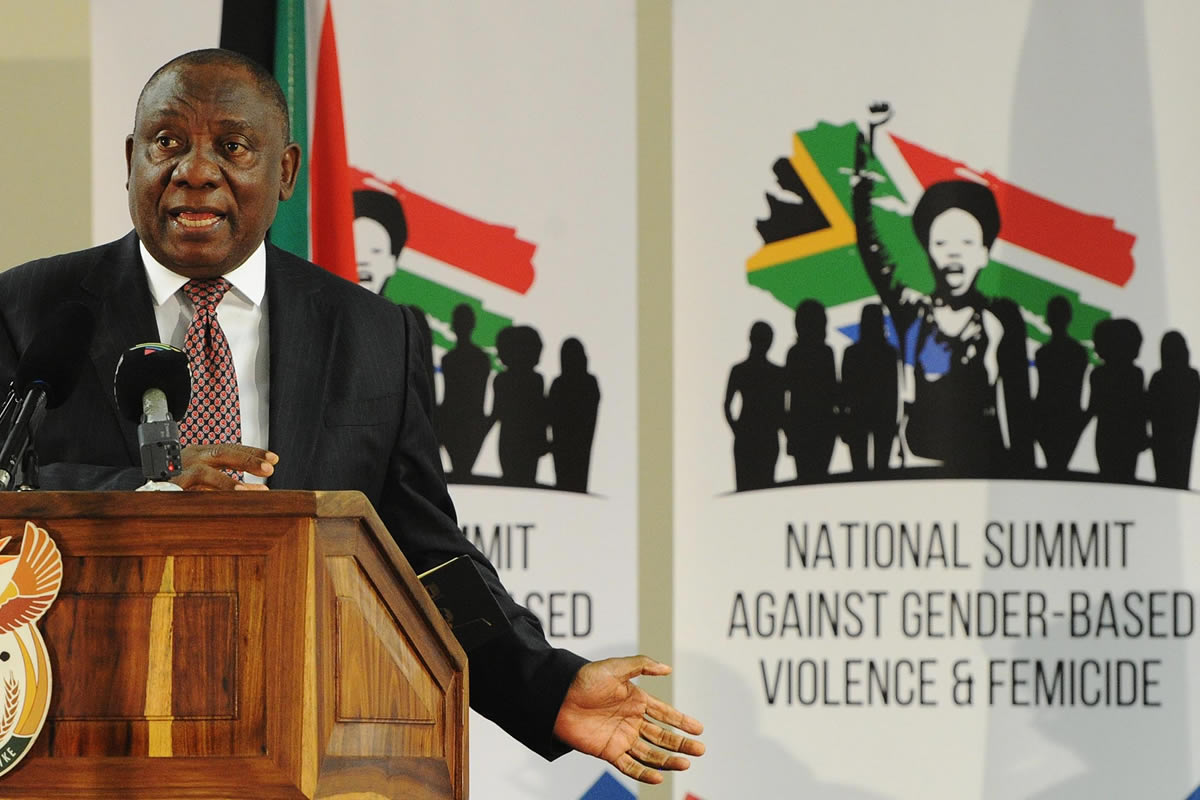 Civil society organisations working on gender-based violence (GBV) express concern over the slow pace at which the South African Presidency is addressing issues identified at the National Summit against Gender-Based Violence and Femicide.

On 4 February 2019, the suspected murderers of 23 year-old Linda Matati are finally on trial after years of postponements. Co-accused Thabo Happy Mosia and Julian Ntoyi face charges for the 2016 kidnapping, rape and murder of Matati, in addition to other charges.

Civil society organisation ask why the wheels of the justice system turn so slowly when it comes to delivering justice for womxn in South Africa. Womxn continue to suffer unspeakable atrocities and even death at the hands of men. When will the government take action to end GBV?

President Cyril Ramaphosa committed to listen to women’s calls for a plan to end GBV and for that we commend him. His office moved swiftly to convene the Presidential GBV and Femicide Summit held on 1 and 2 November 2018 following the delivery of 24 demands from womxn across the country on 1 August 2018.

The outcome of the summit included a Declaration calling for the immediate establishment of an adequately funded Interim Structure, with the eventual objective of establishing a national Multi-sectoral Council.

To date the Declaration remains unsigned and the interim structure does not yet exist. We call on the President to sign the declaration to demonstrate the government’s commitment to ending GBV.

(a) be established within six months of the date on which the Summit Declaration is signed by the signatories;
(b) be allocated with adequate resources for its optimal functioning;
(c) be governed by a legislative framework to ensure effective functioning. This legislation may be developed subsequent to the establishment of the Council, and according to the timelines determined by the Interim Structure;
(d) have the composition that is inclusive and multi-sectoral in its representation with the consideration of at least 51% civil society membership. However, the anticipated higher figure of representation of the civil society to the Council should, by no means, be construed as applying to voting powers. This is to ensure compliance with the principles of fairness and justice when the voting powers are exercised;
(e) ensure transparency in the appointment of any person to the Council; and
(f) be championed by the President of the Republic of South Africa;

The National Strategic Plan against gender-based violence and femicide must be developed within the next six months, commencing from the date on which this Declaration is signed by the signatories.

The National Strategic Plan must be:
(a) adequately costed and resourced;
(b) implemented by the multi-sectoral stakeholders; and
(c) monitored and evaluated on a regular basis by the national multi-sectoral Council;

The existing laws and policies applicable to gender-based violence and femicide must be reviewed to ensure that they are more victim-centred and responsive. The review process must be fast-tracked and the identified legislative gaps addressed without further delay.

The finalisation of outstanding Bills that relate to gender-based violence and femicide, as well as the protection of the rights of womxn and girls, must be fast-tracked. These include the Prevention and Combating of Hate Crimes and Hate Speech Bill, the Victim-Support Services Bill, the Traditional Courts Bill, as well as the consideration of the decriminalisation of sex work.

We call on President Ramaphosa to ensure that both his office and the relevant ministries implement these interventions as a matter of urgency. In an election year, political parties must put the issues of womxn at the forefront of their planning if they expect to receive our votes.