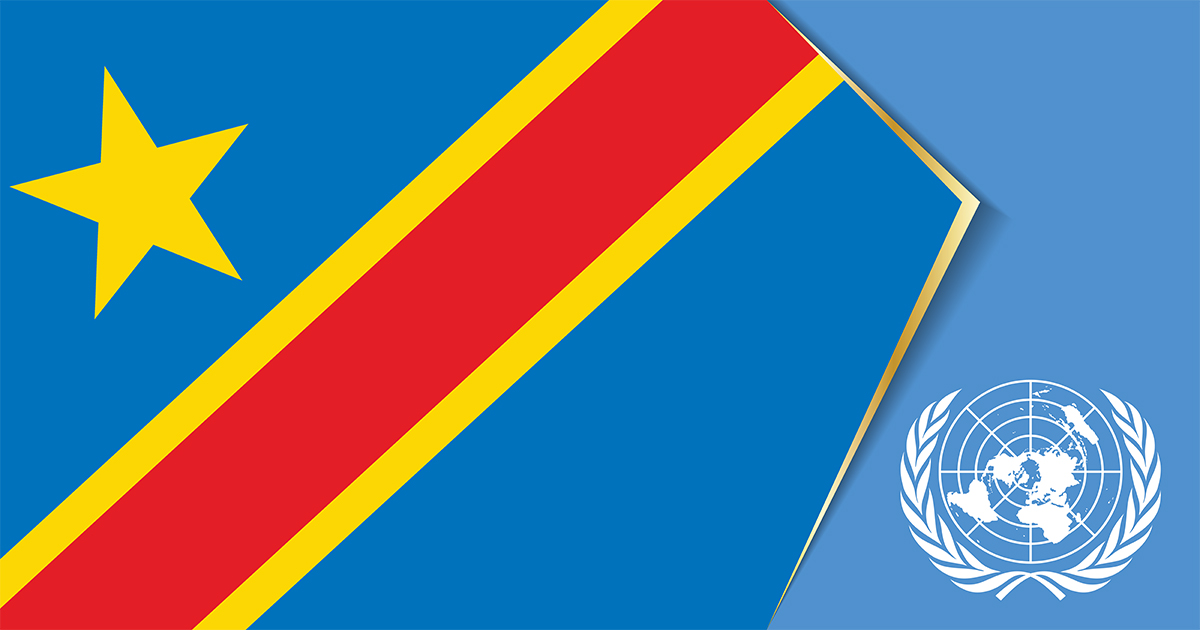 The Centre for Human Rights, Faculty of Law, University of Pretoria (Centre), welcomes the decision of the United Nations Human Rights Committee (HRC) holding the Democratic Republic of Congo (DRC) responsible for the extrajudicial execution of Pascal Kabungulu, a prominent human rights defender, at the hands of state agents. The Centre calls on the DRC government to give effect to the HRC’s decision and bring those responsible to justice.

In its finding of 6 November 2020, the HRC found that the government failed to investigate, prosecute and convict the alleged perpetrators of the assassination of Pascal Kabungulu in Bukavu, South-Kivu Province (Eastern DRC) on 31 July 2005, and to provide security guarantees to his family. According to the HRC’s ruling, three uniformed men assassinated Kabungulu at his residence in the presence of his relatives and children. Fifteen years have elapsed since the trial started without a final ruling in the matter, and the case docket could no longer be found. It also appeared that while the trial on Kabungulu’s assassination was pending, the main mastermind of the crime was promoted and allowed to serve the army in another region.

The HRC held that these circumstances amount to the violation by the DRC of the rights under the International Covenant on Civil and Political Rights (ICCPR) to an effective remedy, the right to life, the prohibition of torture or cruel, inhuman and degrading treatment and of arbitrary, and to the privacy of Pascal and his the widow and children.  The HRC directed the DRC to re-open investigations and to prosecute and punish those responsible for the assassination.

As a state party to the ICCPR, and to the Optional Protocol thereto that allows individuals to submit complaints to the HRC, the DRC has committed itself to implement the HRC’s finding.

Over the last three decades, the Eastern DRC has been a fertile ground for extrajudicial killings of human rights defenders, which often end up not being properly investigated or prosecuted by the government. Reporters Without Borders noted the flagrant impunity subsequent to the murder between 2005 and 2008, in Bakavu, of three journalists including Kabungulu. Despite some attempts by the government to launch investigations and prosecutions, they were not carried through. Recently, human rights activists and Nobel Peace Prize Laureate Dr. Denis Mukwege launched advocacy campaigns to ensure the prosecution of mass atrocities committed between 1993 and 2003, which have so far gone unpunished and deprived thousands of victims of justice and reparation.

Against this background, the HRC’s ruling is an important step towards the provision of justice to direct and indirect victims of extrajudicial killings, in particular, DRC-based human rights defenders and journalists. It translates into practice, the theoretical importance of complementarity between domestic and international human rights organs. This is more important in countries where victims face threats to their security and lives and legal technicalities are constantly used by the very judicial institutions before whom they seek justice to stifle the drive for accountability, as was the case in the Kabungulu assassination. This complementarity has recently been strengthened with some other international human rights and international humanitarian law crimes perpetrated in DRC being investigated and prosecuted before the International Criminal Court.

The HRC’s decision provides the DRC with an opportunity to combat the impunity of human rights violations. Since the coming into power of President Felix-Tshisekedi in January 2019, the DRC has made important strides to increase remedies available for victims of human rights violations. On 8 December 2020, the DRC deposited with the African Union Commission instruments of ratification of two important African human rights treaties. The first will enable victims of human rights violations to submit complaints directly to the African Committee of Experts on the Rights and Welfare of the Child. The second is the indirect access to the African Court on Human and Peoples’ Rights, through the African Commission on Human and Peoples’ Rights. This commitment will be seen as purely of academic relevance if decisions of regional and international human rights bodies, such as the Committee’s decision in the Kabungulu case, are not properly implemented by relevant state organs, including judicial and quasi-judicial state entities; or appropriate legislative, political and judicial reforms are not carried out to align domestic legislation and practices with DRC’s international obligations.

In 2013, DRC’s Parliament established the National Human Rights Commission (CHDH) as a democracy enhancing institution. The Organic Law creating it empowers the CNDH to ‘ensure the application of national legal norms and regional and international legal instruments relating to human rights duly ratified by the Democratic Republic of Congo’ and ‘to draw up reports on the state of implementation of national standards and international legal instruments in the field of human rights’. It is also mandated to ‘carry out any other assignment or activity within the scope of its mission’ (Article 6(20)). To this effect, the role of the National Human Rights Commission in the implementation of decisions of regional and international human rights bodies, such as the Committee's decision in Kabungulu’s case is pivotal.

Based on the above, the Centre calls on the government of the DRC to give immediate effect to the HRC’s directives to swiftly re-open investigations and to prosecute and punish those responsible for the assassination and to submit a report on the implementation of the decision within 180 days and coordinate with independent institutions including the DRC National Human Rights Commission for technical support.

The Centre further calls on the DRC National Human Rights Commission to liaise and collaborate with relevant justice and state departments and institutions for the implementation of the Committee’s ruling and ensure that the government submit its report to the Committee within 180 days as requested by the Committee.

The Centre also calls on international and local civil society organisations to raise awareness about the decisions of the Committee and conduct advocacy campaigns in Kinshasa and Bukavu for investigations and prosecutions in the Kabungulu case to resume.