'Why African LGBTI Icons should be celebrated' by Lathan Dooms 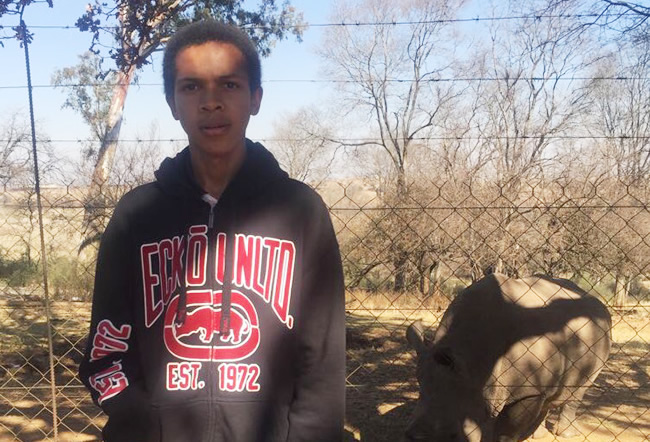 An “icon” is a word that should never be thrown around lightly. An icon is defined as a person or thing regarded as a representative or symbol of something, or someone is very successful or admired. For example, Lionel Messi could be considered an “icon” of football, Michael Jordan for basketball, Muhammed Ali for boxing. These people are the first things that come to mind when one thinks of the particular sport they are involved in. They are icons. Icons are around to inspire.

Lesbian, gay, bisexual, transgender, intersex (LGBTI) icons are special people who have achieved excellence in their field, despite/due to their being LGBTI. They are people like Brenda Fassie, one of the most successful and famous South African people ever, despite being openly bisexual in a time when it was frowned upon in the country. Or Danilo Da Silva Mussagy, who made a successful career fighting for the rights of LGBTI people in his native Mozambique but also around Africa and even worldwide. He was also very successful in his position at the African Men for Sexual Health and Rights organisation (AMSHER).

Hopefully I've been able to make it clear how these two people have earned the title of being known as “icons” in Africa. They are obviously special and should be celebrated for their efforts, but why exactly? What sets LGBTI icons apart?

For me personally, it is their bravery. They live with conviction, they are steadfast in their identities of who they are and what they stand for. It is much easier to decide you want to be known for playing football, or being a boxer, than it is to be true to your identity of being a LGBTI person in a world where being different is a handicap. The glory of being a sports star is a luxury, something people dream of. Nobody dreams of being stigmatised by the masses because of who they choose to be, yet LGBTI people in Africa remain passionate and strong and fight for those like them. This is especially true in African countries like Uganda and Zambia where it is a criminal offence to be homosexual. People risk serving jail time (or worse) standing up for their individuality in parts of Africa. LGBTI icons or activists end up becoming martyrs.

LGBTI rights activist FannyAnn Eddy from Sierra Leone is an example of such a hero. She stood up for LGBTI rights, and even founded an organisation called Queer Alliance. Unfortunately, she cruelly came to know the repercussions of these actions in her home country. In September 2009 she was gang-raped, stabbed, and had her neck broken. Ironically, this happened in “Free Town” in Sierra Leone.

Such a cruel and untimely fate for a warrior of the people’s freedom is nothing new in history, but that does not make it any more justifiable. African LGBTI icons and activists continue to work strongly and steadily at their cause, despite the ominous cloud of governmental resistance against their fight looming overhead.

These are the reasons that African LGBTI icons deserve to be endlessly celebrated.