This super-human Nelson Mandela is too difficult to relate with, to celebrate 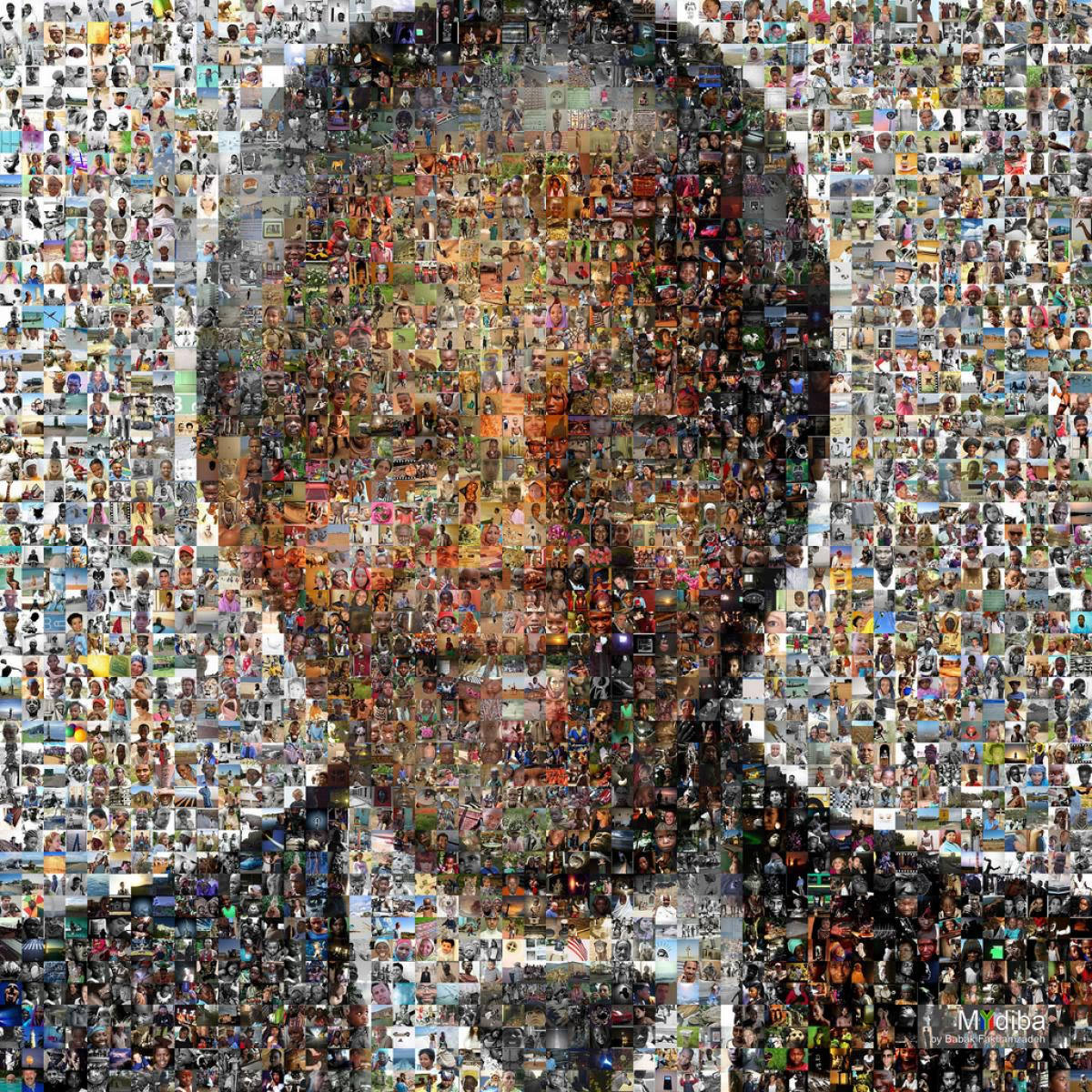 Today Africa, at least parts of it, celebrates the legacy of Nelson Mandela. He was a ‘great’ anti-apartheid activist, lawyer and South Africa’s first post-apartheid president.

Here in South Africa, I have navigated through some multi-ethnic and multi-racial social spaces where the conversation of ‘Who is Nelson Mandela?’ came up.  I have a growing sense of that there are mixed feelings about him, what he represents and the sustainability of his legacy. It is difficult to completely grasp the emotional context of the ‘phenomenon’ that is Nelson Mandela.

I come from quite a distance away and my first experience of Nelson Mandela was the grainy black and white television interview I saw as a child -In black and white, Nelson looks Asian. I could not wait to flip channels. My next encounter was the thick volume Long walk to freedom.  Too thick, too many words. He had been popular at the time among law students for when we wanted to quote something profound snatched off the web. So, flipped through the volumes, the picture was nice, particularly the one with him boxing gloves- Super attractive. But the law books were already a handful and exams were approaching. Nelson Mandela was not on the curriculum. I moved on.

A few years later after law school, I would immerse myself in the world of Long walk to freedom. I was particularly thrilled that the Mandela that everyone applauded was a man of ‘passion’, several mistakes and set back. It took him forever to get a law degree. It took him forever to get monogamy right. He was a man that needed as much human contact, and validation as anyone else. He cherished his safety. And even while he was at the forefront for the black equality, his nuclear family was always the first thing on his mind, the only thing in his dreams at night.

On my coming to South Africa, I realised that here Nelson Mandela, and even the ghost of him, have been placed on such a high pedestal, too high. Nelson Mandela has been airbrushed into the super-human icon that I suspect that he himself would not have recognized. Doing this was simple, we set the lights so bright on his good, and blot out his imperfect with silence and neglect. We tell ourselves a single story about that makes him so unlike us, that makes him too god-like to be learned from, to replicate, to replace. I find this super-human Nelson Mandela too difficult to relate with, to celebrate.

As a queer Nigerian I navigate the now gentrified spaces that several times in their raw state trampled on the humanity of Nelson Mandela and the rest of our people. I am now growing into the emotional awareness of the danger telling the stories of our human heroes as super-human epics.

The ‘phenomenality’ of our human heroes, I believe, are based on the application of their frail humanity in their projects, dreams and our lives. The casting of our heroes, leaders and past leaders as super-human sets them as too extra-ordinary to emulate and learn from. This super human casting is actually an un-telling of the humanity of our human heroes. This un-telling robs us of our sense of responsibility to fill the shoes that they left behind, carrying on the communal torch and linking our dreams to those of others whose victories and lives depend on us and ours.

Today, I celebrate the Nelson Mandela that was very much like me, unsure, needy, slow and constantly reaching out for an evolving better version of himself and others. In doing this, I share a part of him that I cherish so much with you:

'I was issued a standard prison uniform for Africans: a pair of short trousers, a rough khaki shirt, a canvas jacket, socks, sandals and a khaki cloth cap. Only Africans are given short trousers, for only African men are deemed 'boys' by the authorities.

I informed the authorities that I would under no circumstances wear shorts and told them I was prepared to go to court to protest. Later, when I was brought dinner, stiff cold porridge with a half tea spoonful of sugar, I refused to eat it. Colonel Jacobs pondered this and came up with a solution: I could wear long trousers and have my own food, if I agreed to be put in isolation. 'We were going to put you with the other politicals', he said, 'but now you will be alone. I hope you can enjoy it.' I assured him that solitary confinement would be fine as long as I could wear and eat what I chose.

For the next few weeks, I was completely and utterly isolated. I did not see the face or hear the voice of another prisoner. I was locked up for twenty-three hours a day, with thirty minutes of exercise in the morning and again in the afternoon. I had never been in isolation before, and every hour seemed like a year. There was no natural light in my cell; a single bulb burned overhead twenty-four hours a day. I did not have a wrist watch and I often thought it was the middle of the night when it was only late afternoon. I had nothing to read, nothing to write on or with, no one to talk to. The mind begins to turn on itself and one desperately wants something outside if oneself on which to fix one's attention. I have known men who took half a dozen lashes in preference to being locked up alone. After a time in solitary, I relished the company of even the insects in my cell, and found myself on the verge of initiating conversations with a cockroach.

I had one middle-aged African warder whom I occasionally was able to see, and one day I tried to bribe him to talk to me. 'Baba' I said, which means Father, and is a term of respect, 'can I give you an apple?' He turned away and met all my subsequent overtures with silence. Finally, he said that 'Man, you wanted long trousers and better food and now you have them and you are still not happy.' He was right. Nothing is more dehumanizing than the absence of human companionship. After a few weeks, I was ready to swallow my pride and tell Colonel Jacobs that I would trade in my long trousers for some company...The place of the freedom fighter is beside his people, not behind bars. '

Sourced from Page 334 of