Op-Ed: Africa’s rights commission can – and should – do more for sexual minorities 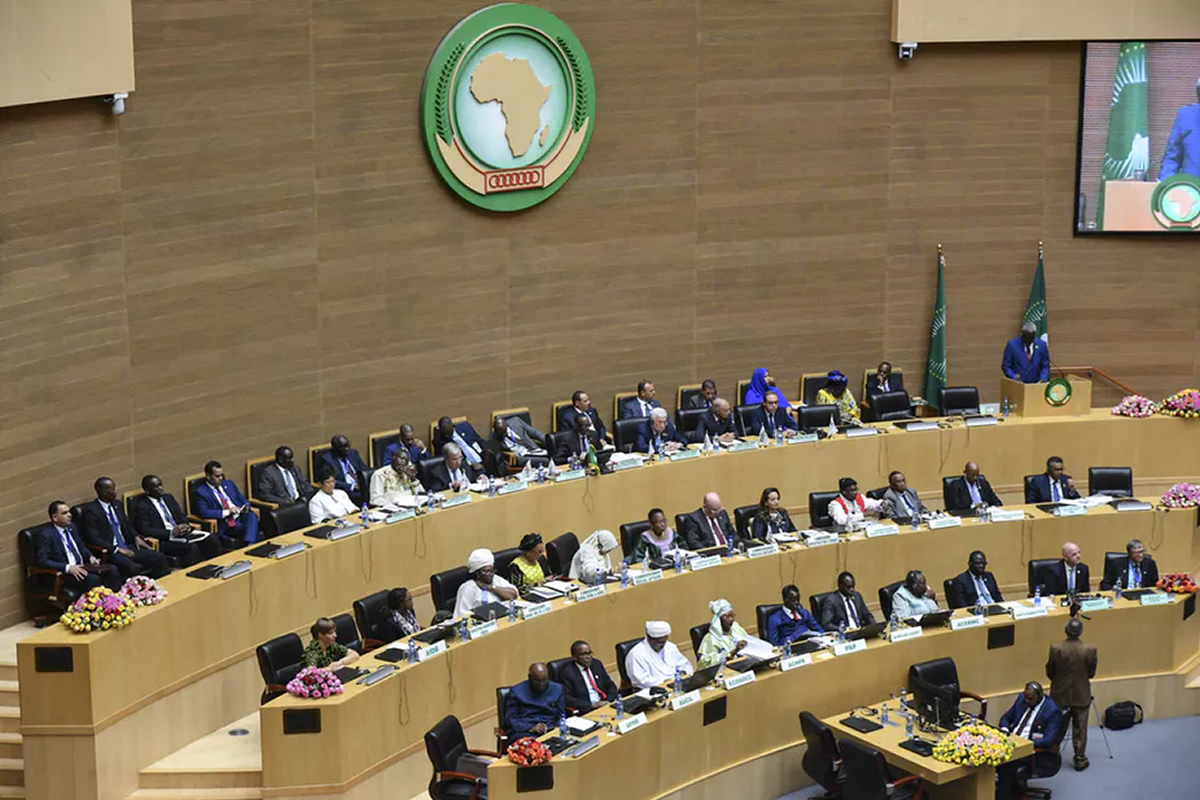 Africans concerned about human rights are closely following a meeting of the African Commission on Human and Peoples’ Rights taking place in Egypt’s Sharm El-Sheikh.

The commission – the continent’s primary continental human rights body – is meeting in the shadow of a decision it took last year that’s raised questions about its reputation. The view among activists is that it yielded to political pressure from the African Union when it took away the observer status of the Coalition of African Lesbians. It had granted the organisation the status in 2015.

The commission took its decision after the AU’s Executive Council instructed it to align its guidelines for granting observer status with “African values”. By allowing its own views on human rights to be second-guessed, the Commission has severely eroded its role as the AU’s independent and autonomous human rights watchdog.

To silence one NGO while allowing others to raise similar or related issues doesn’t make sense.

A broad African-wide coalition of states and citizens needs to be forged to address the worrying erosion of the commission’s role before it goes any further. On the surface, the current crisis seems to be about sexual minorities. In fact, it’s about a much more fundamental issue – the erosion of independent oversight over human rights, and adherence to the principle of the rule of law within the AU.

By directing that “African values and traditions” must be considered before granting observer status, the council is assuming that granting sexual minorities their human rights is “unAfrican”. But this flies in the face of the recent registration of LGBTQ organisations in three AU member states. Courts in Kenya and Botswana have recently ordered that LGBT organisations be registered. And Angola registered an LGBT organisation in 2018.

The line of argument also falters in the face of the fact that there are a growing number of AU countries that have recognised the existence of sexual minorities and are protecting their rights. Earlier this year, Angola joined South Africa, Cape Verde, Mozambique and the Seychelles in abolishing colonial laws that criminalised consensual same-sex acts by adults in private.

In addition, the council required that the commission’s guidelines be aligned to those of the AU more generally. The problem here is that accreditation with the AU is extremely restrictive. For example, one condition is that only NGOs that derive more than 50% of their resources from membership fees are eligible. This requirement excludes most NGOs working on governance and human rights, since they mostly depend on donor support.

What’s important to note is that the commission hasn’t revoked its previous position on sexual minority rights protection. Since May 2014, this has been set out in Resolution 275. The resolution deals with protection “against violence and other human rights violations against persons on the basis of their real or imputed sexual orientation or gender identity”.

The resolution is groundbreaking because it unequivocally confirms that LGBT persons are equal rights holders under the African Charter on Human and Peoples’ Rights, the AU’s primary human rights treaty. This position is firmly rooted in the African Charter, which guarantees rights to “everyone”, and lays down an open-ended list of grounds, including sexual orientation and gender identity, on which states may not discriminate.

It further calls on states to punish and eradicate acts of violence based on a person’s sexual orientation or gender identity. The resolution goes even further: it calls on states to create an enabling environment that is free of stigma, reprisals or criminal prosecution.

The resolution is what’s known as ‘soft law’ – it only guides states by clarifying the content of the African Charter and doesn’t constitute a new ‘treaty’. Nevertheless states have accepted its legal value. No state has openly questioned the use of the resolution in any way, or openly objected to its content.

The need for the Commission

The Executive Council’s decision is controversial for another reason: it suggests that there’s duplication between the African Court and the Commission. And that the court would be better placed to deal with complaints by individuals against states, rather than the commission.

But only 30 AU members have ratified the protocol that established the court since its adoption 20 years ago. The court, therefore, cannot possibly be a replacement.

On top of this, the Commission’s promotional role remains important. Criminal sanctions for same-sex acts still exist in many African states. Uganda and Nigeria are cases in point. That’s why threats to the Commission’s independence must be resisted, so that it can act as an independent human rights-minded arbiter, where Africans can find recourse and redress, or, at the very least, raise their concerns – irrespective of their sexual orientation or gender identity.

Withdrawing the observer status of the Coalition of African Lesbians plunged the Commission into crisis. The only way for the Commission to regain its credibility is to build on its existing practices of advancing sexual minority rights. In doing so, it should draw strength from encouraging developments within a growing number of African states.