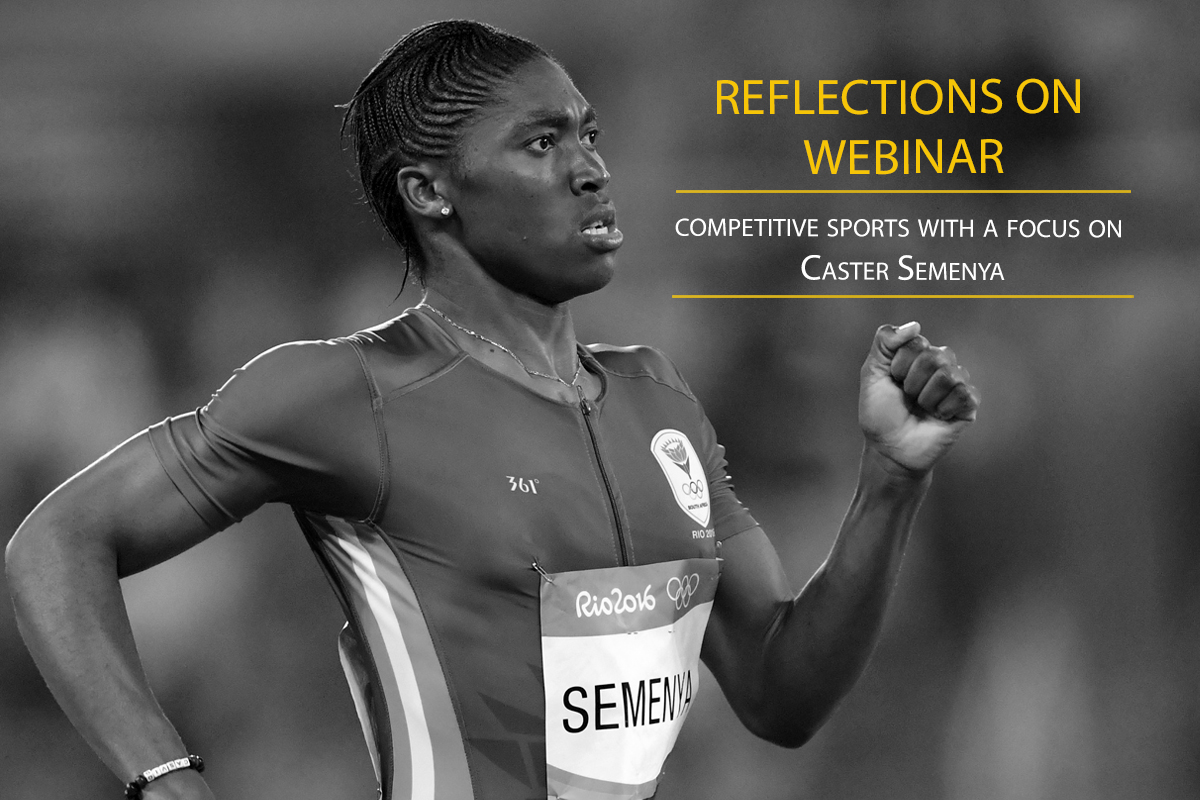 On 2 June 2020, the Centre for Human Rights, University of Pretoria hosted a webinar to discuss the challenges faced by hyper-androgenic women in competitive sports, with a focus on Caster Semenya. Members of the panel were Commissioner Advocate Mohamed Shafie Armeemia (from the South African Human Rights Commission (SAHRC)), Professor Steve Cornelius (from the University of Pretoria), Bianca Kapp (a lawyer and researcher on hyperandrogenism in sports), Joshua Sehoole (a South Africa based human rights activist), and Tapiwa Mamhare (a human rights lawyer and project officer at the Centre).

The webinar discussed the continued discrimination of hyperandrogenic women in sport, particularly through the Eligibility Regulations for the Female Classification (Athletes with Differences of Sex Development) (the ‘Regulations’), adopted by World Athletics. The regulations seek to reduce female athletes’ testosterone hormones to an ‘acceptable female level.’ These regulations have a very specific impact on South African Olympic champion, Caster Semenya, as they only focus on her events which are 400-1500 meters.

Any arbitration instituted by Semenya before the Court of Arbitration for Sports (CAS), based in Lausanne, Switzerland, had challenged the Regulations as being unjustifiably discriminatory. However, the CAS upheld the validity of the Regulations. An appeal was subsequently launched to the Federal Supreme Court of Switzerland, which has jurisdiction to review the CAS’s decisions. The judgment is still pending. It was argued before both bodies that the Regulations violate the human rights of hyperandrogenic women to health, bodily autonomy, physical integrity, freedom from non-discrimination and against torture.

During the webinar, Ms Bianca Kapp expressed concern on the scientific evidence relied on developing the Regulations. She described the evidence and experiments as not conclusive and flawed. Professor Steve Cornelius  viewed this as ‘science being created to suit a particular purpose.’ Sporting has been grappled with the binary distinction of male and female since the 1920s and most measures were meant at protecting women from the ‘unfair advantage of men.’ With the coming of Caster Semenya, the focus shifted to using testosterone levels to make the distinction between male and female. Professor Cornelius expressed that there is no unique testosterone level for male and female. ‘We have had men who are hypo-androgenic, with low levels of testosterone winning in World Championships.’  The sentiments expressed by the two speakers indicate that the Regulations seek to reinforce the binary definitions of male and female by using testosterone levels which are actually varied depending on the individual.

Joshua Sehoole spoke of the unfair way the regulations are being directed at Caster Semenya. ‘We live in a culture and society where there is increased monitoring of women bodies and women of colour from the global South, the regulations are arbitrary. Competitive sports is about testing the limits of the magnificence of the body in its natural state. We have had athletics in other sports who are advantaged in height or strength and this has never been questioned.’

Commissioner Armeemia of the SAHRC, while commending South Africa for sponsoring a resolution on intersex at the UN Human Rights Council, implored the South African government to do more at the United Nations Human Rights Council to ensure that the archaic and discriminatory regulations are reversed, especially using its position as  Chair at the African Union and the UN Security Council.

Tapiwa Mamhare concluded the conversation by suggesting next steps that must be implemented within international law if there is an adverse finding by the Federal Supreme Court of Switzerland, including using the Council of Europe (CoE)  or the UN human rights system to challenge the Regulations.

The webinar discussion provided a deeper understanding of the medical, ethical, human rights, and legal issues emanating from the Caster Semenya case. The Centre for Human Rights calls on the Swiss Federal Supreme Court to expeditiously finalise the Caster Semenya case to avoid further uncertainty and anxiety faced by Caster Semenya and other intersex athletes. The court must also place value on the importance of respecting privacy, human dignity and non-discrimination. With all the progress that has been made for greater understanding of intersex bodies, this is a time for the Swiss Federal Supreme Court to show its progressiveness and respect for human rights. Similarly, women must be allowed to enjoy their right to bodily autonomy and physical integrity by making decisions about their sexual and reproductive health rights free of coercion. 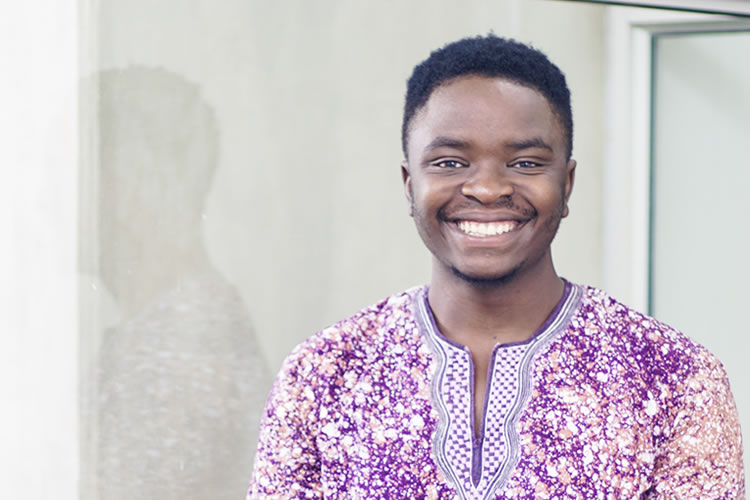