Press Statement: Centre for Human Rights calls for the unconditional release of the 42 persons arrested with homosexual charges by the Nigerian government 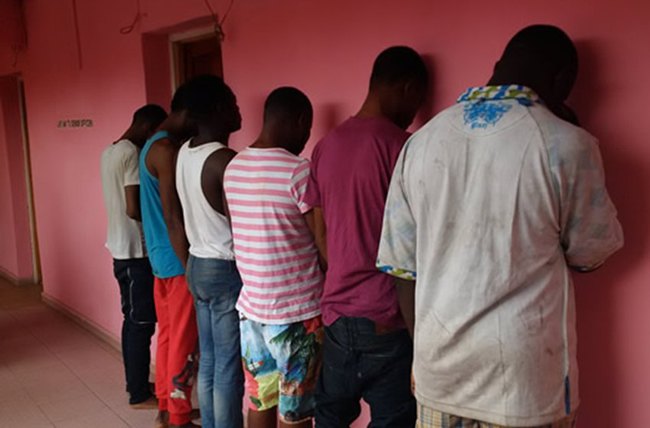 The Centre for Human Rights calls for the immediate release of the 42 persons who were unjustly arrested by law enforcement agents at the HIV awareness training for sexual and gender minorities which was held at the Vincent Hotel, Weigh Bridge in Owode Onirin, Lagos State, Nigeria on Saturday 29 July 2017.

These same state obligations are included in the International Covenant on Civil and Political Rights, which Nigeria is party to. Furthermore, the Nigerian Constitution enjoins the state to protect all citizens, inclusive of persons belonging to sexual and gender minority groups.

The African Commission on Human and Peoples’ Rights (African Commission), which represents all African states, including Nigeria, has further defined state obligation to protect its citizens through its Resolution 275 on the Protection Against Violence and other Human Rights Violation Against Persons on the Basis of their Real or Imputed Sexual Orientation or Gender Identity(Resolution 275). The African Commission, in Paragraph 3 of Resolution 275 calls all states to ‘ensure that human rights defenders work in an enabling environment that is free of stigma, reprisals or criminal prosecution as a result of their human rights protection activities, including the rights of sexual minorities’.

Despite these national and international human rights obligations to protect sexual and gender minorities, the Nigerian government still enforces aspects of the Criminal Code, Penal Code and Armed Forces Act, prohibiting same-sex relations, which are clearly in violation of its national and international obligations and undertakings. Nigeria’s enactment of the Same-Sex Marriage Prohibition Act (SSMPA) has been widely condemned as an odious law which violates human rights and state obligations to protect its citizens. In the addition to SSMPA’s criminalising same-sex cohabitation, Section 4 of the SSMPA sanctions with 10 years ‘the registration of gay clubs, societies and organisations, their sustenance, processions and meetings.’

The 42 persons were arrested during an HIV awareness training organised by a civil society organisation. The arrest was reported to be based on ‘homosexual acts’. However, there are no indications that sexual acts took place or are alleged to have taken place during the event. The law enforcement agents have unreasonably stretched Section 4 of the SSMPA to justify this arrest in that the gathering was not aimed at promoting homosexuality, but at addressing a matter of pertinent public health concern to the country as a whole.

The Centre for Human Rights maintains that the arrest of these 42 persons for ‘homosexual acts’ is in gross violation of Nigeria’s national, regional and international human rights obligations. In fact, rather than target those attending such an event, the Nigerian government should welcome it as a constructive initiative being one of countries with the highest number of persons living with HIV on the African continent.

The Centre for Human Rights calls on the South African government (South Africa being the first country in the world to prohibit discrimination based on sexual orientation) to initiate dialogue with the Nigerian government for the unconditional release of the 42 persons arbitrarily arrested for homosexual acts.

The Centre also calls on the South African government to initiate and sustain dialogue with the Nigerian government on the repealing of Nigeria’s SSMPA as well as provisions which discriminates against sexual and gender minorities in Nigeria’s Criminal Code, Penal Code and Armed Forces Act. This is in addition to Nigeria’s upholding Resolution 275.