Op-Ed: Where is democracy? Reflections on the ascendancy of Mnangagwa as president of Zimbabwe 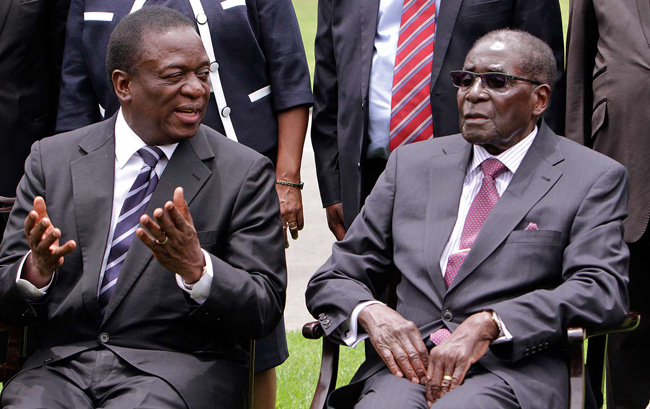 What seemed unimaginable has happened. After an uninterrupted ‘reign’ of 37 years, Robert Mugabe, the de facto emperor of Zimbabwe, has ‘resigned’ from office. There has been genuine jubilation not least among those who have been at the receiving end of Mugabe’s increasingly despotic, corrupt and dysfunctional governance – the majority of Zimbabweans. Emmerson Mnangagwa has taken office as Mugabe’s successor. It is a historic moment. Since attaining independence in 1980, Zimbabweans have only known Mugabe as their political supremo – initially as prime minister and latterly as president. The fact of Mugabe’s departure from office, alone, has raised hopes that we might be at the cusp of a compassionate, fairer, humane and democratic Second Republic. At the same time, the clouds are pregnant with contradictions, counselling us not to throw caution aside even as we pine for change. Why is this?

To begin with, regardless of the gains Mugabe’s departure might bring to the long-suffering people of Zimbabwe, we ought to have grave misgivings about the manner in which he left office. Mugabe did not leave voluntarily. He tendered his resignation surrounded by military tanks and under house arrest. Put simply, the Zimbabwean military mounted a coup d'état, notwithstanding its largely successful public and international relations exercise to sell the coup as benevolent constitutional intervention. But was the coup necessary?