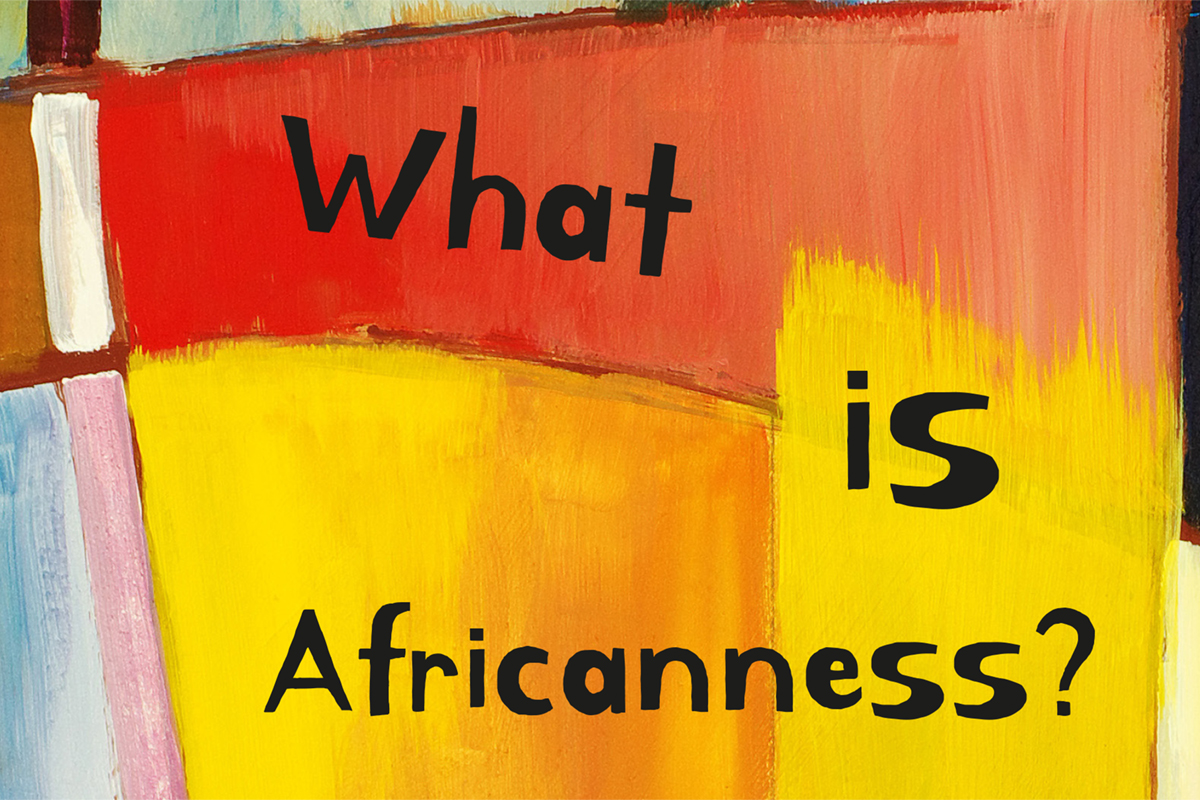 Let us take a moment to reflect on the question of African identity. This is important for several reasons, not least in order to pay homage to the diversities that make up Africa against the backdrop of a colonial history which has sought to nativise Africans and treat them as if they are made from the same clay whether racially, culturally, sexually or otherwise.

More than any other factor, ‘race’ has been historically used, or more accurately abused, as a prime determinative criterion such that Africanness resides essentially in physiognomy – in the colour of the skin, shape of the nose, texture of the hair and in various other physical attributes. ‘Race’ has been appropriated to equate blackness with being African. But the current inhabitants of the continent come with a full complement of diverse ‘racial’ ancestry; some black, some white and some neither black nor white. Moreover, they come with multiple or intersectional identities such that one can be both African and Arab. Clearly, using ‘race’ as an essential marker for African identity is exclusionary; it fails our humanity. It serves to disenfranchise not just from continental citizenship but also sub-regional and national citizenships millions of people who identity as Africans.

The question we ought to be asking is this: How might we frame African identity inclusively, so that we holistically acknowledge the heterogeneities among Africans but without falling hostage to ‘race’? We cannot answer this in dogmatic terms or within a short space, but can begin to think about some of the foundational architecture of inclusive Africanness. In constructing this foundation, we need not deny the materiality of ‘race’ in our daily identitarian lives and its place in the naming of Africa and Africans. Ultimately, we need a transformative identitarian template to ensure that we develop a historically conscious, progressive and, above all, inclusive notion of Africanness that shies away from nativism and gives recognition to all people who belong to Africa.

We should concede that, like all identities, racial identities are subject to the play of history such that they are always in the making. We should think less of identity as a completed representational entity that is fixed and closed. Rather, as cultural theorist Stuart Hall argues, we are better served by a concept that treats identity as an unfinished process of identification, which in the end amounts to positioning. Identities do not signal a stable core of the pure self that unfolds through the vicissitudes but remain the same. Instead, identities are made within historical and cultural discourses and are open to ‘contamination’.

Identity is becoming and being; it is how we have been positioned by or how we position ourselves within discourse. Ultimately, the enunciation of an identity, whether African or otherwise, is a positional attempt to articulate solidarity and allegiance with another person or group, and not a claim to the completeness of the identity.

Therefore, in framing African citizenship we need to ask whether the racial categories, including ‘African’, that were spawned by colonial and apartheid dispensations, still carry the same meanings, or whether there have been changes and shifts that gesture towards a desaturation or decentring of ‘race’. If the categories still carry the same meanings then it speaks not only to the success of colonial and apartheid regimes in racialising Africans, but also the failure of contemporary African polities and cultures to embrace a transformative notion of ‘African’ identity and imagine a future without the pre-eminence of ‘race’.

Race was introduced to Africa by European imperialism and colonialism. The institutions of slavery and colonialism bequeathed to us a legacy of racial thinking so that who is African becomes an instant, once-and-for-all determination of biological essence. Slavery and colonialism were the products of an imperialistic gaze that sought to facilitate the legitimacy of appropriating African labour and territories. Africans were fetishised, homogenised and commodified through a hegemonic classificatory system that was purposefully constructed around binaries that give legitimacy to a stable hierarchy among ‘races’, which places ‘white’ at the apex and ‘Africans’ at its nadir. We should not fall into the trap of framing African identity on the back of racialising and racist discourses.

Equally, we should be wary of black/African emancipatory discourses that quest for a pure black/African identity. Discourses of négritude, Afrocentricism, anti-colonialism and African nationalism are a reaction to slavery, European imperialism, colonialism and apartheid that have developed philosophies of blackness, but have inclined towards fundamentalism in their imagination of a collective, unified, original or foundational African identity exemplify this quest. They seek to correct a spoiled and compromised African identity. However, they do so through the recovery and affirmation of an ‘authentic’ black identity that is transcendental and a radical alternative.

Though reactive, self-defining and justly intended to contest European ideologies of white supremacy, the discourses leave us with an incomplete and partial identitarian template. Though the discourses oppose the colonial archive of race, they, nonetheless, mimic it. This is because they are constructed primarily around phenotype so that African identity is once again a nativised pre-constituted closed identity which lives outside history. The African identity they spawn rules out the possibility of an identity that is continuously unfolding, proliferating or is the outcome of multiple ancestries and raptures.

Whilst we cannot ignore the powerful and persistent salience of ‘race’ in the making of African identity, the cardinal point to make is that we should strive towards an architecture of Africanness capable of accounting for historical fluidity, intersectionality and agency within African identity. We draw on the past when imagining our identities, but we are not irrevocably tied to the past. We make our identities for now and the future. Africanness is not pre-constituted; it is ours to make.

Charles Ngwena is a Professor of Law in the Centre for Human Rights in the University of Pretoria’s Faculty of Law. He is the author of What is Africanness? Contesting nativism in race, culture and sexualities (2018) published by PULP.

Related article on The Conversation

Paper by South African academics raises spectre of racism in the academy by Janeke Thumbran, Lecturer in History, Rhodes University