Op-Ed: #BalanceforBetter: Investing in African women and girls’ rights will lead to their empowerment 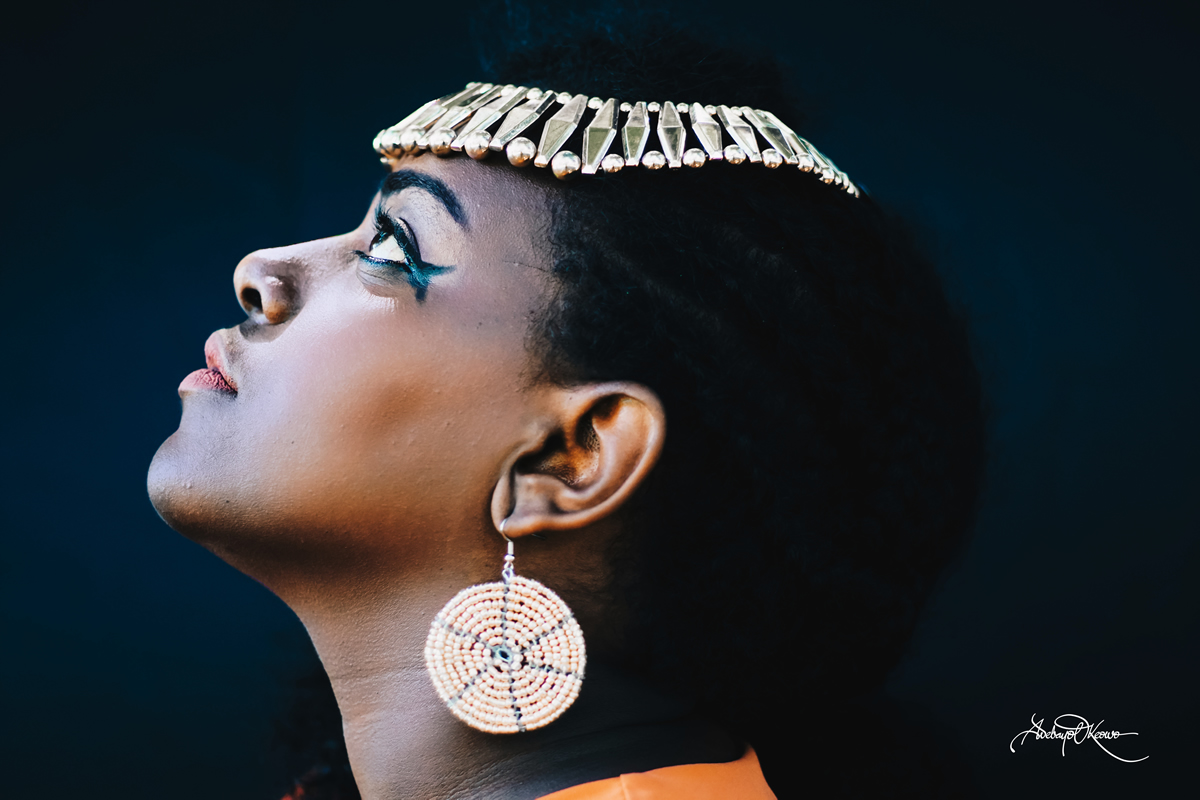 Around the world, 8 March is celebrated as International Women’s Day. It is a global day celebrating the achievements of women with a rallying call to action for accelerating gender parity.

Today serves as a befitting moment to do a reflection on my experience as a young African woman and the challenges that remain a hindrance in the attainment of gender equality and women’s rights. As a girl growing up in The Gambia, I realised from an early age that women and men were not treated the same. I find myself, like the majority of African women, in spaces where I continuously have to contend with gender challenges, stereotypes, prejudices and discrimination. ‘A woman’s place is the home’ and ‘women cannot be leaders’ were two discriminatory statements encompassed in deeply entrenched traditional attitudes and perceptions on the role of women in society which pervaded my environment and which I had continually challenged. But the realities of the statements remain the same for women in Africa today. Women make up ‘half the sky’ of Africa, yet systemic inequality and unfair discrimination continue to undermine our rights guaranteed by international human rights law.

Quite a number of African countries have ratified and domesticated international and regional human rights treaties that promote equal rights for women such as the Convention on the Elimination of Discrimination against Women (CEDAW) and the Protocol to the African Charter on Human and Peoples’ Rights on the Rights of Women in Africa (Maputo Protocol).

The Maputo Protocol has advanced the rights of women in Africa beyond the existing international human rights legal instruments. It has been celebrated universally for its various innovations in women’s rights. These include the legal prohibition of FGM, authorisation for medical abortion in instances of rape, incest, sexual assault and where a pregnancy endangers the health or life of the mother. The Protocol is also the first legally binding human rights treaty to make explicit reference to HIV. In addition to these innovative provisions, the Protocol addresses unique human rights issues that women in Africa face, such as polygamy, violence against women, child marriage, harmful practices, widowhood practices, women's inheritance, women’s economic empowerment, the political participation of women, women in distress and women in situations of armed conflict.

On 11 May 2018, the African Court on Human and Peoples’ Rights (African Court) issued a landmark judgment in the case of Association pour le progres et la defense des droits des femmes Maliennes (APDF) and institute for Human Rights and Development in Africa (IHRDA) v Republic of Mali. For the first time in its history, the African Court found a violation of the Maputo Protocol. The Court held that the Malian Family Code violates women’s rights as recognised under international law and ordered the state of Mali to modify its legislation accordingly.

It is rather contextually fitting that the theme for International Women’s Day 2019 is “Think equal, build smart, innovate for change”. In the past few years, we have come to recognise that gender equality is both a contributor to and indicator of development. But more importantly, that gender equality is a right illustrating the link between development agendas and existing regional and global women’s human rights frameworks.

Hence, women’s rights and gender equality movements and advocates in Africa and beyond were instrumental in developing the Common African Position on What Women Want which fed into the 2030 Agenda for Sustainable Development adopted in September 2015. The global community agreed to a new set of development goals – 17 Sustainable Development Goals (SDGs). The focus of Goal 5 is gender equality and women’s empowerment, including the elimination of all harmful practices such as child, early and forced marriage and female genital mutilation (FGM); discriminatory laws; and unpaid care.

Aspiration 6 of Agenda 2063 is to realise an Africa whose development is people-driven, especially relying on the potential offered by its youth and women. Agenda 2063 recognises that human rights must be infused into development agendas. For example, the gender equality component under aspiration 6 while affirming the AU’s continued commitment to advancing gender equality in the continent, also calls on member states to enforce existing commitments to women’s rights. The plan also encompasses a gender equality focus on aspirations 3 (good governance, democracy, respect for human rights, justice and rule of law) and 4 (a peaceful and secure Africa).

Although significant progress has been made over the years in transforming African countries and institutions in order to enhance the status of women, African women and girls still experience discrimination and inequality. Women continue to be the face of poverty as their earning potential is limited; they suffer the consequences of staggering high rates of violence including rape; are forced into marriage; undergo female genital mutilation; and cannot make decisions concerning their bodies. Women still remain responsible for unpaid reproductive labour including child bearing, child rearing and housework. As Martha Nussbaum succinctly puts it, ‘[w]omen have been very often treated as part of a larger unit, especially the family, and valued primarily for their contribution as reproducers and caregivers rather than sources of agency and worth in their own right.’

At the heart of gender inequality lies unequal power relations between women and men in our societies, where men control and dominate over women’s lives. Women continue to occupy the subordinate position. Girls are more likely to be not enrolled in school or drop out at the primary level than boys.

I find myself turning to Alice Walker, African-American feminist, novelist, poet and activist. I read her poem published in 2012 titled ‘Democratic Womanism,’ dedicated to Kenyan Nobel Peace Prize laureate, Wangari Maatha remembered for her extraordinary courage and quest to bring back the trees of Kenya.

In it, Walker calls for the transformation of systems that disempower the most vulnerable.

No, I am speaking of true
regime change.
Where women rise
to take their place
en masse
at the helm
of earth’s frail and failing ship;
where each thousand years
of our silence
is examined
with regret,
and the cruel manner in which our values
of compassion and kindness
have been ridiculed
and suppressed
brought to bear on the disaster
of the present time.

A system of governance
we can dream and imagine and build together.

In this poem and for many of us, International Women’s Day is a day we celebrate women’s strength, resilience, visions, dreams while organising collective actions that transcend geography, race, class and religion.

Our struggles, knowledge and experience not only provide insights into the lack of the full realisation of our rights, but it also highlights the possibilities for transforming our status and bridging the gender divide between men and women in Africa. There is urgent need to make substantive contribution towards the implementation of the gender equality components of Agenda 2063 and the SDGs by identifying approaches that can help deliver change. Women Rights Organisations must engage in the processes of monitoring the implementation of both Agenda 2063 and the SDGs at the national level. As a collective, they play a major role on demanding action on gender equality and women’s empowerment related targets and goals and ensuring no one is left behind.

Investing in women and girls’ empowerment is pivotal for reaching the goals of sustainable development. Both consensus documents acknowledge that other goals cannot be fully realised without the empowerment of women and girls. Achieving gender equality would have a direct effect on the achievement of good governance, human development and sustained peace. The high visibility of gender equality on the agendas guarantees that we can hold governments accountable and ensure greater women representation in decision making.

Through dedicated and sufficient funding, the global donor community and international development partners can show that they are committed to gender equality. The #FundHerAfrica campaign calls for dedicated, flexible and multi-year funding streams for women’s rights movements, organising and advocacy with a target of 30% of donor’s budget allotted to women’s rights work.

If Africa is committed to the advancement of women, the AU and each of its members must ensure greater representation of women in all elected bodies, heavily invest in women’s empowerment and implement laws and policies which promote and protect the rights of women and girls. It is critical to acknowledge that growth and development cannot be truly achieved while women and girls are unable to enjoy their basic freedoms. The continent must lead the way for others to follow and support, as a more gender-balanced world means a better Africa.

On this International Women’s Day, and every day, let us #BalanceForBetter for an Africa where gender equality is achieved and women and girls enjoy all their rights.