Op-Ed: Democracy in bad health? How COVID-19 is rolling back African civil liberties 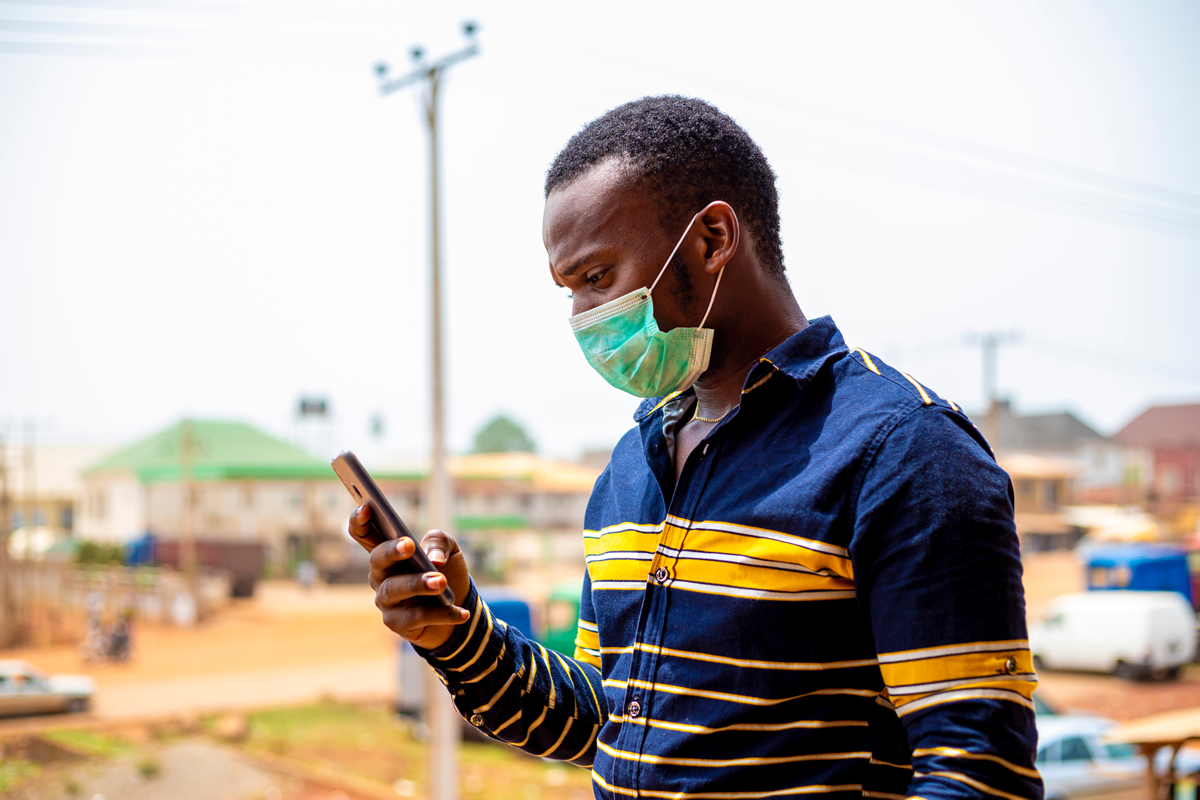 Now that COVID-19 is in Africa, this once improbable thought experiment is now guiding government policy around the world. The coronavirus is the train, and you and I are the hostages fastened to the tracks. Pull the lever one way, and thousands of people will die before their time. Pull the lever the other way, and many lives will be saved, but with serious long-term consequences for global democracy. How then can African states save the greatest number of lives, while still protecting democracy and human rights? More importantly, how can they ensure that respect for fundamental freedoms doesn’t come at the expense of human lives?

The soaring death rate and rapid spread of the disease both suggest that Africa’s swift and firm response to the pandemic is the correct approach. While these measures may mitigate the spread of the coronavirus in the short term, they do create another risk – that COVID-19 will be used as a smokescreen to rationalise attacks on democracy.

Violence and the virus: Repressive tactics under the lockdown

The lockdowns and curfews imposed in Africa suffer from three defects: they are either too violent, too long in duration or they lack the independent oversight necessary to avoid an abuse of power.

Take Rwanda for example, where the first deaths linked to the coronavirus came not from the virus itself, but from an exchange of fire by members of the police force. Kenya’s dusk-to-dawn curfew saw an equally heavy-handed enforcement, with riot police firing tear gas and rubber bullets at commuters in Mombasa. Later in Nairobi, police shot and killed a 13-year-old boy standing at his balcony. On the opposite end of the continent, police in Senegal went viral for assaulting people who refused to adhere to the 20:00 curfew. In South Africa, riot police went so far as to fire rubber bullets at nurses protesting shortages in personal protective equipment. The use of excessive force does not bode well. Lockdowns can only work if they have buy-in from the public. In their zeal to enforce the pandemic, security forces will turn civilians against the lockdown, eroding their will to comply which will drive up the rate of infection.

The duration of the emergency measures in Africa is another cause for concern. In Botswana, the government has imposed an indefinite state of public emergency across the country. This could give the state broad leeway to shrink the space for human rights. When imposed, a state of emergency should be limited in time, subject to periodic extension by parliament and the judiciary. The adoption of sweeping, unrestricted emergency measures creates room for an executive to hold on to its expanded powers long after the initial crisis is diffused. Thus, the short term benefits of coercive rule during the pandemic won't solve the crisis, it will only create a much greater one.

As the death rate climbs and the overall number of infections increases, the lockdowns are helping African governments buy crucial time to prepare their systems for the worst of the crisis. But in doing so, they need to strike a delicate balance between enforcing compliance with the lockdown and ensuring respect for fundamental human rights.

Save the date? COVID-19 is shifting Africa's election calendar

Beyond the risk of trigger-happy policemen, COVID-19 is also threatening elections scheduled in African states. Elections are expensive, and require a massive allocation of financial resources, logistics and time. They're also very distracting, forcing policymakers to shift their focus from the pandemic to political mudslinging and other less productive activities.

For leaders who want to stay in power, the pandemic presents the perfect opportunity. Not only can they cite the pressures of social distancing as an obstacle to free and fair elections. But where elections do occur, they're likely to have a low voter turnout, with most of the electorate being more scared of the coronavirus than they are of a skewed election.

In Malawi, 2 July 2020 was the date set aside for a rerun of the presidential elections, after the Constitutional Court overturned the improper results of the 2019 race. Now with COVID-19 hanging over their heads, Malawi’s governors have a difficult choice: they either go ahead with the poll and risk accelerating infections or they postpone the elections and compromise their democracy. If Malawi does decide to postpone, it would follow Ethiopia's lead which postponed its highly anticipated August 2020 general election, citing a range of "issues related to the coronavirus".

What's even more concerning are events in Guinea, which went to the polls in late March to vote on a controversial constitutional amendment that would extend President Alpha Conde’s term in office. Despite widespread protests, the election was forced through, reinforcing Conde's grip on power. For most observers, the outbreak played right into Conde's hands, helping the 82-year-old President open the door for his third term in office in 2021.

In Mali, authorities have also pushed to have elections, despite COVID-19 and the kidnapping of the opposition leader by jihadists. As a result, electoral officials recorded one of the lowest voter turnouts in Mali's history - 35.6% countrywide, and as low as 12.9% in the capital, Bamako. With the mediocre turnout, and concerns over the climbing number of infections, some analysts are asking why Mali even risked having the elections in the first place.

Even if the coronavirus doesn't suppress the vote, the constant presence of rifle-wielding military officers certainly will. As has already happened in Zimbabwe and elsewhere, troops are likely to be stationed near polling booths, intimidating voters and, in the worst cases, directly interfering with the contents of the ballot box. The heavy security presence will have a chilling effect on the elections, even if voters are allowed out of their homes on election day.

Despite all these dangers, some African countries might still have their elections this year. Burundi, Burkina Faso, the Central African Republic, Ghana, Ivory Coast, Tanzania, Togo and Seychelles, are but a few of the states where voters will be expected to brave the coronavirus and make a trip to the polls in 2020.

While the official numbers for these states are still low, that's likely to change quickly, with serious implications for how citizens in these countries will vote, if they vote at all.

Guinea isn’t the only state where politicking has overshadowed efforts to suppress the pandemic. This month, military boots hit the ground in Lesotho, deployed under surprise instructions from embattled Prime Minister Tom Thabane.

According to the official line, the troops were deployed to ‘restore law and order’ by clamping down on non-descript 'rogue national elements'. The more probable cause is that Thabane used the military in a move to consolidate his grip on power, which has been slipping ever since he was linked to the alleged murder of his first wife in 2016. Beyond the alleged 'murder in the mountains', Thabane has also been the target of a well-timed vote of no-confidence, giving him further reason to shore up his position.

Despite having no confirmed cases of COVID-19 in the country, Thabane moved to prorogue Parliament - a tactic he deployed in 2014 to prevent his political allies from switching sides. The Constitutional Court overturned his decision, prompting Thabane to send the troops that week.

Thabane’s careful mix of paranoia and opportunism reveals how the coronavirus opens up even democratic states to the authoritarian playbook, as civil liberties are gradually eroded in pursuit of an ever-expanding catalogue of national security concerns.

COVID-19 is already reorienting our relationship to the workplace, the outside world, and even to each other. As the coronavirus creeps it's way through the continent, we should remain vigilant and ensure that authoritarianism doesn't creep in behind it.

Thomas White is a Research Assistant in the Democracy and Civic Engagement Unit at the Centre for Human Rights, University of Pretoria.