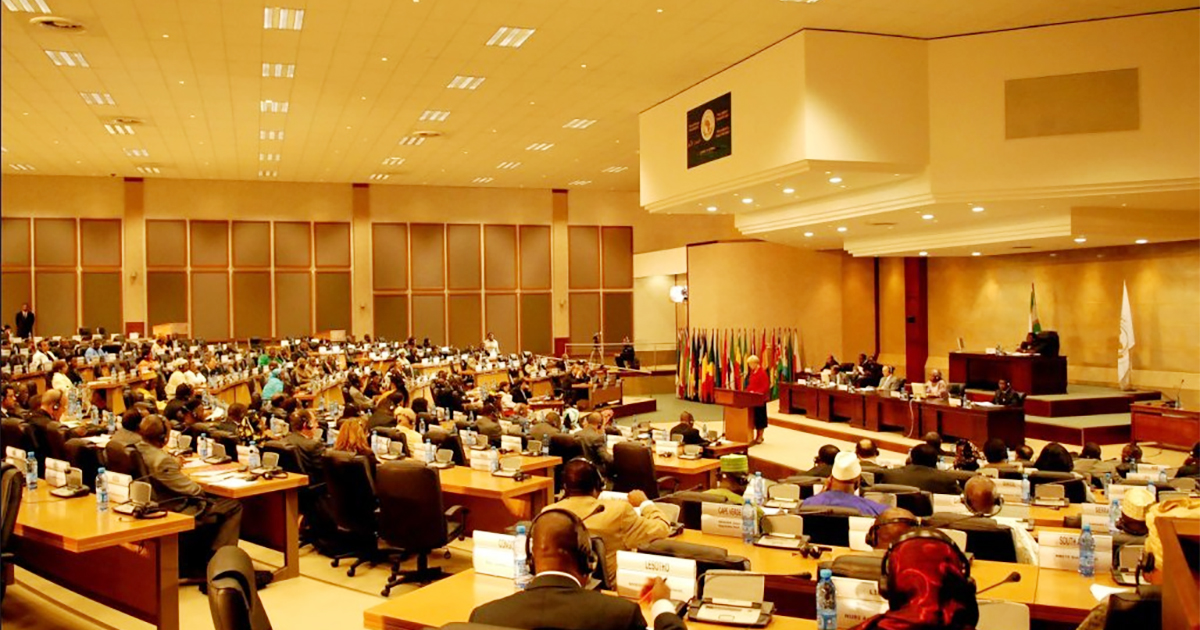 To mark this occasion, the PAP hosted a virtual celebration to reflect on the journey of the institution since its formal establishment 17 years ago. The launch of the PAP Day is a prelude to a series of activities expected to take place on 18 March every year at the PAP and national Parliaments throughout the continent.

As it’s one of the organs of the African Union (AU) set out by the Treaty Establishing the African Economic Community (Abuja Treaty), the Parliament is intended as a platform for people from all African states to be involved in discussions and decision-making on the problems and challenges facing the continent.

At the launch of PAP Day on 18 March 2021, Prof Frans Viljoen, Director of the Centre for Human Rights, delivered a message of solidarity on behalf of civil society. 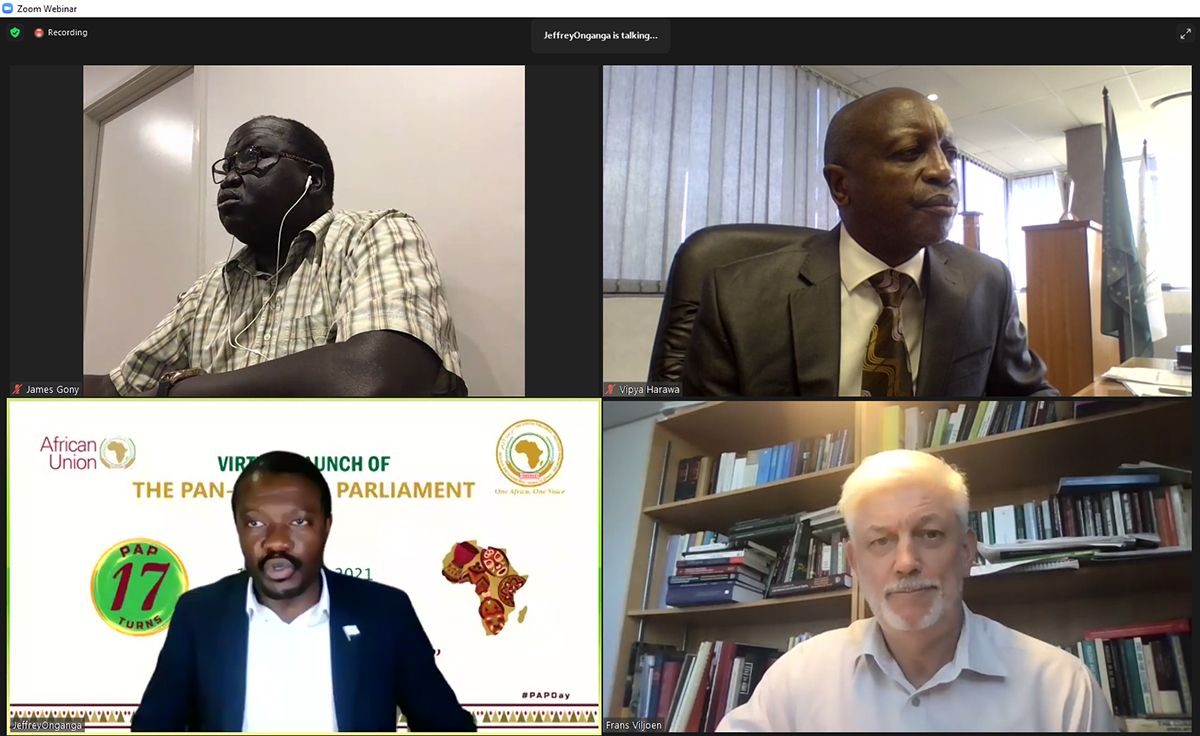 by Frans Viljoen, Director of the Centre for Human Rights, University of Pretoria
18 March 2021

Civil society, in its broad manifestations, congratulates the PAP on marking PAP Day, in recognition of this day, 18 March, the day on which the PAP was inaugurated in 2004.

We also recall that 2021 is a milestone year in the evolution of the PAP. In 2021, it is 20 years since the adoption of the PAP Protocol (Protocol to the Treaty establishing the African Economic Community relating to the PAP) on 2 March 2001, in Sirte, Libya.

Since 2004, when the PAP was inaugurated, the PAP has extended its coverage of African states. By the time of its inauguration, nine African states had not yet become party to the  PAP Protocol. This group included the Democratic Republic of Congo and the Ivory Coast.  Today, African states have given legitimacy to PAP by ensuring its near-universal continental coverage. It is only Eritrea that is still outside the fold.

We also note that the PAP has extended its geographic presence. While it is based in Midrand, South Africa, it has established its presence elsewhere, but for example folding its 2018 plenary session in Kigali, Rwanda. Holding sessions away from its seat is encouraged, as this enables closer connections between the PAP and the African people.

The Preamble to the PAP Protocol sets out the vision that the PAP would be a ‘common platform for African peoples and their grassroots organisations to be more involved in discussions and decision-making’. We commend the PAP for having acknowledged and progressively secured that African citizen’s voices are heard within the PAP corridors.  By cultivating channels for dialogue with civil society and allowing their contributions to be factored into its processes, the PAP has ensured that not only the voices of Members of the PAP (MPAPs), but also that civil society more broadly are being heard within PAP.

We thank the PAP for the opportunity to establish a fledgling PAP Civil Society (CSO) Forum. Working with numerous partners, the Centre for Human Rights has over time worked towards the establishment of a standing forum, to be hosted on the sidelines of PAP sessions. The aim of this PAP CSO Forum is to allow a space for civil society to get better acquainted with the PAP, and to explore avenues for greater involvement and collaboration.

Under article 11(1) of the PAP Protocol, the PAP is vested with the power to ‘examine, discuss or express an opinion on any mater’. The first matter to be accorded explicit mention is ‘human rights’.  It would at this juncture, therefore, be appropriate to interrogate how well PAP has done in this respect over the first 17 years of its existence. A few highlights are noted:

Other areas of engagement and accomplishments

The PAP involved itself in many thematic areas beyond human rights, including in peace and security, development, and continental integration. Its 2017 resolution on ‘Free Movement of People in Africa and the African Passport’ for example reinforced efforts towards the adoption and formal acceptance of a protocol on free movement.

It is also to the PAP’s credit that it stated exploring the adoption of ‘model laws’. It adopted a resolution to identify the modalities for the adoption of model laws, and embarked on the process in respect of the issue of disability and policing in Africa.  In this way, the PAP took an initiative that is implicit, but not expressly provided for, in the PAP Protocol.

Conclusion: Challenges and the role of civil society

Despite these advances, there have been and still are many challenges besetting the PAP.  There is a lack of engagement with important aspects of its mandate, for example to exercise supervision and hold accountable AU officials. There is the lack of collaboration with other AU organs and entities. It is suggested that a much closer relationship can and should be established between the AU human rights bodies and the PAP, with the PAP getting involved in discussing their reports and assessing prospective candidate before their election.

Two challenges have persisted. The first is the lack of visibility, leading to low levels of knowledge and understanding of PAP’s role and potential. The second is a lack of institutional capacity for example in respect of research. In these two respects, the complementary and supporting role of civil society comes to the forefront. To enhance the PAP’s visibility and improve people’s level of appreciation of its mandate and role, the Centre for Human Rights, working with PAP and civil society partners, developed a ‘Toolkit for CSO Advocacy in the PAP’, published in 2020. In this regard, the pivotal role of Ms Bonolo Makgale, who heads the Centre’s Democracy and Civic Engagement Unit, should be singled out.

Civil society is the primary means through which the PAP can forge a link between itself and domestic constituencies in African states. It is only by forging a meaningful relationship with African civil society that the vision of an inclusive PAP that embodies the voices of all Africans can and will be realised.