Press Statement: Centre for Human Rights calls for widespread condemnation and meaningful action to xenophobic attacks against non-citizens of South Africa and the killing of Elvis Nyathi 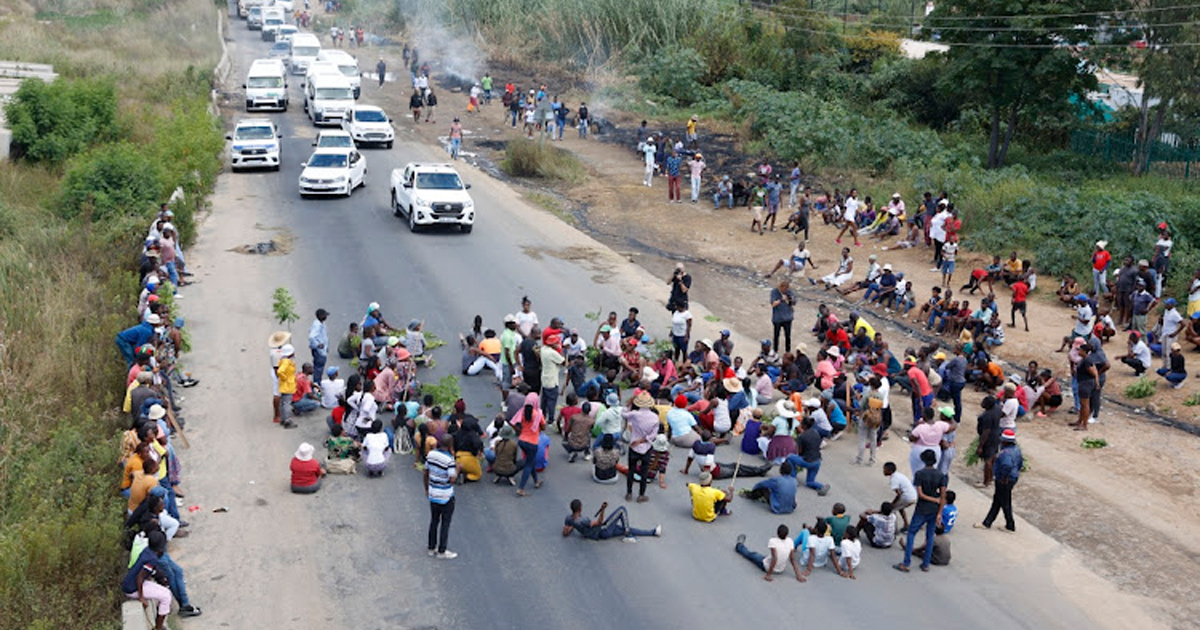 The Centre for Human Rights, Faculty of Law, University of Pretoria, condemns the xenophobic attacks against non-citizens in South Africa and in particular the brutal murder of Elvis Nyathi, a Zimbabwean national residing in the Johannesburg township of Diepsloot. Elvis’ brutal murder happened after several inflammatory statements targeting non-citizens, by representatives of political parties and vigilante groups. The state cannot allow vigilante groups to take the law into their own hands and in the name of curbing crime, engage in an extra-judicial killing of a person solely based on their nationality. If this behaviour is not curtailed through application of the rule of law and protection of the human rights of all people in South Africa by the government, more people will be killed and more livelihoods and property will be destroyed.

Clear condemnation and action by state at all levels

The recent killing of Elvis Nyathi is the culmination of the spewing of persistent hate speech and propaganda against non-citizens in South Africa. Not only the killing of Elvis Nyathi, but all hate speech, stigmatization, vilification, demonization, dehumanization of non-citizens in South Africa by various groups and individuals including Operation Dudula, political actors, opinion formers and social media influencers must be condemned. We need to hear the unequivocal voice of all right-thinking South Africans, including the President, cabinet members, government officials, and officials at local government level such as mayors and councillors. They must also condemn all forms of hateful propaganda and organisations that are based on ideas of the superiority of one race, group of persons or nationality or which attempt to justify or promote hatred and discrimination based on ethnic, linguistic or national differences.

The Centre welcomes the recent unapologetic condemnation of the murder of Elvis Nyathi by the South African opposition parties the Democratic Alliance and the Economic Freedom Fighters. The Centre urges office holders in the ruling party, the African Nation Congress, and in Action South Africa and other political parties to condemn any xenophobic behaviour.

The state must speed up the enactment of the Prevention and Combating of Hate Crimes and the Offence of Hate Speech and once the president has assented, any persons violating its provisions must be appropriately charged and prosecuted by independent courts observing the right to fair trials.

The authorities in South Africa, including the office of the President, Minister of Home Affairs and the Minister of Police, must take steps to address xenophobic attitudes and violent attacks against non-citizens. Any tendency to target, stigmatise or stereotype certain groups on the basis of race, color, ethnic or national origin must be robustly countered by all state institutions, including relevant independent institutions like the South Africa Human Rights Commission.  It is the duty of the state at all levels to ensure that human rights are respected and enjoyed by all people within its borders. In particular, the state must protect all non-nationals including children of immigrants and stateless persons from xenophobic attitudes and behaviour of certain prejudiced politicians, community leaders law enforcement officers, teachers, media and society at large. Non-citizens’ rights to life, dignity, equality, property and socio-economic rights must be protected, respected and enjoyed without discrimination.

More effective policing to deal with underlying causes of xenophobia

The murder of 43-year-old Elvis Nyathi in Diepsloot occurred in the context of about seven unsolved cases of murder in the area. In line with the damaging xenophobic attitudes and biases, the killings of people in Diepsloot have been blamed on “foreign nationals”. Discontent about effective policing fuels xenophobia. Non-citizens in South Africa are further blamed for stealing jobs and peddling drugs, placing them in the vulnerable situation of being perceived as the cause of all the ills that the nation is facing. The triple burden of high levels of inequality, unemployment and poverty faced by previously disadvantaged groups in South Africans is now being blamed on black Africans from countries such as Zimbabwe, Mozambique, Malawi and Nigeria. These nationalities have been scapegoated by certain groups and individuals as being the cause of the socio-economic challenges being experienced by South Africa, including the high levels of crime. In the past six months there have been attempts to exclude, marginalize and expel certain singled out nationalities with minimal protection from the government.

The state cannot allow vigilante groups to take the law into their own hands and assume the role of law enforcement officials and decide which persons can legally stay and work in South Africa. The Police Service should be fully resourced to investigate crime in all neighbourhoods, including in Diepsloot.

The Centre urges the South African Police Service to investigate the murder of Elvis Nyathi and other outstanding murder cases in South Africa and those responsible for the crimes must be arrested and held accountable before independent and impartial courts.

These attacks and killings are prohibited by the Durban Declaration against Racism, Racial Discrimination, Xenophobia and Related Intolerance (Durban Declaration), which was spearheaded by South Africa and adopted in 2001. The Durban Declaration recognized that xenophobia against non-nationals, particularly migrants, refugees, asylum seekers, undocumented non-citizens and stateless persons constitutes one of the main sources of contemporary racism and that human rights violations against members of such vulnerable and marginalized groups occur in the context of discriminatory, xenophobic and racist practices.

Xenophobic violence is also prohibited in the UN Convention on the Elimination of Racial Discrimination (CERD), to which South Africa is a state party. According to General Recommendation 30 on Discrimination against non-citizens drafted by the Committee on the Elimination of Racial Discrimination, states have obligations to prohibit and eliminate racial discrimination in the enjoyment of human rights. The Committee states that although the right to vote and stand for political office are confined to citizens all other rights must be enjoyed by all persons, regardless of race, colour, ethnicity or national origin.

According to the UN Guide on Racism and Xenophobia, the latter is generally understood as attitudes, prejudices and behavior that reject, exclude and often vilify persons based on the perception that they are outsiders or foreigners. The UN Guide on Racism and Xenophobia addresses some of the root causes of this harmful behaviour and urges states to promote equality and non-discrimination, equal access to justice, regularize undocumented migrants, prohibit mass expulsion of non-citizens and remove barriers that prevent the enjoyment of socio-economic rights of migrants, refugees, asylum seekers and stateless persons.

It is the duty of the government of South Africa to protect non-nationals against hate speech and racial violence perpetrated by several groups and individuals in South Africa. The South African government, and not vigilante groups driven by racial prejudice, bear the responsibility to enforce national and international law governing the stay and status of non-citizens residing within its borders.