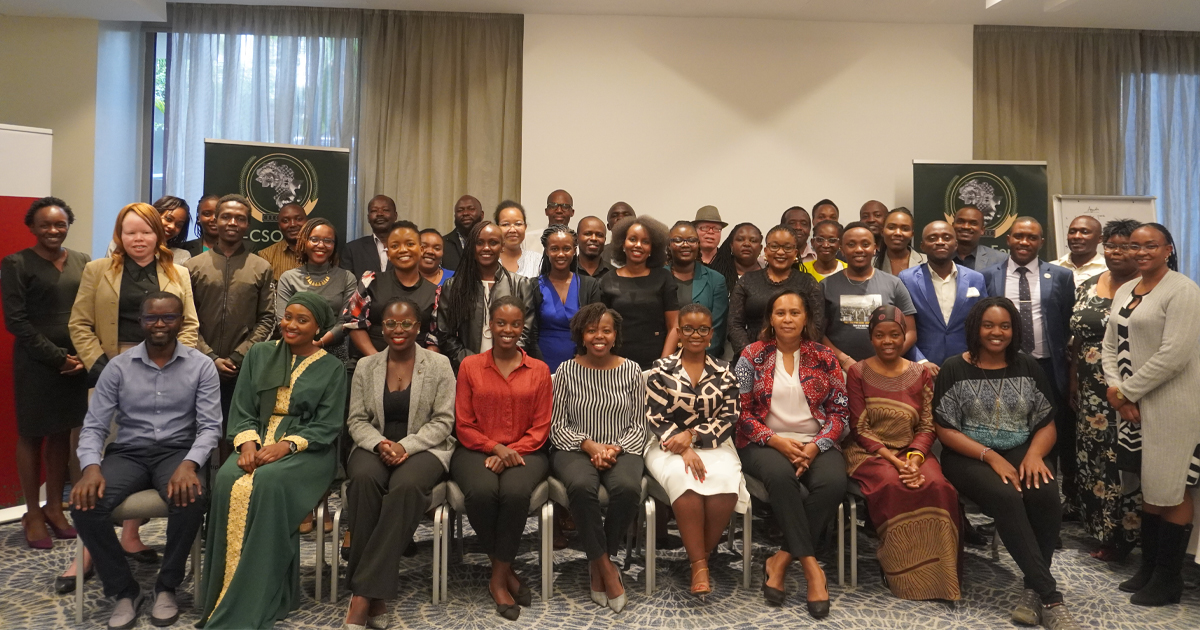 The Centre for Human Rights, University of Pretoria, and Mzalendo Trust in partnership with Parliamentary Network Africa (PNAfrica) hosted a two-day civil society engagement on the workings on the Pan-African Parliament (PAP) for the East African Community. This forum was held on Monday 25 and Tuesday 26 April 2022, in Nairobi, Kenya. The forum focused on developing networks for increased engagement between civil society in the East African region and the Pan-African Parliament.

The objective of the forum was guided by the concern that despite the potentially crucial role they can play in the activities of the PAP, civil society organisations (CSOs) still know very little about this institution; and that for most CSOs, the African Union (AU) and the PAP in particular, are largely invisible and inaccessible. The discussions were guided by the need to explore ways of engaging with the PAP and to raise awareness about the importance of transparency and accountability in the operations of domestic and regional parliaments in Africa. Discussions were also guided by the need to identify gaps and challenges relating to civil society engagement with PAP, devise effective strategies to address these challenges and to establish best practices of engagement with the PAP.

The speakers and participants acknowledged that despite the provisions of Article 4 of the Constitutive Act of the African Union principle on participation of the African people in the activities of the union; in reality, the people are disconnected from the Union and its institutions. In the same manner that CSOs hold their domestic government organs accountable; CSOs should also serve as watchdogs over the organs of the AU. CSOs recognize the opportunities to engage with Parliaments through continuous public participation by way of petitions and memoranda, and inputting on legislative business. While there are spaces for engagement by Civil Society in the affairs of the Union and its institutions such as the AU summits, the African Governance Architecture (AGA) platform and open sessions, there have been challenges to engagement by CSOs such as access, including deliberate efforts by governments in obstructing engagement.

The civil society organizations and their representatives present call upon the following institutions, groups and communities to address the following:

The people of Africa

The Centre for Human Rights, Mzalendo Trust and the Parliamentary Network Africa (PNAfrica) undertake to continue spearheading conversations on the Pan African Parliament and commit to continuing to collaborate and engage with various stakeholders from across the continent to draw lessons and best practices in engaging with the Pan-African Parliament.

The engagement concluded with reflections from participants on specific focus areas that civil society actors can improve on to further engagement with the Pan-African Parliament and similar initiatives. There were 58 participants in attendance from several African countries including Kenya, Uganda, Ghana, Rwanda, Tanzania, Burundi, Democratic Republic of Congo, Zimbabwe and South Africa.