Competing perspective on xenophobia explored at the Centre for Human Rights 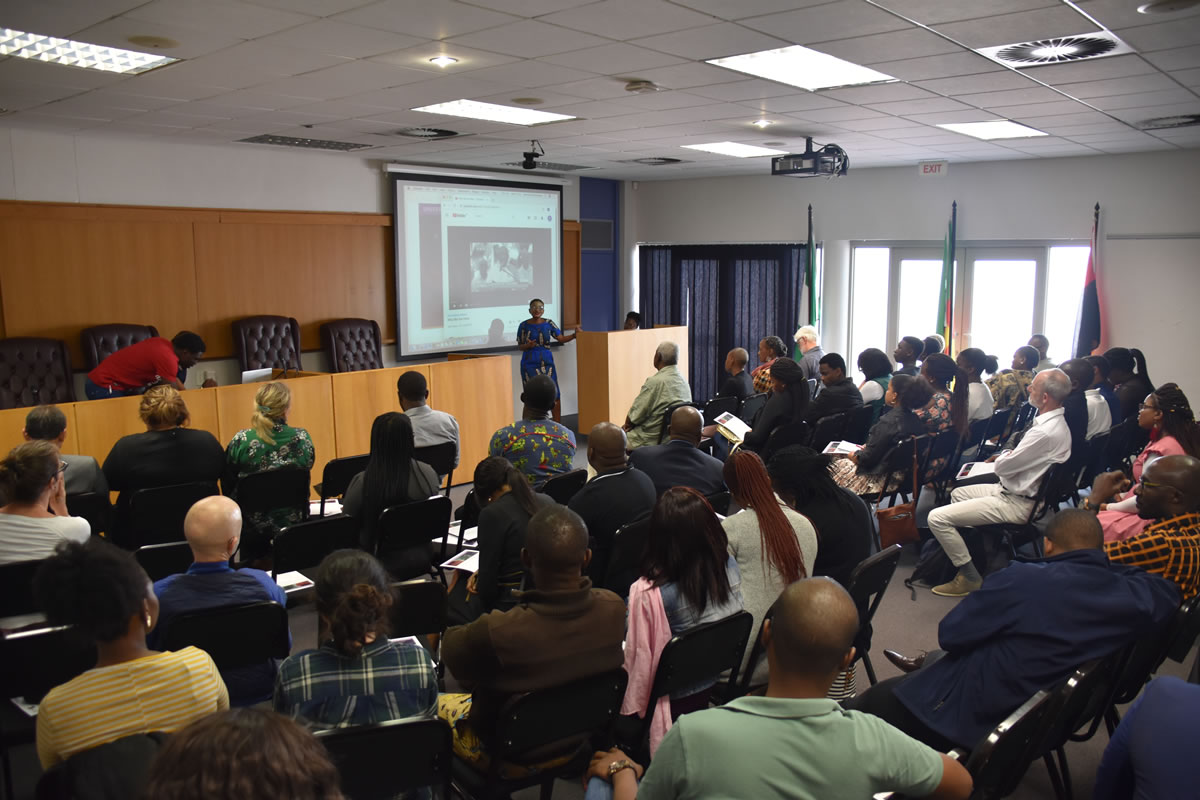 The Centre for Human Rights, University of Pretoria hosted a dialogue on xenophobia, nationality, and equality in South Africa. The dialogue was warranted by the recent upsurge in xenophobic incidents in South Africa and other African countries.  The event was part of the University of Pretoria’s various initiatives to foster a culture of diversity. The dialogue explored the economic and historical perspectives of xenophobia. It further elaborated on intergenerational conversations and cultural and political identity.  The aim of the dialogue was to critique and analyse the National Action Plan (NAP) and the extent to which it pledges to tackles issues of racism, racial discrimination, xenophobia and related forms of intolerance. The NAP also considers the roles of both state and non-state actors and their proposed countermeasures in cases involving xenophobia, and how such interventions can be conducted in a more pragmatic manner within South African borders.

The opening remarks were given by Prof Frans Viljoen, the Director of the Centre, who noted that the Centre’s Campaign #AfricanMigrants Matter which focuses on the rights of asylum seekers, refugees, internally displaced persons and other migrants on the African continent. This correlates with the African Union’s theme for 2019 namely “Refugees, Returnees and Internally Displaced Persons: Towards Durable Solutions to Forced Displacement in Africa”. He noted that the Centre made great effort to focalize the theme, presenting it through the African Human Rights Moot Court Competition which was attended by over 60 universities across the continent and hosted the International Conference on the Protection of Persons Forcibly Displaced in Africa.

Speaking on the importance of the event he stated that it was key in streamlining specific issues facing South Africa at the moment and to have a dialogue from multiple perspectives. He noted that they are two broader polarities in South Africa: The first polarity relates to the South African constitution which promises the rights of every South African but also extends rights to non-citizens in certain aspects, as many provisions are not qualified as only pertaining to the citizenry. It promises certain rights pertaining to socio-economic wellbeing and the right to safety and security but we are cognizant of the reality of service delivery and high rate of criminality indicates the contrary. The second polarity relates to the disjuncture between the present and past relationship between South Africa and other African countries, which over the years has been characterized by counter-dependency.

Ms Corlete Letlojane, the Executive Director of Human Rights Institute of South Africa (HURISA) noted that South Africa is in denial of the existence of xenophobia. The African Union is calling on Civil Society Organisation (CSO's) to find solutions on migrant issues on the continent. What do we call these incidences? Is it xenophobia, Afrophobia or ‘Afro hate’, and why is it that only African foreign nationals seem to be the targets? There is a protocol in SADC, called the protocol for the free movement of persons in Southern Africa, that had been amended.   adopted and should be enforced as there has been ratification by 55% of member states.

Mr. Amos Monyela, the Gauteng chairperson of COSATU gave insightful comments on the nature of inequality in South Africa and how these have fomented tensions between Africans in South Africa. He commented firmly on the fact that South Africa’s racially unjust past and present still have much impact on the standards of living of ordinary citizens and how they, in turn, engage with other Africans. He directed the audience to a line of thinking based on the sharing of scarce resources, and how black Africans in South Africa are marginalized to the extent that they are forced to compete for access to limited opportunities, and that this can be seen as the main proponent for xenophobic incidents. He also lambasted the government not only for failing to address the inequality gap but for seemingly ignoring the plight of the ordinary black citizenry who have consistently called on higher structures to strengthen service delivery.

Ms Lindiwe Hani, the author of “Being Chris Hani’s daughter’ spoke on the role of youth regarding xenophobia. She noted that the hatred that the youth have developed towards foreigners emanated from their parental narrations on living side-by-side with foreign nationals. These narrations usually center around how foreign nationals have streamed into the country and continue to take advantage of scarce job opportunities at the expense of the local citizenry. These results in competition to access education and job opportunities and are some of the reasons why the youth do not feel inclined to accommodate their African brothers and sisters.

Ms Slindile Mlilo, a PhD candidate from the African Center for Migration and Society, based at the University of the Witswatersrand, spoke on statistical analysis of the recent xenophobic attacks. She noted that there were 529 incidents in total as from 2018, 100 000+ people were displaced. She also noted that there was high concentration of displacement in Gauteng, Western Cape, Kwazulu Natal with North West being on the rise. However, some areas might have low rates because people are not reporting. From January to September 2019 a total of 68 incidents were recorded, 12 people died over 800 people displaced and over 48 shops looted. 10 South Africans were affected as well as women and children.

Vuyani Mrali a University of Pretoria student, gave a final note that South Africa was experiencing what is essentially a cultural problem. His argument was that in any case, if foreign nationals were to be removed as some have called for, tribalism would still subsist. He noted that before colonialism there was a preexisting issue of identity politics, permeated by a superiority/inferiority complex amongst the various tribes in South Africa. He noted that xenophobia could not be dealt with effectively without a thorough understanding of Ubuntu. Many participants agreed that identity crisis is indeed a pertinent issue in South African intercultural relations.

In conclusion, Prof Hansungule noted that Article 12 (5) of the African Charter on Human and Peoples’ Rights admonishes attacks African foreign nationals in other African Countries and all African Countries have ratified this Charter. In response to Mr. Amos Monyela, he noted that in countries like Zambia, South African guerillas were not restricted but treated with the dignity that the above Charter presupposes, and is a standard worth emulating. He gave personal anecdotes on his experiences of xenophobia while in South Africa as well as giving insight into how these issues can be dealt with institutionally as opposed to individual and ad hoc responses on the ground. The event came to a close with much hope for a legislative framework that comprehensively addresses these issues but also the somber realisation that much work is still to be done in fostering dialogues that raise African’s awareness to issues of xenophobia, Nationality, and Equality in Africa. 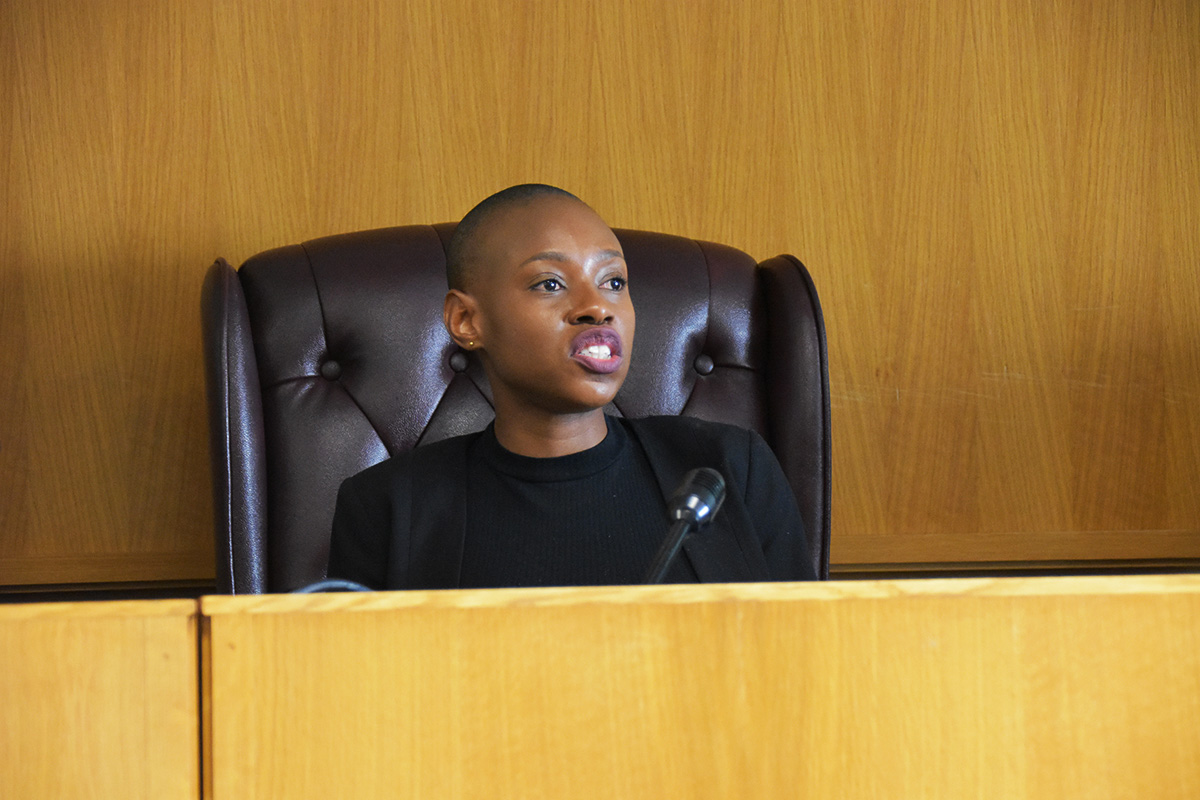 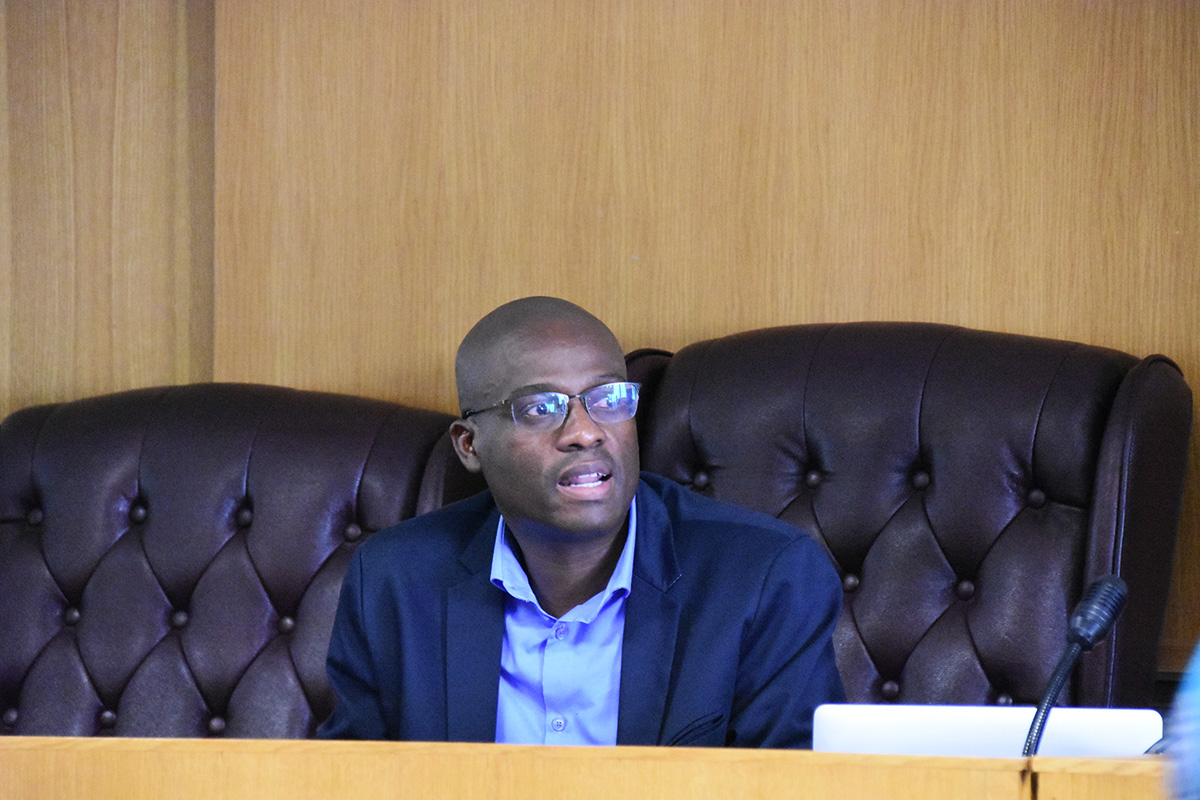 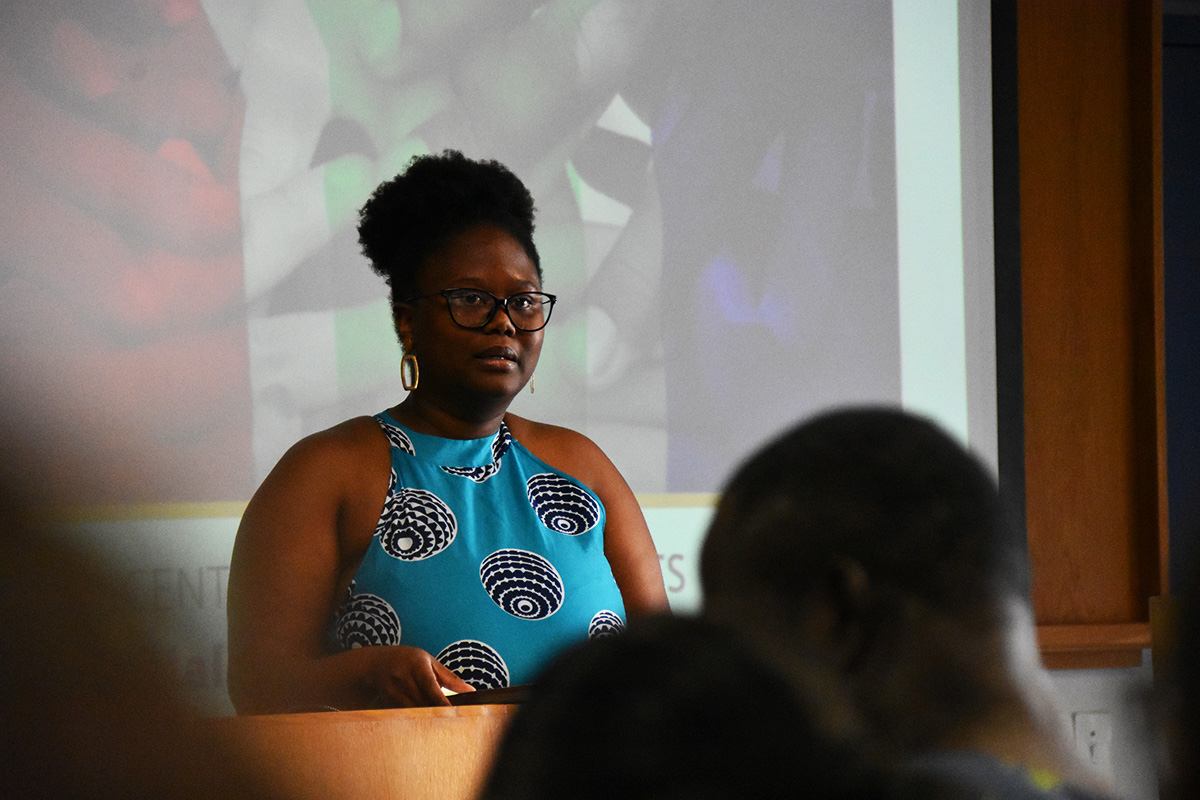 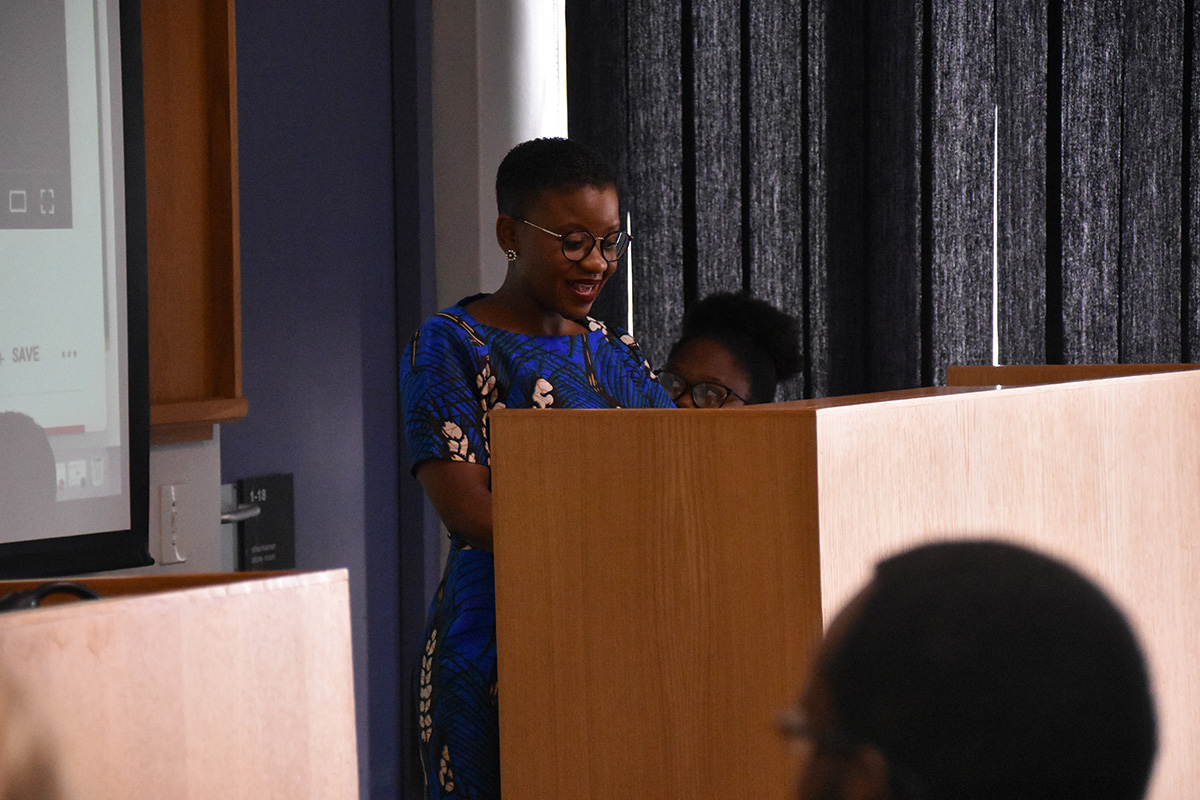 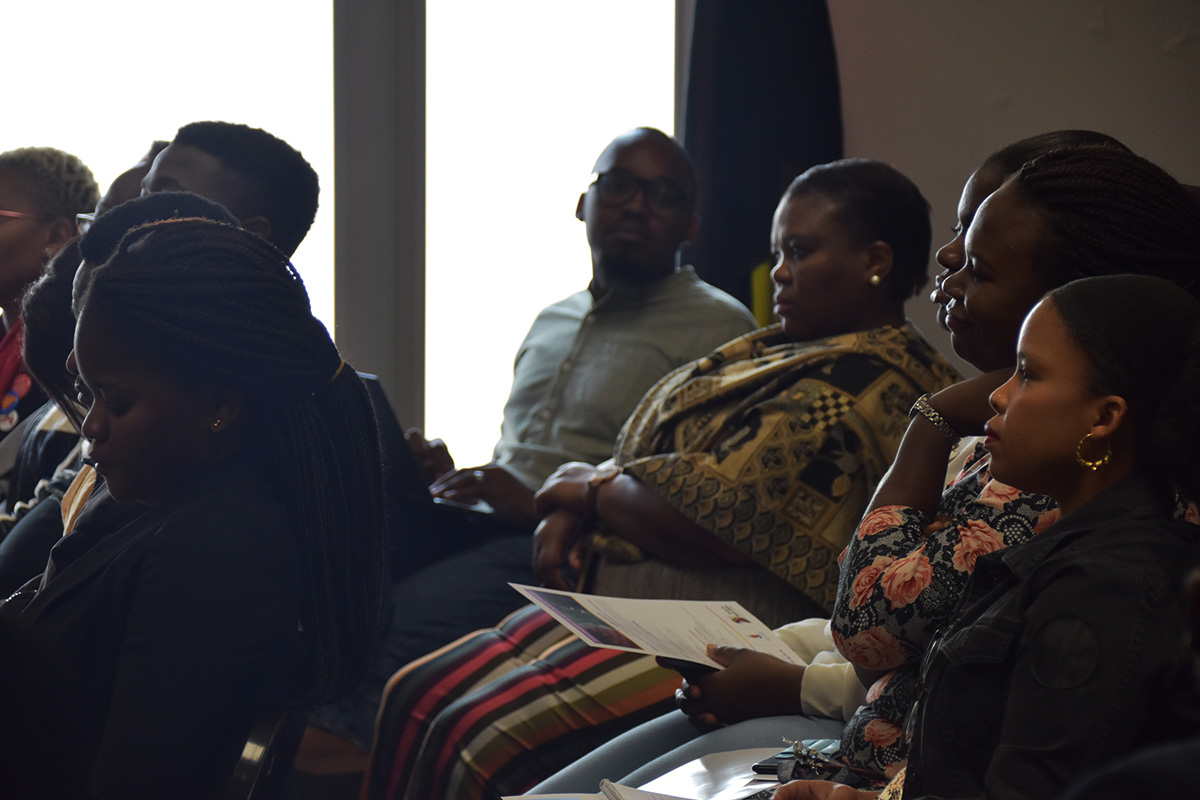 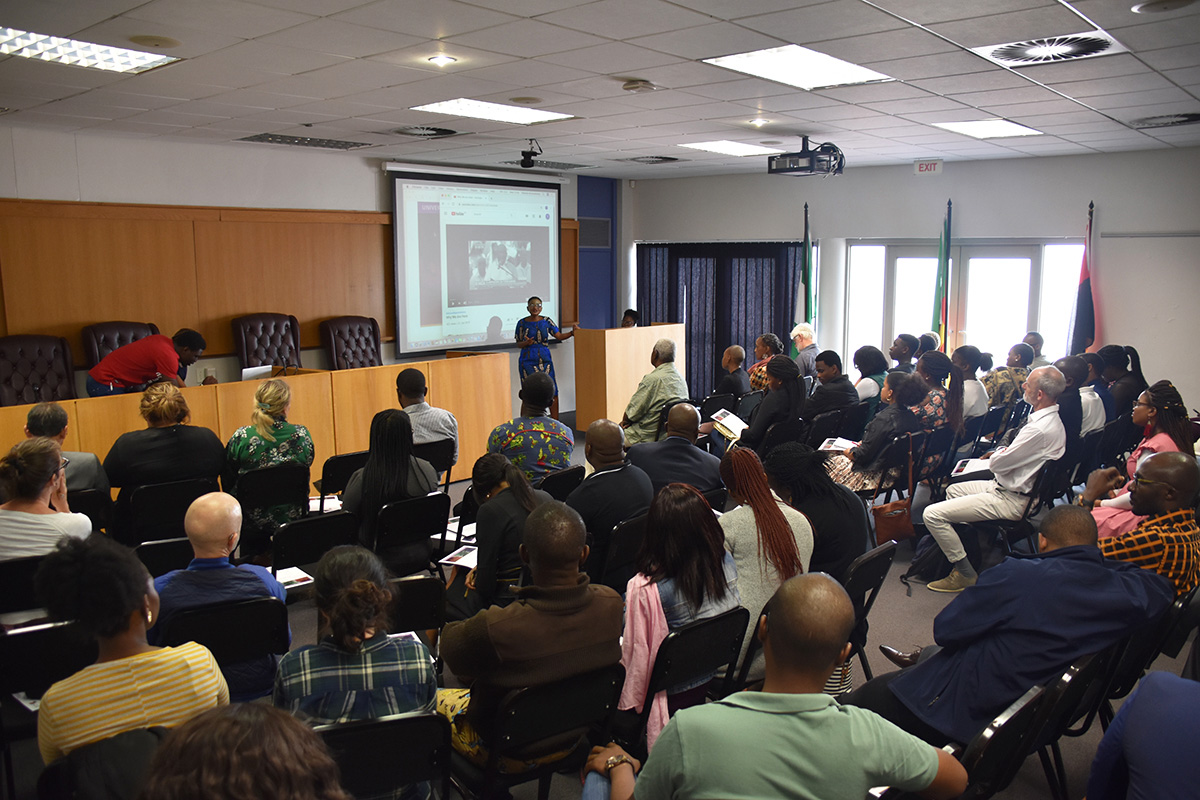 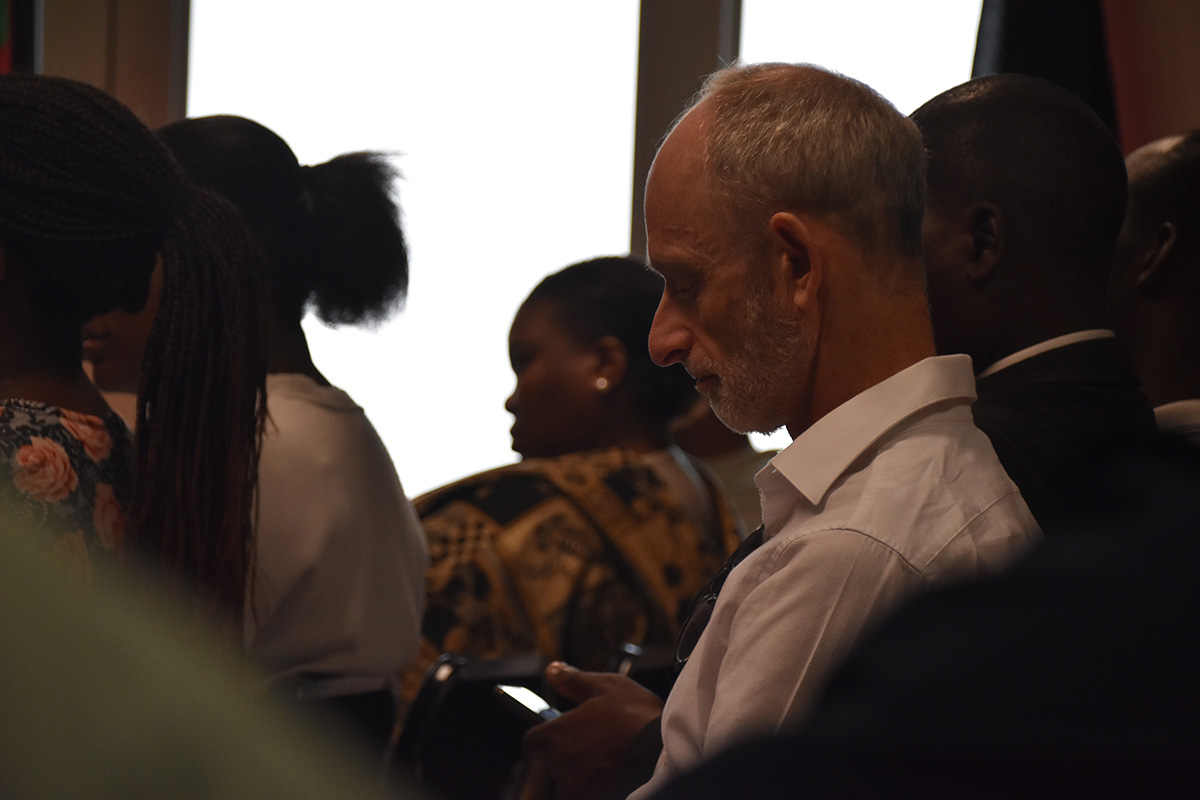 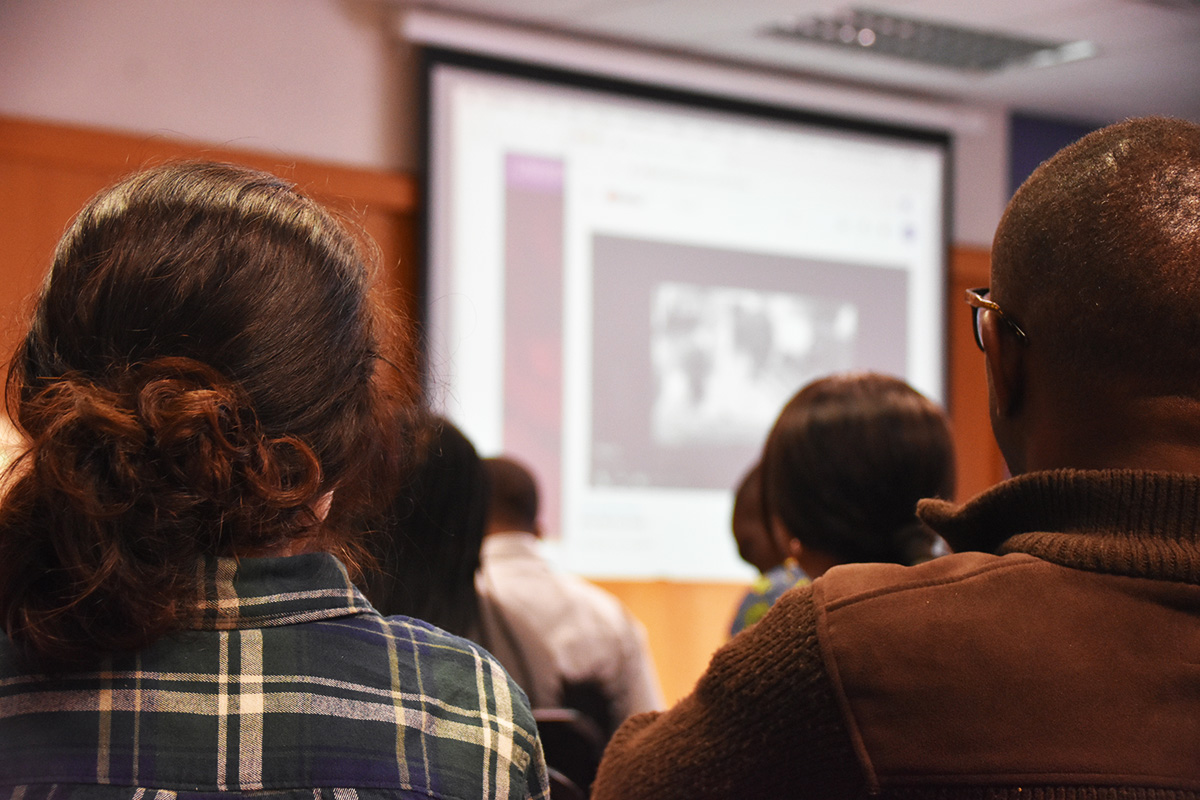 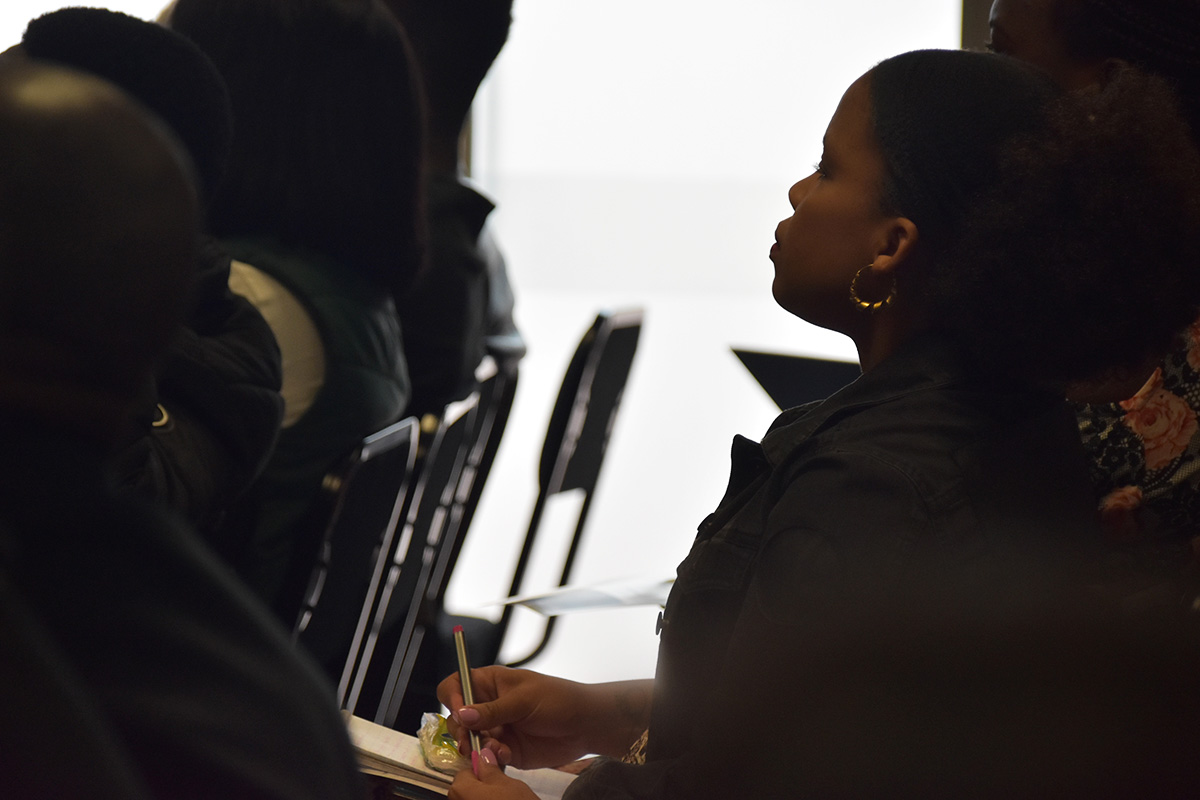 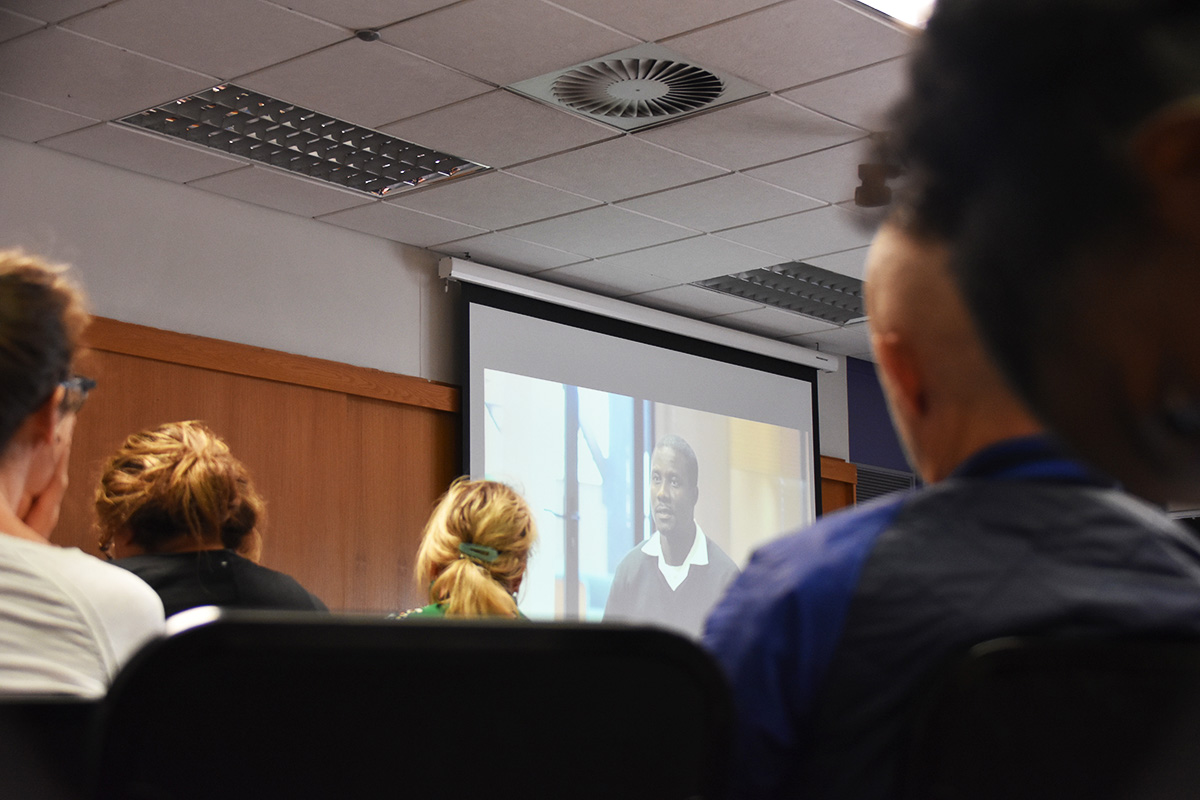 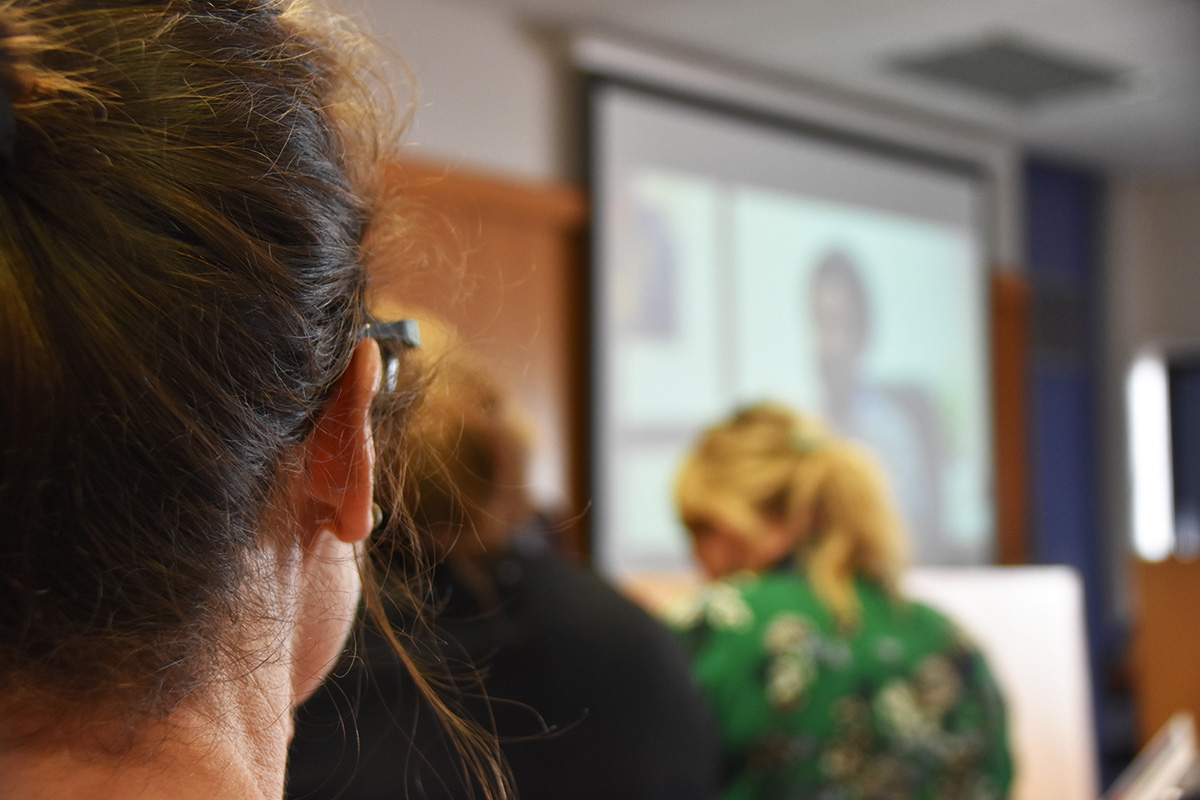