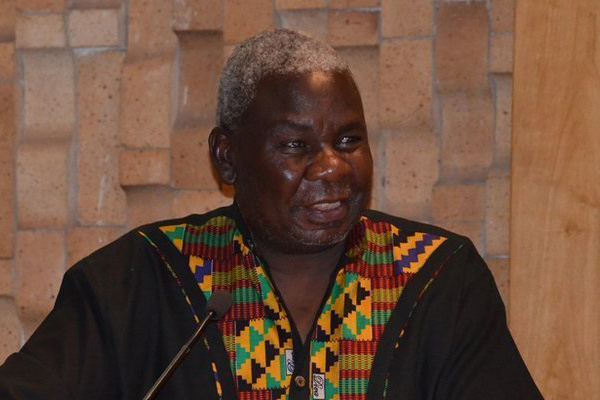 Professor Michelo Hansungule has demanded that President Rupiah Banda postpones the elections to allow for serious investigation into the corruption surrounding UPG. And Prof Hansungule says the Anti Corruption Commission (ACC) has discredited itself by harassing sources of information.

PROFESSOR Michelo Hansungule has demanded that President Rupiah Banda postpones the elections to allow for serious investigation into the corruption surrounding UPG.

And Prof Hansungule says the Anti Corruption Commission (ACC) has discredited itself by harassing sources of information.

Prof Hansungule said the coming general elections were already tainted with what he termed "deep-seated suspicions".

"The elections must be postponed to give time to look into this electoral tender issue. It is a serious allegation. Government has a duty to heed public sentiments about suspected electoral fraud by this Universal Print Group thing," Prof Hansungule said.

"You can't go into an election with such dark clouds hovering around the horizons ready to pounce on the event. Or does it not matter to President Rupiah Banda the conditions under which he is elected to second term? What exactly is behind this hugely embarrassing scandal?"

He said instead of denying that the tender or the company involved might have raised corrupt suspicions, government should have led calls for thorough investigations also into the capacity of the Government Printers to do the job.

Prof Hansungule wondered why the government could not trust Zambians to print the ballot papers when they had done it before through Government Printers.
"Why this type of ‘thinking' after half a century of independence?

And even if the Government Printers had no capacity to do the job, where was government the whole of these years to give it the necessary capacity? Do the right thing and postpone the elections to seriously look into these allegations," he said.
And Prof Hansungule asked the government to stop tutoring the ACC on what it should and shouldn't do.

He said as a creature of statute it was important that the ACC was left to operate freely, particularly during election time.

"The sad picture now is that someone is micromanaging it and this is a shame to the commissioners and officers there! There should be absolutely no perception that government is colluding with senior echelons at the ACC to undermine the mandate of the corruption-busting body," Prof Hansungule said.

"The ACC has discredited itself in harassing important sources of information for their work. Sad as it is, ACC director general Lt Col Godfrey Kayukwa's mishandling of Given Lubinda and Fred M'membe is indicative of the power of the hidden hand micromanaging the corruption buster for his own interests.

Were it not for the hidden hand, there would absolutely be no need for DG Kayukwa to descend into panic and summon the two simultaneously as he rushes to the press to announce the same summon instead of waiting for the summoned to appear or respond to his summon."

He reminded the ACC that public institutions had a duty to inspire confidence in the way they discharged public duties.

"DG Kayukwa referred to ‘procedures' of doing things at ACC. Can I ask him: Is it procedural at ACC to summon someone and then rush to the press to announce the summon? It is gross misbehaviour for the corruption buster to so publicly pander to authorities instead of playing it professionally," he said.

"The Anti-Corruption Commission has a clear mandate to fight corruption in Zambia. In order to assist it do this, Section 5 of the ACC Act invested the Commission with ‘autonomy' wherein it is clearly stated that ‘the Commission shall not be subject to the direction or control of any person or authority'.

I want to underline ‘authority' and say it is crucial to the work of a corruption buster to be in control of itself ignoring all authorities. Why is it that over this issue of the Durban printer engaged to print this year's election ballots, the ACC's statements about there being no corruption suspected in the awarding of the tender so conspicuously echo those of the government and the Electoral Commission of Zambia?"

He wondered why the three institutions should be unanimous in their public statements despite their different roles and mandates.

Prof Hansungule said the ACC could not rush to issue statements denying corruption where it had received information calling for investigation.
He said it was a dismissible offence for ACC officials who acted contrary to their mandate.

"Section 9 of the ACC Act clearly imposes a statutory duty on the ACC to ‘prevent and take necessary measures for the prevention of corruption by public and private bodies. In relation to the ECZ and this Universal Printer thing which I am sure is not universal, what measures did the ACC take to prevent corruption in the awarding of the tender?" he asked.

"The ACC knows as we all do that elections are big time for corruption, what measures did they put in place to prevent tenderpreneurship as required of them by statute? The Act also provides that the ACC should advise public and private bodies ‘on ways and means of preventing corrupt practices'. Can the ACC publish their advice to the ECZ over awarding of tenders for the forthcoming elections?"

Prof Hansungule said Parliament did not empower ACC to refuse and issue announcements such as the one they issued on UPG.

He said that was being political and a clear disrespect of a simple provision of the law.

"What the public expected from the ACC is a statement saying ‘following complaints received and after investigations, this is the outcome', either confirming or rejecting the complaint," said Prof Hansungule.

"Instead of harassing the Given Lubinda's and Post newspapers, summoning them like children and consequently embarrassing them, the ACC should be appreciative of the role institutions like independent media play in doing what the ACC should in fact be doing. Harassing the public for alleging corruption is contravening the very letter and spirit of the ACC."