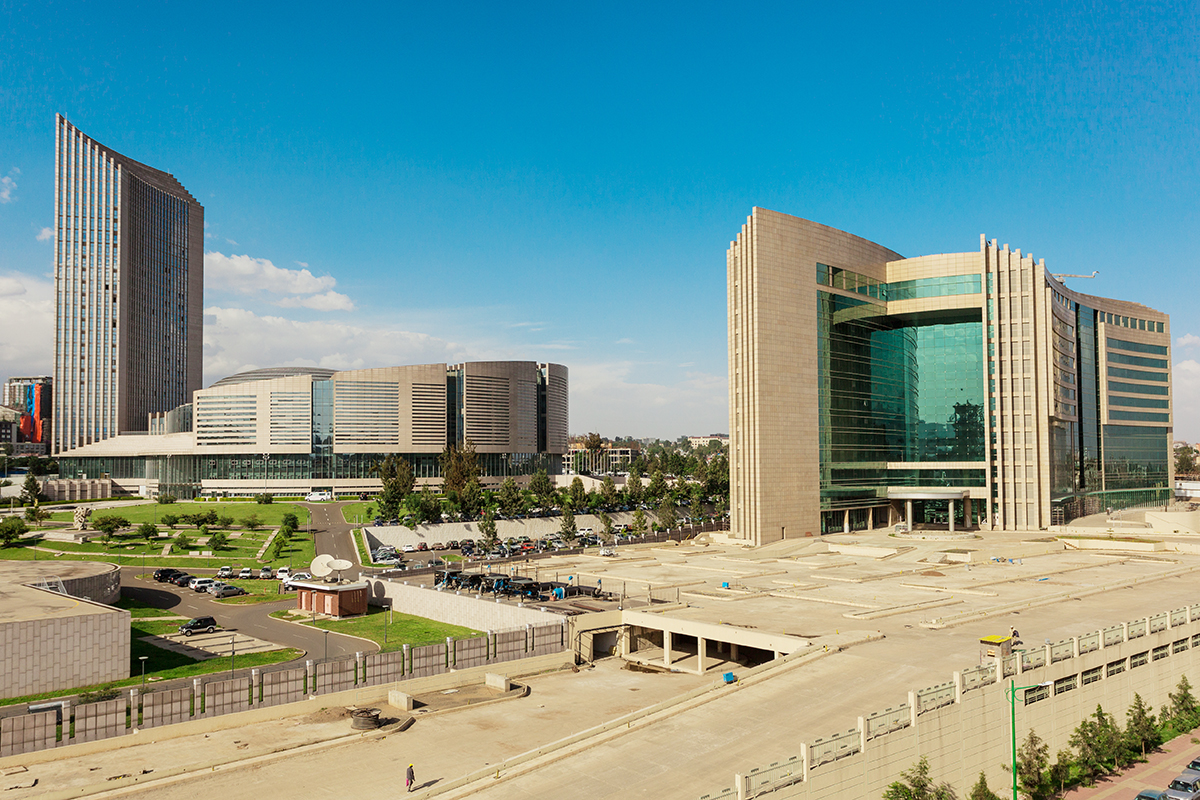 Professor Frans Viljoen, the Centre’s Director, presented an interactive discussion on the African human rights systems and emerging regional systems. He invited the class to state their views on what the essence is of having the African human rights system, whilst the African states already have legally binding obligations under international law? Concurring, with most views from the class, he classified the answer to the above into four being; legitimacy, effectiveness, accessibility and enforcement, which according to him should be considered an encouragement to move forward towards building a robust African Human Rights System. However, he also highlighted the factors such as negative political influence and controls over the work of the African Human Rights System as the main hinderances of its work. An example he gave was a deliberation on how political pressure managed to persuade the ACHPR to withdraw the observer status of the Coalition of African Lesbians (CAL) in the past. Nevertheless, he urged that; the challenges faced by the Commission should not be considered a discouragement for the human rights advocacy movement at all, but rather as a strength to forge on towards developing robust African Human Rights Systems.

Ms Corlette Letlojane, the Director of HURISA, took the third lecture, upon which she discussed the Civil Society Organisations engagements (CSOs) in the African human rights system. She emphasised the remarkable role played by the CSOs in promoting and ensuring implementation of the provisions of the African Charter. According to her, without the CSOs, the rule of law, human rights, justice, and freedom enshrined as the pivotal values of African Charter will just be a façade. This is because the CSOs are the main watchdogs whose role is to ensure enforcement and implementation of the African Human Rights Law including the decisions of the ACHPR. She also corroborated a few key points raised by the above two speakers, especially the distressing impact of the claw backs found in the African Charter of Human and People’s rights, and the political influence over the operations of the Commission. She then shared her experiences on how CSOs have played a major role on advancing the African human Rights system for a long time, such as, their involvement in the drafting processes of the several protocols to the Charter, rules and procedure, the guidelines and establishment of the ACHPR special mandate holder. Prof Magnus wrapped the first-day activities with an introduction to the moot court exercise, which was conducted later at the end of the week.

On the second day of the course, Dr Horace Ajdolohoun, the Principal Legal Officer of African Court on Human and Peoples’ Rights, started the day with the discussions on, protection of human rights in Africa. He conducted a detailed discussion on the structure and operations of the African Court on Human and Peoples’ Rights as well as its mandate. He stated that; the court was established to mainly to compliment the mandate of the Banjul Commission, and it is the judicial imperious upon which the decisions become binding between the parties, and enforceable. He highlighted the lack of implementation of the court decisions as the main challenge of its potential efficacy.

The third speaker of the day was Dr Ashwanee Budoo, from the Centre for Human Rights, who conducted an insightful and interactive discussion on the Maputo protocol and the women’s rights in Africa. She began the session by laying down the foundations and historical evolution of the Maputo Protocol, which moved in to a momentary interactive debate on why was there a need for the Maputo Protocol in the first place, if many of the African were already the state parties to the United Nations Convention on the Elimination of all forms of Discrimination Against Women (CEDAW). The participants were then allocated different sections of the Maputo Protocol to assess their level of implementation and to reflect on how such sections are applicable to their respective countries. She concluded her session by highlighting the apparent deficiencies of the Maputo protocol, such as its lack of provisions on marital rape and sex work, and she stated that, though Maputo protocol is not perfect it can certainly be used as a basis.

Ms Susan Mutambasere, from the Women’s Rights Unit at the Centre, closed the second day with discussions on the challenges of state and shadow reporting. She stated that the state and shadow reporting exercise is the only way states can identify best practices from each other and it helps the states to measure how they are doing in terms of implementation of the African Charter on Human and Peoples’ rights within their domestic terrains. She urged the participants to put a push on their governments to submit their reports.

Day three was reserved for the discussions on Inter-American and European Human Rights Systems. Prof Clara Burbano-Herrera from Ghent University, narrated foundations of the Inter-American System and delved into the practical realities versus the black and white paper based Inter- American Human Rights system. She stated that though the inter-American human rights legal system is robust, social inequalities and unequal resources distribution as well as impunities remain a critical problem. The small and poor communities continue suffering whilst power and the riches in other communities remain concentrated on only a few rich people. She used this as an example to explain the universality of the human rights matters; thus, not only Africa is suffering from poverty and human rights violations, even the developed and the world powerful continents suffer the same. She gave a few examples of the grievous human rights violations’ experiences by smaller populations in the countries such as Panorama, Mexico, and Argentina and Chile. She stated however, the inter- American court system operates slightly different from the African court on Human and peoples’ rights in that, it can only hear the cases for the states which have explicitly ratified both the American Convention on Human Rights and the optional declaration of the inter- American court. Further, the contentious jurisdiction of the Inter-American Court restricts its mandate to the application and interpretation of the American Convention on Human Rights only and the advisory jurisdiction obliges it not to impose obligations or sanctions but only to give advisory opinions. The African court, on the other hand, is not limited only to the interpretation of African Charter but any other relevant human rights instrument ratified by the Member State concerned.

Dr Geraldine Reymenants, the head of delegation of the Government of Flanders, Pretoria, gave a brief word of welcome to the participants and handed over to Prof Yves Haeck, from Ghent University who took the class through the operations, challenges and successes of the European Human rights system.

Other presenters and topic presented were:

The key highlights of the advanced course were mainly the class exercises which composed of the daily quizzes and the moot court exercise facilitated by Prof Magnus Killander, the course coordinator, which were used to test the ability of the participants to practically apply the knowledge acquired from the course. At the close of the third day, the participants also had an opportunity to attend the 20-years celebration of the African Human Rights Law Journal. And lastly, on Thursday afternoon, there was a zoom groups break away session where the class was divided in to two to discuss the African Commission: Endorois case and African Court: Mali family law case with Tresor Makunya and Susan Mutambasere both from the Centre for human Rights, UP.

The advanced course was a huge success. The financial support of the General Representation of the Government of Flanders is gratefully acknowledged.

The report was written by Dorcas Basimanyane, a Doctoral Candidate at the Centre for Human Rights.= 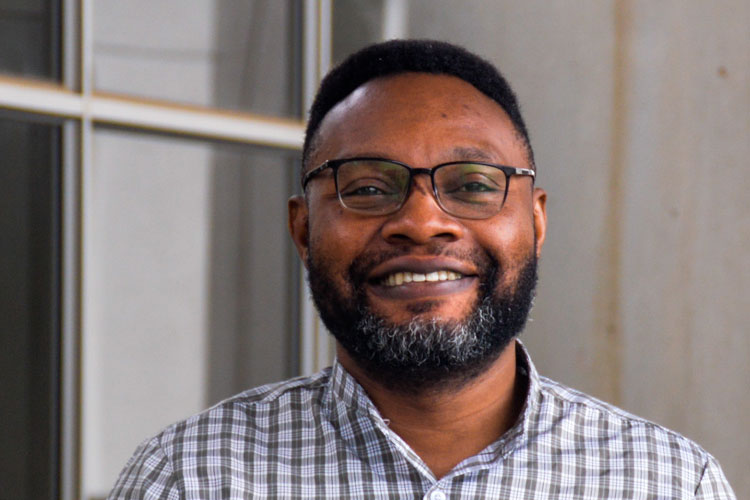