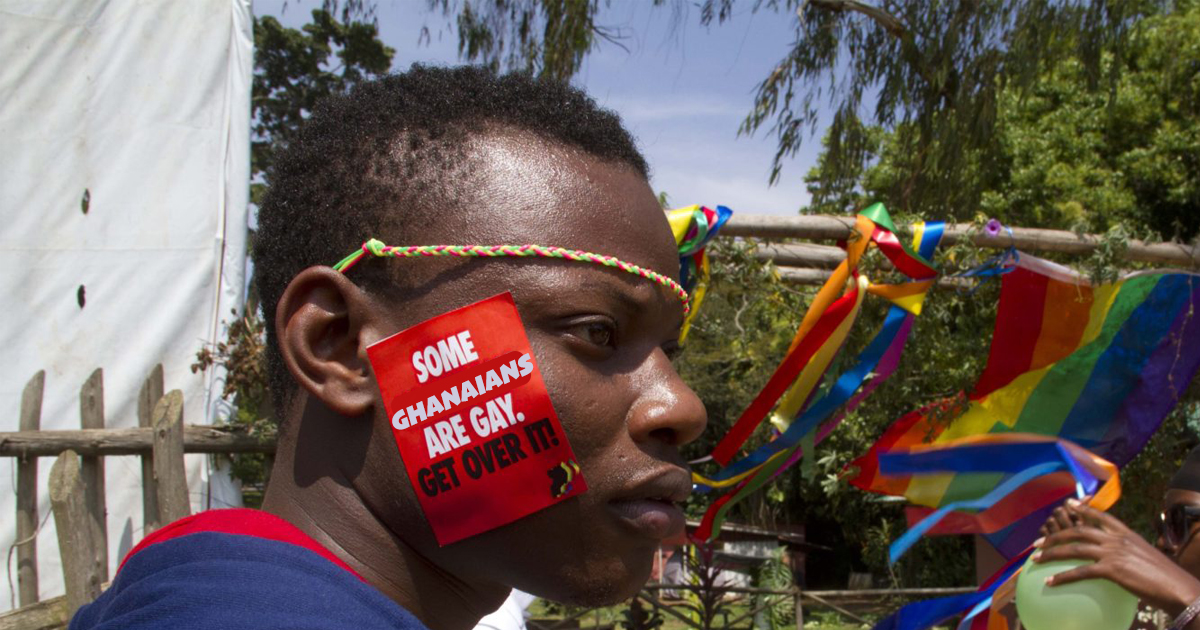 The Centre for Human Rights, Faculty of Law, University of Pretoria, condemns the recent series of attacks against the LGBTIQ+ community and LGBTIQ+ human rights defenders in the Republic of Ghana. In a press release dated 21 May 2021, the Ghana Police Service claimed it had arrested 21 persons (16 females and 5 males) at a ‘supposed conference, advocating LGBTQI activities’. The police arrested these human rights defenders, who were attending a paralegal training, and charged them before a Circuit Court for unlawful assembly under section 202 of the Criminal Offences Act of Ghana. The court remanded all 21 persons in police custody for 2 weeks.

These arrests follow a pattern of similar attacks against the LGBTIQ+ community in Ghana. For instance, in February 2021, a community centre for sexual and gender minorities had to be shut down after a raid by security forces. The raid of an LGBTIQ+ office and the arrest of LGBTIQ+ human rights defenders by the Ghana Police is in sharp contrast to the commitment made by the Inspector General of Police in 2017 to protect sexual and gender minorities according to the dictates of the Ghanaian Constitution and to make the police stations of Ghana ‘a safe environment or haven for LGBT persons’.

However, the actions of the Ghanaian authorities deny LGBTIQ+ people and their defenders their human rights as guaranteed in the Constitution of Ghana, and also contravene the international human rights treaties that Ghana has ratified guaranteeing the rights to assembly and association.

Article 17 of the Constitution of Ghana specifically provides that ‘[a]ll persons shall be equal before the law’ and ‘shall not be discriminated against on grounds of gender, race, colour, ethnic origin, religion, creed or social or economic status. Article 15 protects the right to dignity while article 21 further guarantees the freedoms of expression, assembly and association. Forms of violence and other discrimination perpetuated against LGBTIQ+ persons on the basis of their sexual orientation, sex or gender, constitute unfair discrimination and violate the principles of the Constitution. Ultimately, these hate crimes deny LGBTIQ+ individuals their right to life as provided in article 13 of the Constitution.

Ghana has ratified the African Charter on Human and Peoples’ Rights (‘African Charter’), the International Covenant on Civil and Political Rights and other international human rights instruments that guarantee the rights to assembly and association. Ghana has also stated, before the Human Rights Committee in 2017, that its constitution protects LGBTIQ+ rights and the state is committed to preventing violations against and protecting the rights of sexual minorities.

Article 2 of the African Charter recognises the human rights of all individuals ‘without distinction of any kind’. In this regard, Resolution 275 of the African Commission on Human and Peoples’ Rights, adopted in 2014, spells out state obligations to protect individuals against violence and other human rights violations on the basis of their real or imputed sexual orientation or gender identity. In particular, it urges states to ensure that human rights defenders work in an enabling environment that is free of stigma, reprisals or criminal prosecution as a result of their human rights protection activities, including the rights of sexual minorities.

The actions of the Ghanaian authorities reinforce negative and discriminatory social attitudes against the LGBTIQ+ community in Ghana. These attitudes are likely to result in violence and other forms of human rights abuses against Ghanaians on the basis of their real or imputed sexual orientation or gender identity.

Against this background, the Centre for Human Rights:

For more information on LGBTIQ+ rights in Africa, please contact: