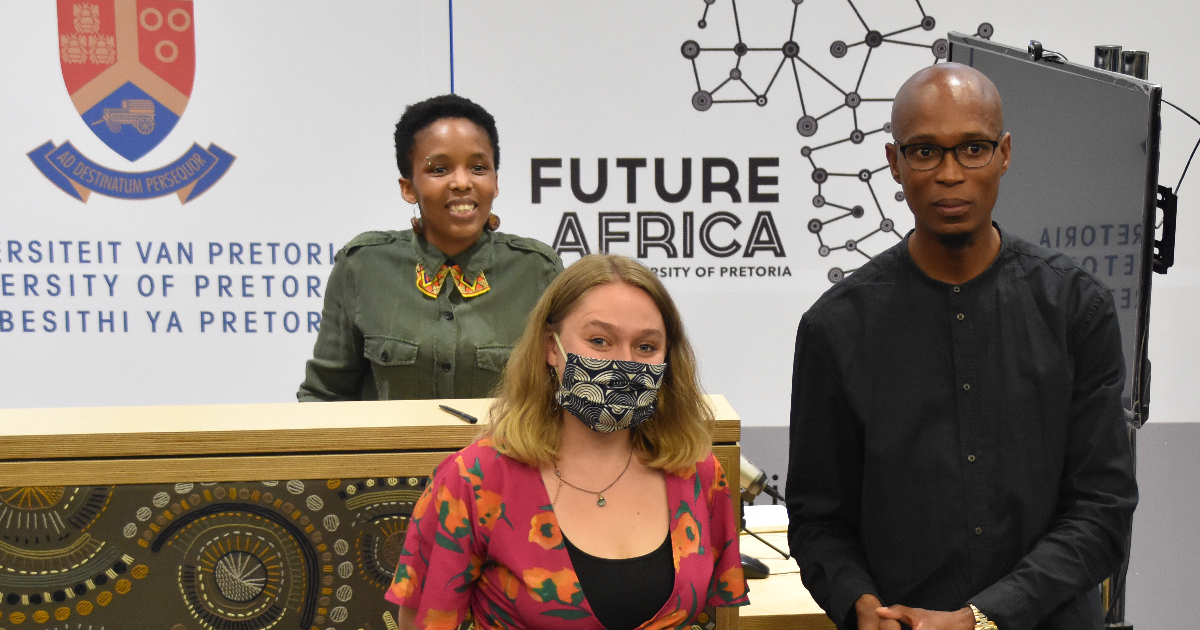 On Saturday 29 May 2021, the Centre for Human Rights, University of Pretoria, launched the #ReviveSADCTribunal advocacy campaign at the Future Africa Campus. Students on the LLM/MPhil in Human Rights and Democratisation in Africa (HRDA) programme spearheaded the launch of the campaign.

The #ReviveSADCTribunal campaign seeks to raise awareness of the SADC Tribunal's crucial role in enhancing access to justice, fostering and defending human rights, equality, good governance, the rule of law, and accountability in Southern Africa. Additionally, it intends to garner widespread policy attention to reintroduce the SADC Tribunal as an institution capable of providing legal recourse to victims of human rights violations when local court mechanisms fail them. More than fifty people attended the launch, including students, representatives from academia and civil society organisations (CSOs).

Professor Moses Phooko, Associate Professor at the University of Johannesburg, delivered the keynote lecture titled Badimo, Spirits of the Dead: Mike Campbell resuscitates significant action to the future of the (suspended) SADC Tribunal. In his address, Prof Phooko reviewed the SADC Tribunal's historical backdrop, the land reform movement in Zimbabwe, the emergence of Campbell cases before the SADC Tribunal, and the suspension of the SADC Tribunal.

Prof Phooko highlighted the favourable judgment from the South African Constitutional Court, rulings in the Tanzanian High Court indicating that the disbandment of the Tribunal was illegal, President Cyril Ramaphosa of South Africa's withdrawal of South Africa's signature from the contentious Protocol and finally the public declaration by the Zimbabwean President Emmerson Mnangagwa to compensate all the farmers whose land was taken away. Prof Phooko praised the #ReviveSADCTribunal campaign for being relevant and topical, pointing out that few projects have followed a similar public approach. He voiced concern that talks on resurrecting the SADC Tribunal have been done secretly and asked stakeholders to take the lead in publicly resurrecting the SADC Tribunal.

He urged the Centre to collaborate closely with CSOs across Southern Africa and the Ministry of Justice's Special Tribunal. As we advance, he added that the issues that led to the suspension of the SADC Tribunal should be addressed, particularly the supremacy of SADC community law, and that SADC should see if it can learn from other regional courts. He concluded that SADC could no longer separate itself from other regional blocs by lacking a judicial structure since there is no foundation for the suspension.

In answer to whether or not campaigning is sufficient to provide SADC citizens access to an accountability system, he said that it is critical to identify key players who are more politically inclined to resurrect the SADC Tribunal. Getting closer to politicians and presenting compelling arguments for the necessity for the Tribunal is an excellent beginning point, as is placing it on the SADC Summit agenda.

Participants also had the chance to sign an online petition on the issue which the Centre plans to use during its advocacy to the SADC Member States in the build-up to the SADC Summit slated for August in Lilongwe, Malawi.

Mr Bright Ngwenyama Gunde, the SADC Lawyers Association's Programs Officer, also addressed the considerable lobbying for the SADC Tribunal's reinstatement. Mr Selby Makgotho, the Special Tribunal's spokesman from the South African Ministry of Justice, said that the Special Tribunal is highly interested in restoring the SADC Tribunal and is eager to provide any assistance to the effort.

Professor Magnus Killander, Academic Coordinator of the LLM/MPhil in Human Rights and Democratisation in Africa (HRDA) Programme at the Centre for Human Rights, concluded by thanking Prof Phooko and the guests for their contributions. He added that SADC Member States should avoid reinventing the wheel, noting that it is much simpler to deal with what is present than to develop something new. He also asked the participants to generate momentum on the topic leveraging connections from their respective networks, considering that the Tribunal is also the forum for resolving trade disputes in the region.