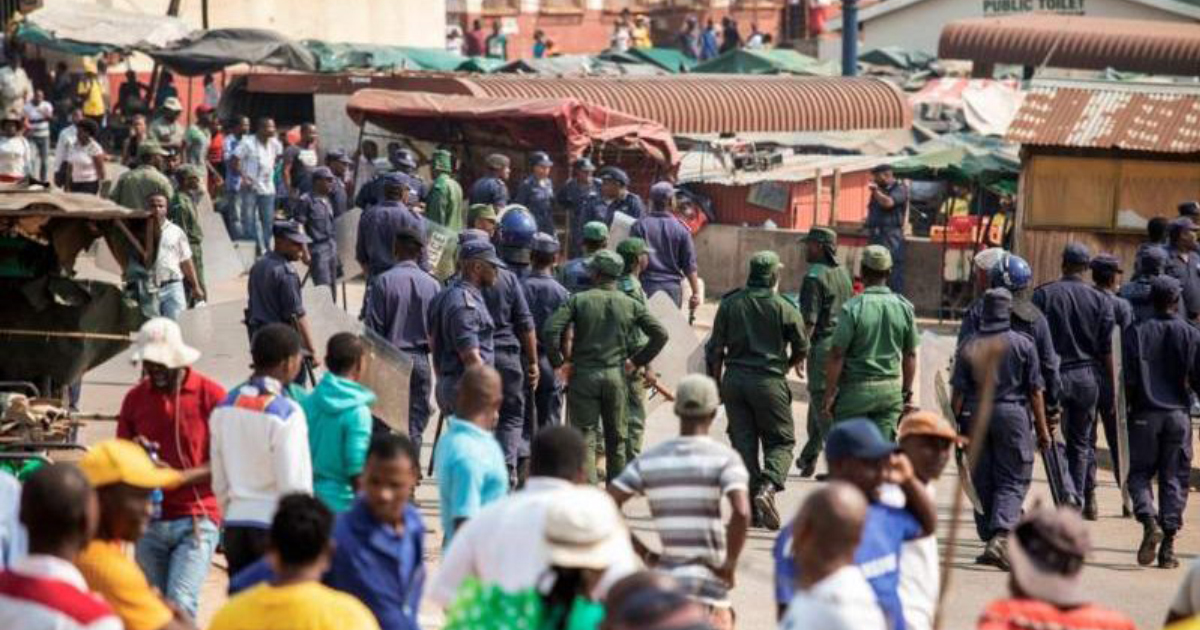 The Centre for Human Rights, Faculty of Law, University of Pretoria, is deeply concerned about the recent events occurring in Eswatini in the wake of protests against police brutality and in support of democracy in the nation. The violent nature of the protests and the response of the Eswatini government pose a threat to the fundamental right to life of citizens of Eswatini, the only remaining absolute monarchy in Africa.

Following the death of a young man in an incident that is alleged to have been as a result of police brutality, the #JusticeForThabani movement, a wave of citizen protests against the monarchy of Eswatini and the conduct of the police in the nation, erupted. The protestors are calling for reforms within the government, particularly towards a more democratic dispensation that carries with it independent and accountable state institutions. Furthermore, there is a clarion call for reform within the police force against the use of extreme force against the citizenry.

The calls for reform within the police and security sector against the use of undue force are not unique to Eswatini, the continent and the world at large. We have seen similar incidents in Nigeria, South Africa, Uganda and Zimbabwe. It is unfortunate that where protests call for reform, they are repeatedly met with violence on the part of the state as was recently observed in the #ENDSARS protests in Nigeria that led to the Lekki Massacre and other similar incidents within the continent. The government of Eswatini has also met its citizens’ calls for reform with violence, with reports of police firing live ammunition and spreading teargas to quell the protests. There are also reports of the army being deployed to the streets in a bid to subdue the protests.

We strongly condemn acts of violence and vandalism that lead to injury, loss of life and damage to property. In the same vein we condemn, in the strongest terms, the disproportionate use of force against citizens peacefully protesting which unfortunately has become the legacy of interaction between most African governments and their citizenry.

On 24 June 2021, the Acting Prime Minister of Eswatini issued a decree that prohibited the handing over or delivery of petitions to government officials or members of Parliament. The handing over of petitions is typically the method with which protesting citizens can give a voice to their concerns to the government. Despite this ban, the Constitution of Eswatini in sections 24 and 25 protects the rights to freedom of expression as well as the right to freedom of peaceful assembly and association. The issuing of such a decree by the government of Eswatini therefore contravenes these rights as provided for in their constitutions and limits the expression of these freedoms to the extent that those protesting are doing so peacefully. The issuing of such a decree therefore reflects a shrinking civic space within Eswatini, which has a chilling effect on the practice of democracy. The shrinking of the civic space and limits to the rights mentioned above is also seen in incidents of targeting opposition leaders in situations of protests, another situation that is not unique to Eswatini. There have been reports of the targeting of opposition leaders amid the protestors and the use of excessive force against them, including arrests on frivolous charges and allegations of assault. We condemn these repressive acts in the strongest terms and call on the government of Eswatini to respect the rights of their citizens as protected in the Constitution of the nation.

The core issue at the heart of the protests in Eswatini is the call for democratic reforms in the state linked to matters of reform of the Royal Police Service as well as socio-economic challenges that have plagued the citizens of the nation. It is regrettable that the use of protest as a genuine method to voice these concerns and initiate dialogue between the citizens and the government was initially met with resistance and violence and eventually banned. We continue to call for constructive, democratic, and peaceful engagement between African states and their citizenry. We call upon the citizens of Eswatini engaged in protest to do so peacefully and respect for the law, life, dignity, and property. We further call upon the government of Eswatini to engage with their citizens with respect for their rights as enshrined in the Constitution and we condemn the use of the law as a tool to shrink the civic space and the excessive use of force used by the state to quell the protests.

Against this background, the Centre for Human Rights recommends: