Unpacking the sociopolitical landscape ahead of the municipal elections – DDP 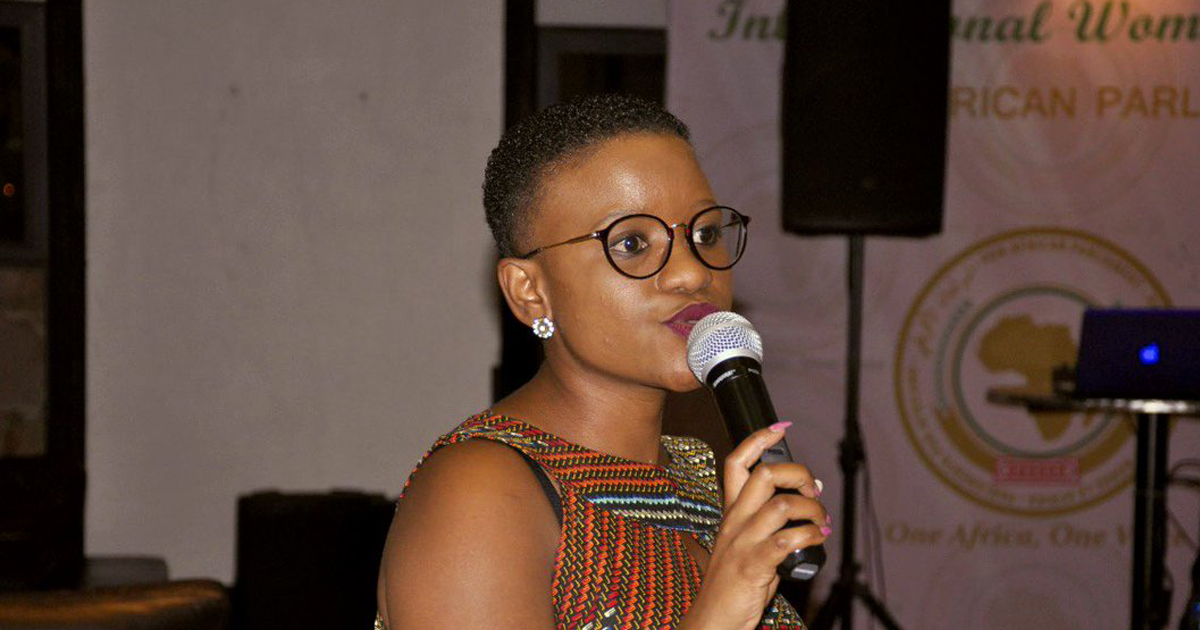 The Mail & Guardian and Democracy Development Program (DDP) hosted this webinar to unpack the sociopolitical landscape; discuss the possible outcomes based on available data and voting behaviour; assess the potential impact of coalitions and evaluate the balance of power for the new municipal administrations. It was moderated by Sphamandla Brian Mhlongo, Senior Programmes Officer at the DDP. The guest speakers were: Bonolo Makgale, Programme Manager of the Democracy and Civic Engagement Unit at the Centre for Human Rights, University of Pretoria; Andile Zulu, Political Writer; and Khanya Vilakazi, Researcher.

The sociopolitical landscape of South Africa is one of desperately poor people, who are so stressed by their circumstances and concerned with survival that they have become apathetic towards politics, at any level. Coalitions may provide smaller parties with a voice, but if they are formed only to unseat the ANC and have wide ideological differences, they soon fall apart — and service delivery suffers. We must learn from the mistakes that were made in 2016 if things are to change in 2021. These were among the points raised in this online seminar.

Sphamandla Brian Mhlongo of the DDP kicked off proceedings by outlining the sociopolitical landscape and context of the municipal elections, and introduced the webinar speakers.

Bonolo Makgale reflected on the possibility of coalition governments. She said the coalitions formed in the 2016 elections threatened the ANC’s domination, which was compounded by its corruption and ineptitude; it only managed to retain power in Ethekwini. Coalitions are considered to be unstable globally, but they can be strong examples of power-sharing. The rationale behind the three coalitions in the previous elections was power-seeking — to unseat the ANC and advance the parties’ own policies. However, ideological differences soon emerged; the coalitions were only bound superficially, and the unlikely marriages soon came unstuck.

What can be learned from this, asked Makgale? Formal, comprehensive and legal agreements must be agreed upon that bind the parties together — in other words, coalitions must be institutionalised. There is a need for collaborative governance and power-sharing, otherwise, as differences strain the coalition, service delivery suffers. In Johannesburg, Herman Mashaba was able to some extent negotiate and compromise, but this did cause ructions between him and his party. Such ideological compromises are essential for any coalitions that may be formed in this election in order for service delivery to be maintained and improved. Political games must take a back seat and municipalities must be administered properly, as the needs of the people come first.

The municipal level is where citizens feel most comfortable and empowered to interact with the government, pointed out Mhlongo, although many feel lethargic regarding voting for new parties.

The ANC was caught off guard in 2016 by the other political parties forming coalitions, and she hopes that there will be more preparation this time around. The goal of unseating the ANC is not enough to bind parties together; they must draw up agreements beforehand. Coalitions create space for smaller parties to govern, which balances power dynamics, so the role of “queenmaker” is important; but when I interviewed politicians for my MA, said Makgale, they all said that the EFF had too much say in the coalitions, which ultimately led to their collapse.

The line between administration and politics must be drawn more firmly, otherwise proper administration cannot occur, Makgale reiterated, providing the example of how Johannesburg was taken over by the DA/EFF coalition, but the officials who were still in power were mainly ANC, and this created problems; the DA claimed that budgets were cut, for instance. In addition, the DA said that they wanted to prioritise housing, while the EFF was more concerned about the land question; as there was no agreement on these issues, little then happened at an administration level. However, this is the level that coalitions must prioritise, in order for quality service delivery to occur.

Andile Zulu said that there is widespread political indifference in the population of the country at the moment, and “citizens are becoming spectators in their own democracy”. People feel they have been excluded from engagement at a local level, and that even if they did engage, they would not make any difference. This is what has happened globally, and it led to the rise of figures such as Donald Trump and Narendra Modi. This sense of powerlessness creates rage and apathy, evidenced by the unrest that occurred in July; many felt excluded from the prosperity that a few people enjoy in South Africa, and because of that they felt powerless and angry. When people feel they cannot make a difference politically, even at a local level, this allows for politicians to be very vague in their promises.

South Africa has the highest inequality in the world, and the most unemployment in the world, said Zulu. More than half the population live on or below the breadline, and struggle to survive; they can’t access decent healthcare and education for their children. This makes them feel drained: they are confronted with pressures such as decaying infrastructure and the terror of gender-based violence, so at the end of the day they have no energy left to focus on politics. They then turn to other sources for satisfaction, such as entertainment and alcohol or drug abuse.

On top of this, since 1994 the ANC has been actively suppressing any grassroots organisations that arise such as Abahlali baseMjondolo or the Amadiba Housing Committee. They face constant harassment and violence from the state, and their leaders are persecuted, and this gives ordinary people little incentive to participate in civic movements. There is also very little civic education, so few people understand how to engage with, for instance, municipalities.

The ANC is in decline, said Zulu, because it has failed to transform the economy from one that excludes most people from accessing necessities. State capture also drastically impacted its capacity to deliver basic services, or they are poor in nature, and this contributes to the perception that “participation in politics is useless”. For example, more people can now access water, but its quality is often poor, and its availability is inconsistent. This decline of the ANC has allowed other parties such as the DA and EFF to make political gains, and they often base their policies on promises to deliver better services.

Khanya Vilakazi said there has been no shift in providing equitable services to the majority in South Africa; the best services have always been provided to those of a higher income level, who are predominantly white. There has been a shift of middle-class blacks to these areas from the townships, and I can see for myself, as I come from the townships, the vast difference between the services there and in more affluent areas. But what has happened in this so-called “decade of looting?”

Ramaphosa had a grand ambition to lift South Africa up, improve services etc, but actually, unemployment grew, and this was hugely exacerbated by the Covid-19 pandemic and lockdowns. Only a few affluent people were able to do their work through the internet, working from home. For those sitting unemployed at home, a reprieve was needed, and this came through increased social benefits, but corruption interfered with the R500-billion relief package, from the high to municipal levels.

Most South Africans are already just struggling to survive, said Vilakazi, and now they are seeing through things such as the Zondo Commission how corruption is taking place, and with few consequences. This leads to widespread apathy, as people feel disenfranchised by the system, evidenced by less and less participation in elections.

Many voters identify themselves with certain political parties, but they generally fail to deliver on their promises. Most of the political parties have a national manifesto, but voters in different areas have vastly different concerns: a person living in Cape Town is worried about inconsistent WiFi, while a township resident needs a road. Politics has become all about obtaining power, not delivering services at a grassroots level, and this is what voters have to deal with on a daily basis. 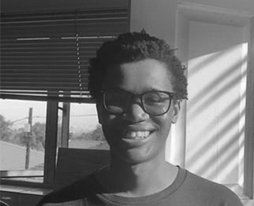 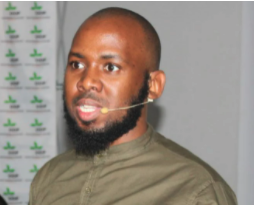 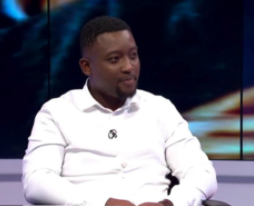 Questions from the audience

Mhlongo said a poll was run about expectations of voter turnout; most audience members said they think it will continue to go down in the forthcoming elections.

What are the implications of immigration policies on these local elections, which also affect informal traders, and social cohesion, asked a member of the audience? Zulu said the anxieties around this are because of economic instability and precarity, and this is a global phenomenon. Xenophobia must be dealt with on the basis of interventions such as a basic wage and access to food and housing for all, which then reduces resentment towards migrants. They must also be integrated into the economy properly — many cannot access healthcare or housing.

Some political parties claim to be “patriotic”, but actually they are creating hostility; migration is a reality and it’s not going to go away. Those who are jeopardising our welfare are not gays or immigrants, it is those who are in positions of power — in business or politics — but who have no interests beyond furthering their own.

Are local participation mechanisms effective, asked another audience member? Vilakazi said he believes the structures at local level should change to that of issue-based ballots, so that a list of what the issues are can come from the public themselves, and ward councillors can be judged on whether they are delivering upon these issues.

On the subject of coalitions, uniting because you have a common enemy will not always result in effective service delivery. The failures of past coalitions can be used as lessons for future ones. There is also the issue of councillors: are they representing the interests of their wards, or of their political parties? When nothing gets done, then voters become indifferent.

I think political parties would have a hard time contesting ward elections with community-based organisations, because the latter are doing the work political parties should be doing, said Vilakazi in reply to a question on this.

Zulu said he believes the future of our democracy depends on participation in civic and community-based organisations. We need a return to public participation that occurred in the late 80s and early 90s, he said, where people engaged in politics from the ground up, and forced consensus on the local governments. People forget about the power they have in numbers; if you can wage a successful, long-term campaign, you can leverage politicians to get the services you deserve.

Mhlongo thanked the speakers and the sponsors and closed proceedings by encouraging people to vote.

This article was originally published on Mail and Guardian, 30 September 2021 mg.co.za/special-reports/2021-09-30-unpacking-the-sociopolitical-landscape-ahead-of-the-municipal-elections-ddp/