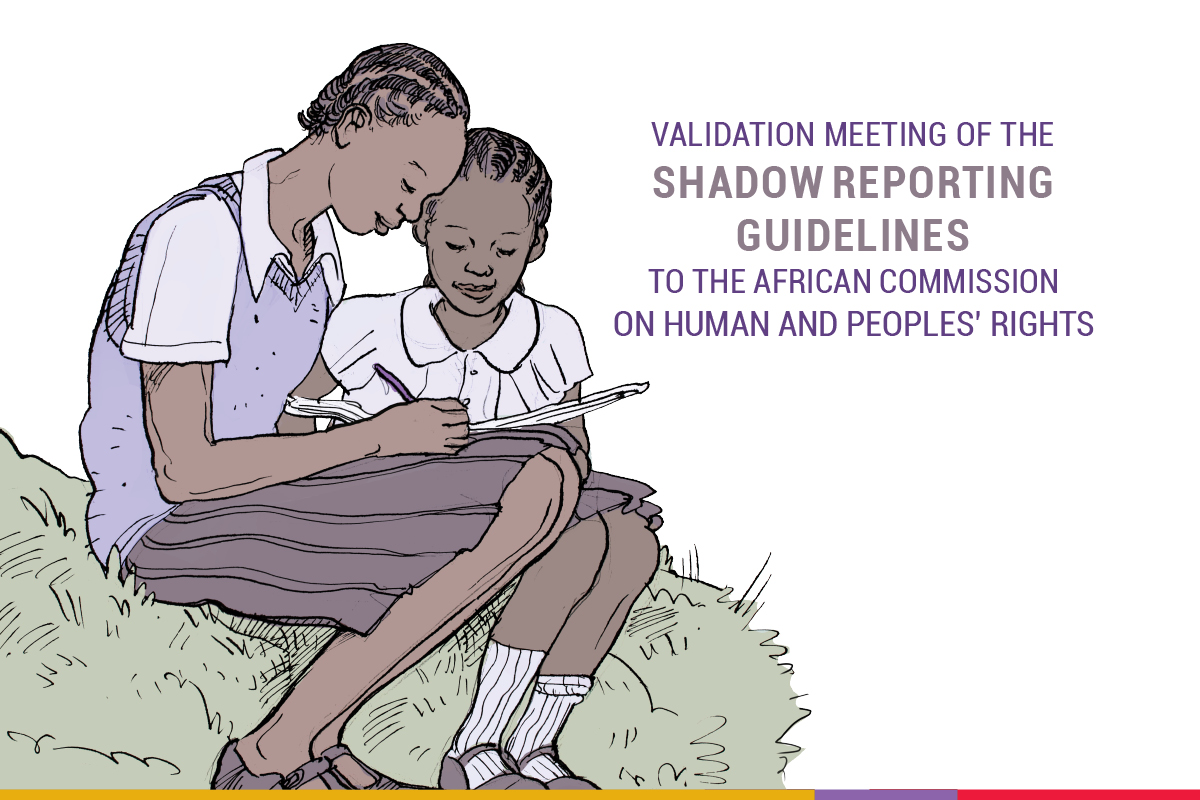 On 1 October 2020, the Women’s Rights Unit at the Centre for Human Rights, Faculty of Law, University for Pretoria, in partnership with International Commission of Jurists (Kenya) and Equality Now, conducted a webinar to garner the views of civil society organisations on the draft Shadow Reporting Guidelines they have developed.

The African Commission for Human and Peoples’ Rights has been meticulous in providing guidelines for state parties to adequately draft reports on the human rights situation in their countries. However, the process is incomplete without the contribution of non-state actors to the state reporting mechanism, whose contribution assists in constructive engagement with member states. There is thus a gap in standardised guidelines for the submission of these contributions by non-state actors. The African Commission has now passed Resolution 436 to pave way for the development of these guidelines. To this end, the Centre and its partners have been engaged in a process of developing draft guidelines to be presented to the Commission for possible adoption.

The validation meeting began with welcome and introductory remarks by Prof Frans Viljoen (Director, Centre for Human Rights) and Judy Gitau (Africa Regional Coordinator, Equality Now) respectively. Patience Mungwari and Dr Satang Nabaneh (both from the Centre) gave presentations on existing reporting mechanisms for both state and non-state actors as well as the contents and rationale for the draft shadow reporting guidelines respectively. In particular, Dr Nabaneh discussed the need to standardise approaches in the compilation and presentation of pertinent data by non-state actors before the African Commission.

The validation meeting also incorporated the engagement of participants from across the continent, about 60 in total, who participated in breakaway discussion sessions during the exercise. A key outcome of these deliberations was the need to continue clarifying the language in the draft guidelines to achieve a higher level of precision, especially in defining and clarifying obligations on the part of the African Commission as well as defining key terms and provisions in the guidelines themselves. These suggestions tracked closely with feedback received from a survey on the shadow reporting guidelines that had been circulating weeks before the validation meeting.

In closing, Elsy Sainna (ICJ Kenya Chapter) highlighted the long journey towards the drafting and adoption of shadow reporting guidelines and that the current draft, nearing its final stages, was a testament between the continued close cooperation between civil society and the African Commission. It is hoped that the draft guidelines, after further revisions based on the outcome of the CSO survey and validation meeting, will be adopted by the Commission during its upcoming ordinary or extraordinary sessions.