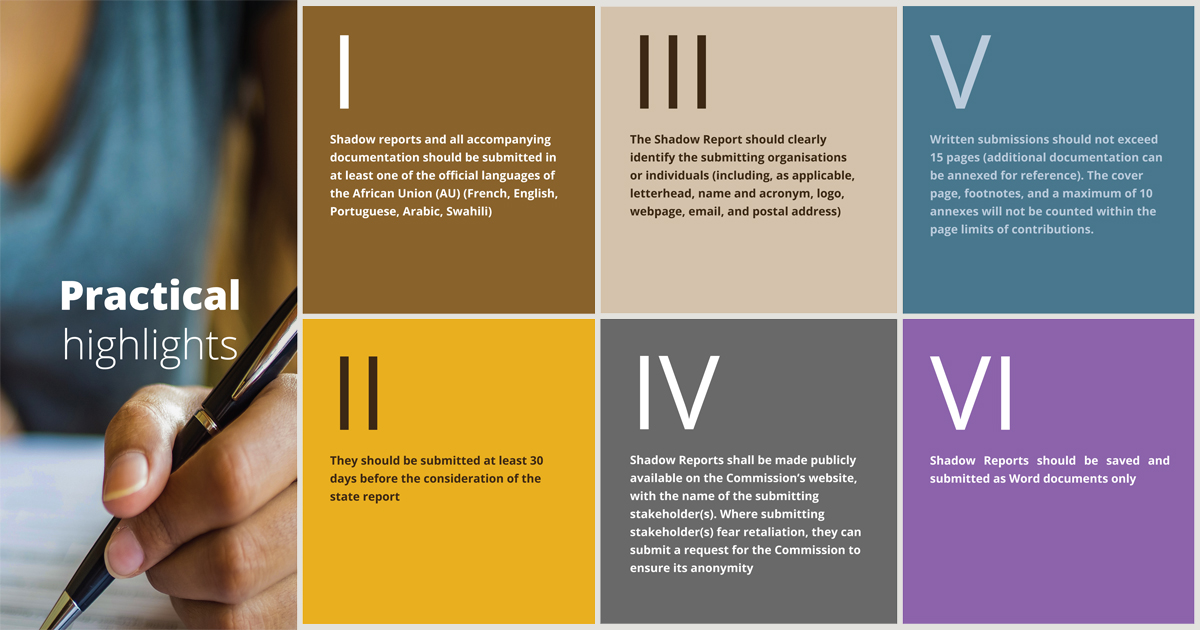 The Guidelines on Shadow reports were adopted by the African Commission during its 72nd Ordinary Session held from 19 July to 2 August 2022. They aim to guide interested parties in the way they should structure their shadow reports for ease of use by the African Commission. The guidelines are for relevant stakeholders, including NHRIs, NGOs with Observer Status, institutions and any other interested party submitting Shadow Reports.