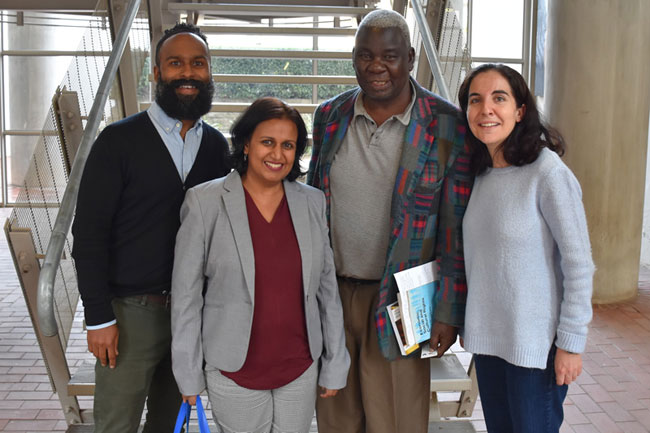 In September 2010, the United Nations Human Rights Council (UNHRC) passed an historic resolution on the “Rights to Freedom of Peaceful Assembly and of Association,” establishing for the first time a Special Rapporteur on the Rights to Freedom of Peaceful Assembly and of Association. In June 2011, the Organization of American States (OAS) also adopted a resolution on “Promotion of the Rights to Freedom of Assembly and of Association in the Americas.” Furthermore, in 2011, 14 governments—including Australia, Benin, Canada, Chile, the Czech Republic, Denmark, Estonia, Lithuania, the Netherlands, Norway, Poland, Sweden, the United Kingdom, and the United States—pledged financial support for the “Lifeline: Embattled NGO Assistance Fund” to help civil society activists confronting crackdowns by providing emergency and advocacy assistance to enable them to continue their work in difficult circumstances. Despite these international legal frameworks, civil society groups continue to face serious threats across the globe. Activists are victims of repression, imprisonment, harassment, disappearances and execution.  In Africa, many Governments have become increasingly subtle in their efforts to limit the space in which civil society organizations (CSOs) especially democracy and human rights groups, operate. The need to have a proper legal framework that respects fundamental freedoms; creates enabling environment for civil society and promotes fundamental international principles cannot be overemphasized.

The main objective of the course is to promote and protect the right to civil society and peaceful assembly and association in Africa. Archbishop Desmond Tutu in his message on Defending Civil Society states ‘civil society is at the core of human nature. We human beings want to get together with others … and act collectively to make our lives better. And, when we face evils and injustice, we get together and fight for justice and peace. Civil society is the expression of those collective actions. Through strong civil societies, enjoying the freedoms of association and assembly, we encourage and empower one another to shape our societies and address issues of common concern.’ The course is aimed at creating greater awareness and informed policy-making and legislative action on the role of civil societies in Africa. The expected outcome was that by the end of the course, participants would have acquired knowledge on the relevance of civil society in their respective countries, the rights to peaceful assembly and of association, legal barriers to the formation of civil society as well as strategies to overcome challenges faced by civil society groups worldwide.

The course was presented for three days (3-5 July 2017)
Day 1: Professor Michelo Hansgunle commenced the session with his presentation on African civil society in historical and legal context. He highlighted the role and importance of civil society organisations in African. The challenges faced by civil society as well as strategies for overcoming such challenges were noted. In continuation with his discussion, Professor Michelo posed the question: Is civil society African? He underlined the difference between civil society organisations and non-governmental organisations. Professor Michelo shared with participants his experience on the concept of civil society. He explained that civil society is more African than Western; as Africans speak openly within their natural habitat. He underlined that the concept of civil society was present prior to colonialism. Emerson Sykes in his lecture, engaged participants on the meaning and importance of civil society. He highlighted that civil society is good or broadly, anything that is not the state, not for profit and not the family. This he emphasized may include self-help organizations and farmers’ collections. Furthermore, the use of National courts, constitution and demonstrations were identified as strategies to protect civic space on the regional and sub-regional levels. Irene Petras in her lecture noted the role of the SADC tribunal as highly recommendable in this context and encouraged participants to take their SADC cases before the African Court. Other protection mechanisms that can be used by civil societies are: regional networks, national organizations and the legal profession she noted.
Day 2: Participants were engaged on a group exercise on the topic: ‘what would you do? Responding to restrictive laws’ facilitated by Emerson Sykes and Irene Petras. Using the law of the Republic of Pangea on non-governmental organisations as a working tool for the discussion, participants were requested to identify potential issues using the necessary laws set out in the ICCPR. Further, Corlett Letlojane from the Human Rights Institute of South Africa engaged participants on the importance of ensuring a safe space for civil society in South Africa. In her discussion, Corlett posed the question: does the formation or participation in civil society, anti-governmental activities and political activities depict a citizen as an enemy of the state? She highlighted some legal instruments such as the NPO Act and the South African Constitution as driving force behind civil society organisations in South Africa. In her concluding statement, Corlett emphasized the role of civil society as catalyst in every society. In her discussion on the successes and challenges of litigating freedom of association, assembly and expression in Southern Africa; Kaajal noted the complimentary link between freedom of expression and democracy. She emphasized the role of the press in the promotion of freedom of expression and underlined the difference between freedom of expression and hate speech. Finally, Teldah Mawarire from CIVICUS engaged participants on tools and methodologies to measure civic space. Teldah explained that civic space is the space in which citizens are allowed to participate and encompasses freedom of expression, assembly and association. She identified two tools mostly used to measure civic space as the National Assessment tool and CIVICUS monitor.
Day 3: In this session, participants were introduced to the Ten Principles for the Proper Management of Assemblies drafted by the UN Special Rapporteur on Freedom of Assembly; Mr Maina Kiai and Professor Christoph Heynes. This document according to the presenter - Emerson Sykes is a reaction to the Arab Spring, Marikana and other protests occurring globally. The document seeks to establish what the best practices are in terms of how government and police should act in protest situations.
Using the implementation checklist provided in the document, participants were asked to use Uganda as a case study to establish ratings of the principles encapsulated in the document. The presenter explained that the principles are used as a means to determine whether a particular state respects and manages an assembly given the strong international law protection of the right to form peaceful assembly and association.  Irene Petras, in her presentation on practical lessons from a human rights practitioner, shared with participants her experiences as a human rights lawyer working in civil society. According to Irene, linking legal arguments to community awareness of their rights and problems was one of the key drivers to her success in her human rights work in Zimbabwe. The presenter shared her experience of establishing and working in mobile legal clinics and using street law to raise awareness and promote human rights. Irene emphasized the opportunity for lawyers to engage at policy level and advocate for change in national laws. She continued that the existence of civil society law is important because it creates a legal safety net for human rights defenders. In conclusion, John Groake, Mission Director, USAID/South Africa highlighted the role of participants to support civil society from a development partners’ perspective. Groake explained that civil society is a vital component of development work done by USAID. The USAID programme he stated seeks to help governments to build important institutions relating to development and socio economic issues. The institution works with both Governments and NGOs; emphasizing that NGOs with technical expertise and experience are often preferred to deliver services. Groake admitted that aid dependence is a problem in Africa and hopes that through the USAID programme, countries like South Africa will be assisted to reach their development goals.

The course was very timely and relevant especially in light of continuous threats faced by civil society groups worldwide. International Law has advanced and it is important for organisations to facilitate national, regional, and international discussions among civil society partners and governments to develop ideas for reforming legal frameworks so that the space for civil society work in every country is protected.
(Linda Ajemba is an LLD candidate at the Centre for Human Rights. The course is collaboration between the Centre for Human Rights and the International Center for Not-for-Profit Law.)
For more information on the short course, please contact:
Mr Dennis Antwi
Project Manager: Advanced Human Rights Courses
Tel: +27 (0) 12 420 4197
Fax: +27 (0) 86 580 5743
dennis.antwi@up.ac.za
Copyright © 1986 - 2019 Centre for Human Rights
To Top