Press Statement: Centre for Human Rights calls for complete police reform and justice for victims of police brutality in Nigeria 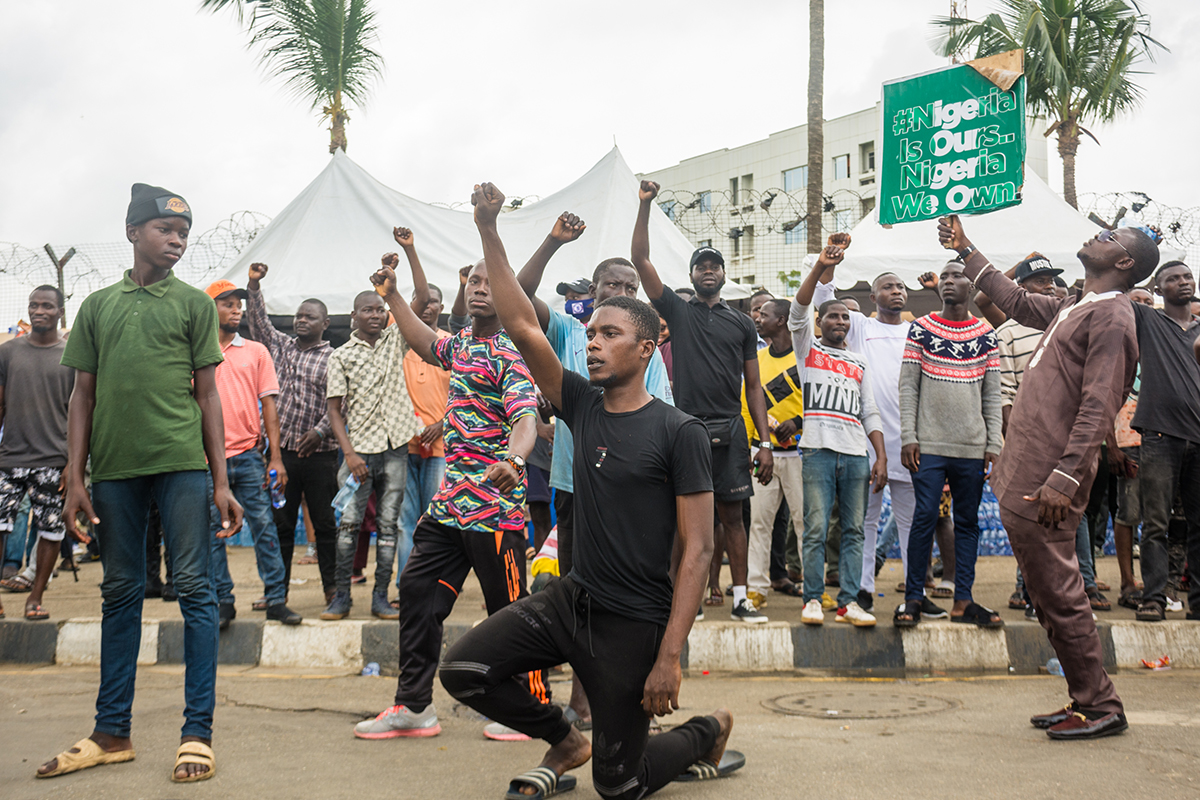 In the past, there have been pronouncements that the Nigerian government would disband the SARS unit and undertake holistic police reform. However, the government institutions responsible for the implementation of these pronouncements have not converted these promises into actual change. Disappointment about the lack of action and a deep distrust of government explain the ongoing protests calling for a lasting reform of the NPF, despite the announcement by the Nigerian authorities that the unit has been disbanded.

It is of serious concern that the Nigerian government and the Police have responded to the ongoing demonstrations through further acts of police brutality that have resulted in the loss of lives of protesters, unlawful detention of protesters and disruption of peaceful protests.

The acts of police brutality are against international human rights treaties that Nigeria has ratified, in particular the International Covenant on Civil and Political Rights and the African Charter on Human and Peoples’ Rights. The above instruments protect the right to life, the right against torture and other cruel, inhuman or degrading treatments, the right to peaceful assembly and mandate that the dignity of every individual is respected.

The African Commission on Human and Peoples’ Rights in General Comment No 3 on the right to life, states that the primary duty of law enforcement officials is to protect the safety of the public. The African Commission enjoins States to take all reasonable precautionary steps to protect life and prevent excessive use of force by its agents, including the provision of appropriate equipment and training as well as, wherever possible, careful planning of individual operations. Additionally, States must adopt a clear legislative framework for the use of force by law-enforcement and other actors that complies with international standards, including the principles of necessity and proportionality.

The Human Rights Committee in its General Comment No 37 on the right of peaceful assembly, sets out the position that states are responsible under international law for the actions and omissions of its law enforcement agencies, to this effect, states have an obligation to investigate effectively, impartially and in a timely manner any allegation or reasonable suspicion of unlawful use of force or other violations by law enforcement officials. Additionally, the United Nations Code of Conduct for Law Enforcement Officials directs that law enforcement officers protect the dignity of all persons and uphold the human rights of all individuals when carrying out their duties.

In the light of the above, the Centre for Human Rights calls on the Nigerian government to: