Press Statement: Centre for Human Rights calls on the government of Mozambique, the African Union and United Nations to take action on the attack against Ericino de Salema 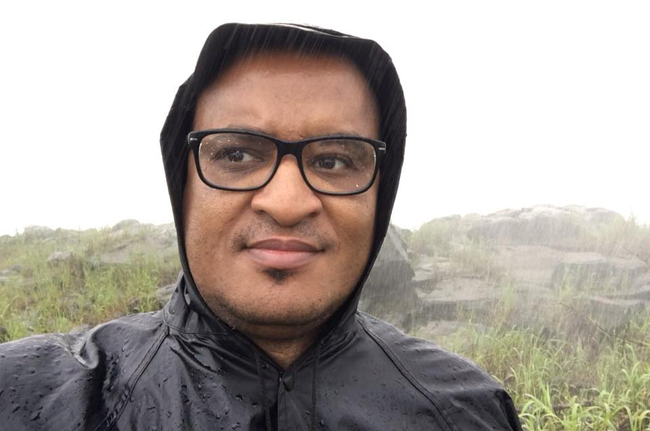 The Centre for Human Rights has learnt with grave concern reports of the attack against Mr Ericino de Salema, a journalist and political commentator in Mozambique. According to reports, Mr de Salema was abducted on Tuesday 27 March 2018 and later found severely beaten and unconscious at a ring road in the Mutanhane area of the Maputo province in Mozambique. It is reported that his legs where repeatedly hit with an iron rod, in an apparent effort to break them. It is believed he remains unconscious and that he sustained multiple fractures to his feet, femur and arms. Mr De Salema’s abduction appears to be connected to his regular feature as a political commentator on Soico Televisão (STV) Sunday Programme ‘Ponto de Vista. In recent times, Mr de Salema has expressed views on a wide variety of politically sensitive issues.

This attack is reminiscent of previous extra-judicial killings and attacks against journalists, academics, opposition politicians and other political commentators who have expressed their views on controversial issues in Mozambique. These include the murder of Prof Gilles Cistac and of Paulo Machava in March and August 2015 respectively, and the shooting of Manuel Bissopo in January 2016. In May 2016, academic and political commentator, Jose Jaime Macunane, was also abducted and his legs shot at four times. In all of these cases, ensuing investigations have yielded no results and no perpetrators have been brought to justice and punished.

The government of Mozambique is under an obligation to ‘take effective measures to prevent’ attacks on media practitioners and ‘when they do occur, to investigate them, punish perpetrators and to ensure that victims have access to effective remedies’ (Declaration, principle 11(2)). Multiple resolutions of United Nations bodies such as the General Assembly, Human Rights Council, Security Council and the United Nations Educational, Scientific and Cultural Organisation (UNESCO) have also called on State Parties to UN human rights treaties, including the ICCPR, to prevent violence against journalists and media workers, ensure accountability through the conduct of impartial, speedy and effective investigations into alleged violence and to bring the perpetrators of such crimes to justice and ensure that victims have access to appropriate remedies.

In light of the above, the Centre for Human Rights makes the following call:

The Government of Mozambique should in line with its obligations under the African Charter and the ICCPR, investigate, prosecute and punish perpetrators and ensure effective remedies for Mr de Salema and other victims of attacks and extra-judicial killings in Mozambique.

The African Commission on Human and Peoples’ Rights Special Rapporteur on Freedom of Expression and Access to Information should issue an urgent letter of appeal, urging the Government of Mozambique to investigate, prosecute and punish perpetrators and ensure effective remedies for Mr de Salema and other victims in line with its obligations under articles 7 and 9 of the African Charter.

The UN Special Rapporteur on Freedom of Opinion and Expression to urge the Government of Mozambique should investigate, prosecute and punish perpetrators and ensure effective remedies for Mr de Salema and other victims in line with its obligations under articles 3 and 19 of the ICCPR.