Press Statement: Centre for Human Rights calls for independent investigation of sustained allegations of crimes against humanity in Cameroon 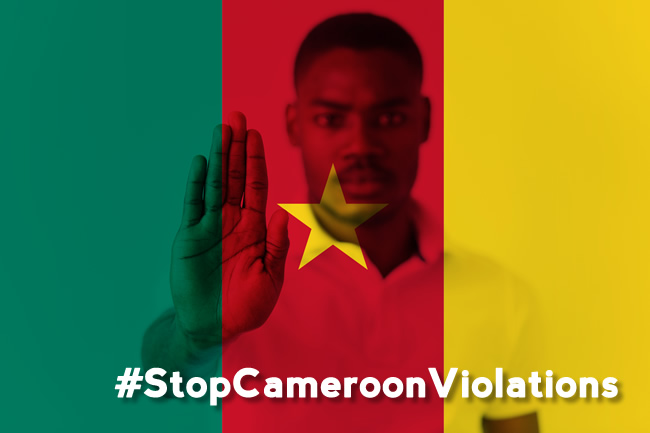 The Centre for Human Rights, Faculty of Law, University of Pretoria, is extremely concerned about the continuing human rights violations in the North-West and South-West regions of Cameroon, and the lack of international alarm and action about the situation. Available evidence strongly suggests that crimes against humanity have been and are being committed in the English-speaking regions of Cameroon.

Following non-violent actions in the English-speaking regions of Cameroon against the government’s policy of assimilation and discrimination towards that community, the Cameroonian government in October 2016 started brutal crackdowns on peaceful protesters. Since then, the region has witnessed excessive use of force, extrajudicial killings, enforced disappearance, arbitrary detention under deplorable conditions, and restrictions on speech and movement. These violations have led to the displacement of a significant number of Cameroonians to Nigeria and thousands of internally displaced persons.

Reliable information is difficult to come by due to severe restrictions on freedom of expression and access to information. However, multiple reports reaching us suggest that government forces are engaged in widespread and systematic violations against the population of the English-speaking regions, including through killing of unarmed civilians.

There is therefore an urgent need for an independent international investigation to be established under the auspices of the African Union or the United Nations, to investigate these allegations, and for appropriate action to be taken.

So far, the government of Cameroon has refused repeated requests to allow the African Commission on Human and Peoples’ Rights, or United Nations and other bodies to carry out an investigation.

We urge the South African government to mount pressure on the government of Cameroon to immediately halt acts that cause violations, and enter into dialogue with the recognised leaders of the people in the English-speaking regions.  We further urge the South African government to raise the issue of violence and its underlying causes in Cameroon within the United Nations, and the African Union, and work with other African states towards engaging the government on this issue with a view to a constructive dialogue between the parties involved.

We call on the government of Cameroon to immediately and unconditionally withdraw the army from the two regions, release all the people detained or imprisoned, allow the African Commission to undertake its intended mission to the country and the affected regions specifically, engage in serious talks with the recognised leaders of the English-speaking people, and respect all its commitment under the different human rights instruments that it has ratified.

We also call on the international community as a whole and the local and international media to be alert to this growing evidence of crimes against humanity against the people in the English-speaking regions of Cameroon and to publicise, speak out and inform the world about the atrocities being committed in Cameroon.

The Centre has submitted a complaint under the UN Human Rights Council procedure alleging consistent patterns of gross and reliably attested human rights violations in Cameroon, and has drawn the attention of four UN special procedures (the UN Special Rapporteurs on Extrajudicial, summary or arbitrary executions, on Torture and on Minority Issues; and the UN Working Group on Arbitrary Detention) to the situation in Cameroon.

Two opportunities for engagement on the Cameroonian issue present themselves in the near future: The upcoming African Union Summit of 27 June to 4 July 2018; and the upcoming regular Human Rights Council, starting on 18 June 2018.

Action is required now. There will be no excuse later that we did not know now.