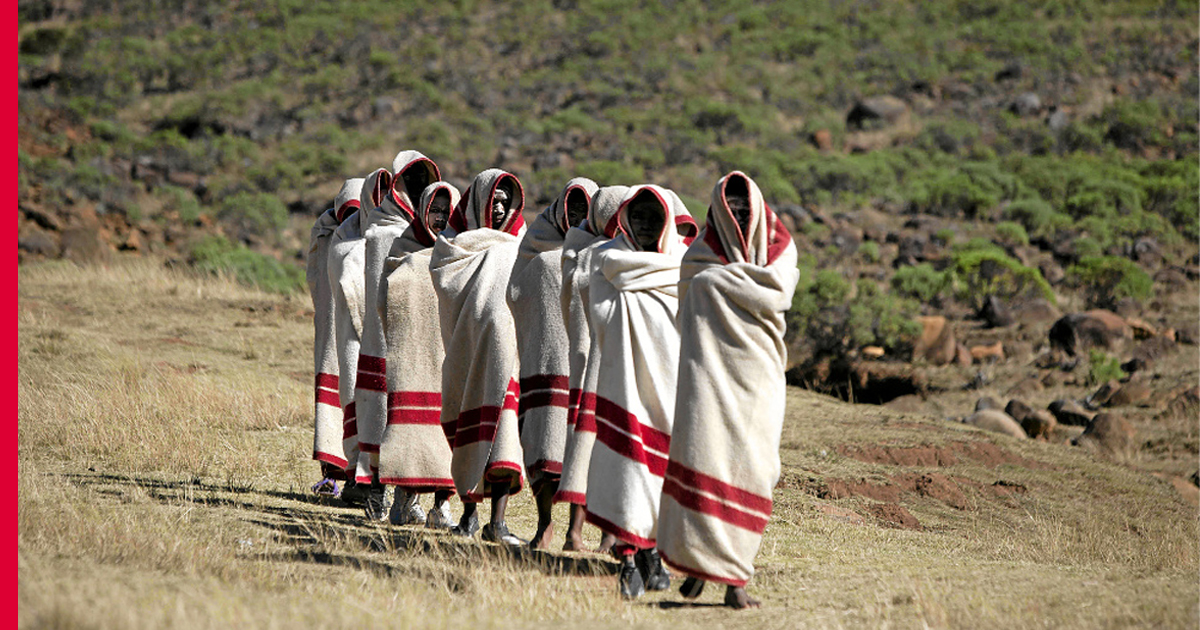 The Centre for Human Rights, Faculty of Law, University of Pretoria (Centre), is concerned about the recent series of deaths and other harm arising from initiation rites in South Africa. It calls for this matter to be treated with urgency, and that the Eastern Cape Provincial government immediately embark on an in-depth study into these deaths, with a view to identifying and adapting concrete recommendations that will ensure that, more deaths do not occur in the next initiation season.

The Eastern Cape Premier has confirmed that 23 people have died in the Eastern Cape in the 2021 summer initiation season that started on 12 November and will end on 12 January 2022. It is estimated that 858 boys died while attending initiation schools in the last 15 years (Dispatch Live, 18 December 2021.) Many more have been admitted to the hospital with serious injuries. These incidents constitute a deprivation of the right to life, health, bodily security, and dignity guaranteed under the Constitution of the Republic of South Africa, 1996.

While we appreciate the importance of cultural values and their relevance to a person’s identity, we also note that all practices arising from those values must comply with the Constitution, as well as international human rights law. Under the Constitution, the state has obligations to protect the initiates’ right to health, dignity, privacy, and security of the person. The state – whether at the national or provincial level – also has the duty to ensure that laws are implemented and given effect. By enacting the Eastern Cape Customary Initiation Practice Act (CIPA) in 2016, the state protects the constitutionally guaranteed rights of the initiates without interfering with the right of Xhosa people to practice traditional circumcision.

The CIPA regulates the way circumcision is to be performed and stipulates the requirements to be followed before, during and after the process. Therefore, owners and managers of initiation schools cannot use their privilege of enforcing traditional circumcision to cover up violations of other rights guaranteed in the Bill of Rights. In fact, the aim of the CIPA is to ‘ensure that it is practised within the confines of the Constitution and any other laws’ (section 2). To this end, the Act sets up an intricate and manifold structure of oversight consisting of a Provincial Initiation Coordinating Committee, a Provincial Technical Task Team, district initiation forums, local initiation forums, and initiation working committees. It is however not clear to which extent these institutions are functioning effectively. In addition to ‘ordinary’ crimes, such as murder, which obviously apply under these circumstances, the CIPA provides for specific crimes, such as denial to an initiate’s ‘access to clean drinking water or food to the extent that such refusal results in the dehydration or starvation of such initiate’ (section 27).

Initiates have a right to the highest attainable standards of health while at initiation schools. They should not be subjected to surgical procedures that jeopardise their health, dignity, and bodily security. At all times their consent should be obtained, and the practice of abductions should be stopped. Traditional circumcisions should not be forcibly performed as this takes away the right of initiates to choose whether their bodily integrity should be interfered with. The laws adopted by the state should serve as an effective regulatory framework to prevent the negative impacts of third parties on the initiates’ right to health care. While at the initiation schools, initiates have a right to be treated with dignity and should not be subjected to any inhumane or cruel treatment, including torture.

The right to life should be respected and initiation schools must show respect for human life and dignity by ensuring that no one is arbitrarily deprived of their right to life. The deaths are likely to have occurred at illegal initiation schools being run by inexperienced and negligent traditional surgeons and nurses and permitted by corrupt traditional leaders. The state has obligations to protect the initiates from any form of physical violence or bodily harm or loss of life inflicted by known individuals, groups, or traditional institutions. According to the CIPA, anyone who runs an illegal initiation school faces prosecution and if initiates get injured or die after circumcision, the people responsible can be charged with attempted murder or murder.

Cultural practices are key to maintaining identity and defining identity - including masculinity - in any context. While a general sense of how to be a man creates stereotypical moulds that men are pushed to fit into, circumcision as a cultural practice requires the ability to endure physical pain as confirmation of attaining the status of manhood. ‘Manhood’ initiation rites are based on gender norms and values that offer a heteronormative worldview of what masculinity entails, particularly the ability to endure pain and torture. Patriarchy is not only oppressive to women in our societies but also to men. Patriarchal rules do not allow for masculine failure. Failure can be met with embarrassment and ridicule among peers and in society in general. It makes sense then that young men, sometimes boys, and families in our communities are willing to risk lives by enrolling in illegal initiation schools. The “manhood” status is conferred on initiates regardless of failures by the individual to conform to any other stereotypical masculine patterns traditionally or culturally constructed.

Many of the areas where the deaths occur are low-income and offer limited opportunities to escape these harsh economic realities. It would not be a stretch of the imagination to suggest that the pressure to gain an indisputable mark of manhood is to ensure access to the respect, authority, social power, and privileges reserved for men. Circumcision offers access to this social recognition in an economic setting that offers limited opportunities for young men to succeed in alleviating their poverty sufficiently to be the financial provider expected of a man. The desperation to undertake the traditional rite of passage at all costs is fuelled by a sense that cultural recognition reduces any stigma of economic vulnerability. This sentiment may similarly be harboured by family members who enrol their sons in illegal initiation schools.

Under the CIPA, the Eastern Cape Members of the Executive Council (MECs) responsible for Cooperative Governance and Traditional Affairs and for Health have a role to play. The MEC for Cooperative Governance and Traditional Affairs ‘must ensure compliance with the provisions of the Act (section 14), and the MEC for Health must ‘keep records and statistics pertaining to circumcision’, report thereon, and ‘ensure that health standards in the male initiation school are applied and observed’ (section 15).

The Centre calls on these two MECs to, without delay, embark on an in-depth study of the immediate and underlying causes of these deaths and injuries, and to identify recommendations to ensure that a recurrence of such deaths and injuries would not characterise the next initiation season. This study should also report on the effectiveness of the various institutions under the Act. In undertaking this study, the government should fully involve traditional leaders, initiation schools and practitioners.

The Eastern Cape government must spearhead action to ensure that any criminal wrongdoing is investigated and that those responsible are prosecuted and punished.

Acknowledging that the potential harm related to customary initiation practices is not limited to any one province, Parliament earlier this year adopted the Customary Initiation Act, 2 of 2021. This Act provides for a National Initiation Oversight Committee, and for the effective regulation of initiation schools. It was assented to by the President on 1 June 2021. However, the Act only enters into force ’on a date determined by the President by proclamation in the Gazette’ (sec 42).  This date has not yet been proclaimed.

The Centre urges that the Customary Initiation Act become effective and that concerted steps be taken to ensure its meaningful implementation. 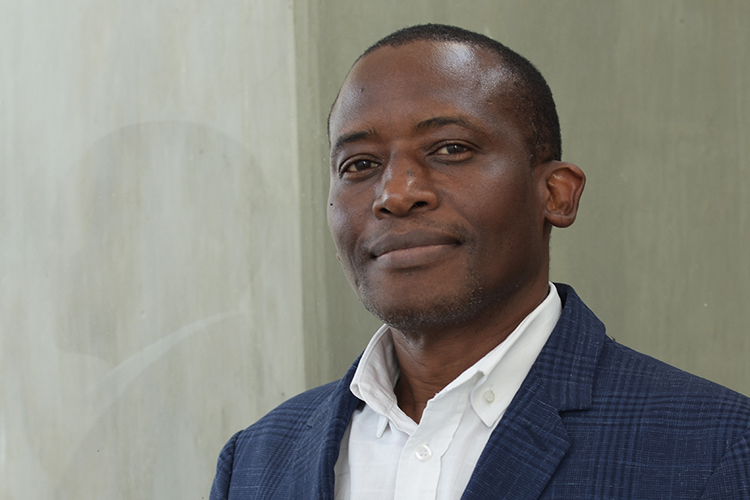 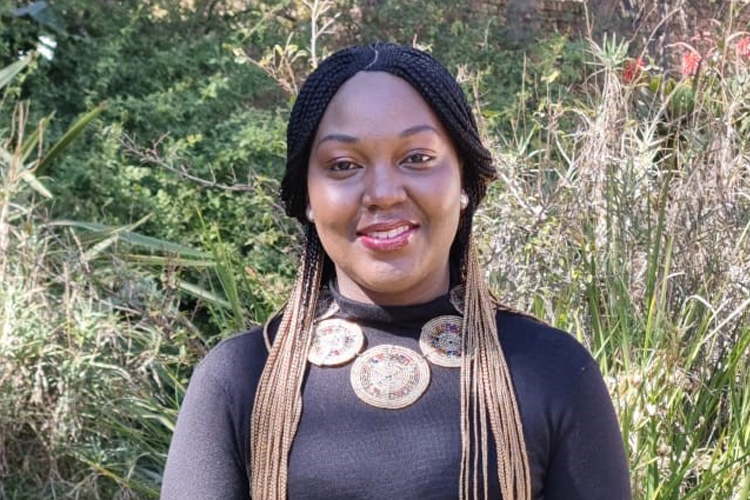