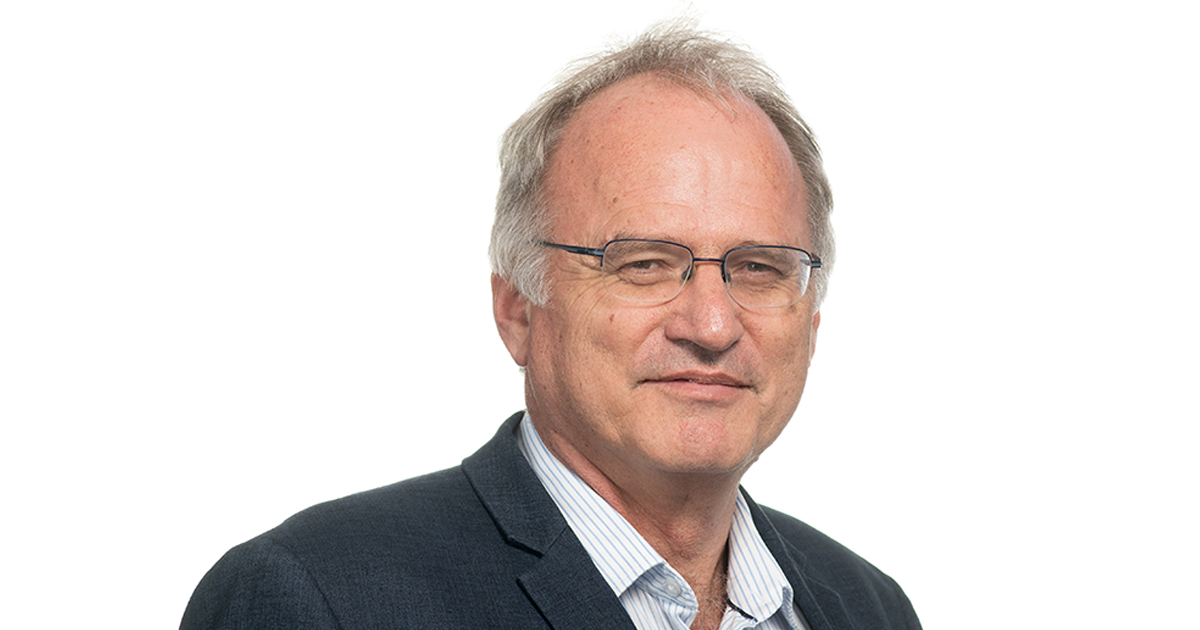 The Centre for Human Rights, Faculty of Law, University of Pretoria (UP), is deeply saddened by the sudden passing of its previous Director, Professor Christof Heyns.  His death is an incredible loss, and he will be truly missed by us and so many others across the world.

Christof was so many things to so many people.

To us at the Centre, he was a founding father, a trail-blazer, and a constant source of inspiration and encouragement.

He was our dynamic initiator-in-chief.  He played a pioneering role in positioning the Centre as a pan-African centre of excellence.  Constantly brimming with new ideas and grand schemes, plans and projects, he propelled the Centre into new directions and challenged it to explore different dimensions.  To Christof, if something could be conceived, it could be achieved. Among these initiatives are landmark events that will be there for many years to come, including the African Human Rights Moot Court Competition, which in 2021 celebrates 30 years; the Nelson Mandela World Human Rights Moot Court Competition; and the National Schools Moot Competition (which was later extended to countries beyond South Africa, under the aegis of the Global Campus of Human Rights).

His passing is too soon, and too sudden.  It is such a loss. He still had so much to offer. But what a legacy this giant leaves.

Christof was the Director of the Centre for Human Rights from 1999 to 2006.  He was Dean of the Faculty of Law at UP from 2007 to 2010.  After stepping down as Dean, he become the founding Co-Director of the Institute for International and Comparative Law in Africa (ICLA) at UP.  He was United Nations Special Rapporteur on extrajudicial, summary or arbitrary executions from 2010 to 2016; and was a member of the UN Human Rights Committee from 2017 to 2020.

In each of these positions, he made significant and original and long-lasting contributions.

As Director of the Centre, he left his fingerprint on the heart and soul of the Centre.  The Centre logo – Africa as a butterfly – was his brainchild, based on the notion that a minor or seemingly insignificant change or action can have momentous or consequential outcomes or consequences. He captured our essence in the phrase “excellence with Ubuntu”.  It was Christof who took the initiative towards establishing the Master’s in Human Rights and Democratisation in Africa programme, which is part of the Global Campus of Human Rights.

As Dean of the Faculty, he insisted on a greater focus on post-graduate studies, and in particular doctoral studies at the Faculty. He secured funding for full-time doctoral students, and made the Faculty a magnet for talented prospective students from across the African continent.

As Special Rapporteur, he drew attention to cutting-edge issues such as the use of force by private security providers in the law enforcement contexts; the use of drones and autonomous weapons in armed conflict or counter-terrorism operations; and the role of forensic science in protecting the right to life. During 2016, he chaired the UN Independent Investigation on Burundi.

As member of the Human Rights Committee, he was pivotal in the drafting of General Comment 37, the right of peaceful assembly (article 21 of the International Covenant on Civil and Political Rights).

As an academic, he was recognised internationally as a leading expert in the field of international human rights law, including right to life issues and regional human rights mechanisms. He has published widely on these matters. His experience as Special Rapporteur drew him to explore an area surprisingly neglected by legal academics – the ‘right to life’ and ‘freedom from violence’.  He published widely around these themes. He also was a member of the Working Group on Death Penalty, Extra-Judicial, Summary or Arbitrary Killings and Enforced Disappearances in Africa of the African Commission on Human and Peoples’ Rights. He has been leading discussions at the level of the Commission on how to curb the excessive use of police force in Africa.

Over many years and to generations of students, Christof was an inspiring teacher and mentor. He supervised a number of doctoral candidates who are in their own right contributing as South African legal academics: Bernard Bekink, Henk Botha, Willem Gravett, Magnus Killander, Wessel Le Roux, Frans Viljoen. Other supervisees of Christof include Thompson Chengeta, Waruguru Kaguongo and Zambian Judge Mumba Malila.

His academic interest was varied, and included expounding on the ‘struggle theory’ of human rights, and exploring the life and times of Jan Smuts. One of his abiding passions was to better track and understand the actual effect of international human rights on the real lives of people. This concern led him to devise a far-reaching study of the effect of the core United Nations human rights treaties in twenty UN member states, which culminated in the publication Heyns and Viljoen The impact of the United Nations human rights treaties at the domestic level (2002). This work has been described as ‘seminal’. Christof has energised a follow-up study, which tracks the changes in impact over the subsequent 20 years. During his sabbatical in Stellenbosch, he was preparing the results of this study, involving twenty country-based researchers or teams, for publication.

Christof was also a great editor and collector of materials, with a view to make inaccessible documents available to a broader public. At a time when the African regional human rights system was largely unknown, he collected and published a number of volumes of texts and commentaries. In this way, he breathed life into an almost non-existent field of academic study. The collection Heyns and Killander (eds) Compendium of key human rights documents of the African Union (PULP, various editions) has served – and will still serve – as a source of reference to generations of students of African human rights law.

It was also his passion to see others publish, and was involved in the founding of two such endeavours. First, he was the (co)founding editor of the African Human Rights Law Journal, which has been published since 2001. Second, together with Faculty colleagues, he forged the Pretoria University Law Press (PULP) into being.  PULP just published a landmark publication edited by him and Professor Philip Alston, Sarah Knuckey, and Thomas Probert, Alston and Heyns on Unlawful Killings: A Compendium of the Jurisprudence of the United Nations Special Rapporteurs on extrajudicial, summary or arbitrary executions from 2004-2016.

Christof Heyns was an internationalist. He found great pleasure in regularly teaching at the University of Oxford and at the American University in Washington, D.C. He has been a Humboldt Fellow at Heidelberg University, a Fulbright Scholar at Yale Law School and a Fulbright Fellow at Harvard Law School.

There were so many dimensions to Christof, each of which he inhabited so fully and so completely. Whether it was rowing, being a father, a family man, a grandfather, playing the guitar, appreciating a good book or a piece of music, or working for human rights. He was a good and deeply moral man, integrity personified, warm-hearted, had a quirky sense of humour, and was ready with a witticism for every occasion. His enthusiasm was boundless and infectious, leaving no one untouched whose life intersected with his. He was immeasurably wise.

Our heart-felt condolences and wishes of comfort and strength go to his wife Fearika, his children Willemien, Adam, and Renée, his mother, other family, and all his friends and colleagues who had the privilege of walking some part of his path with him.

May his spirit soar. We all honour, appreciate and have been touched by his consequential life.

The Centre for Human Rights created a memorial page on Facebook in memory of Prof Christof Heyns. We invite anyone and everyone to share how Christof has impacted their lives.