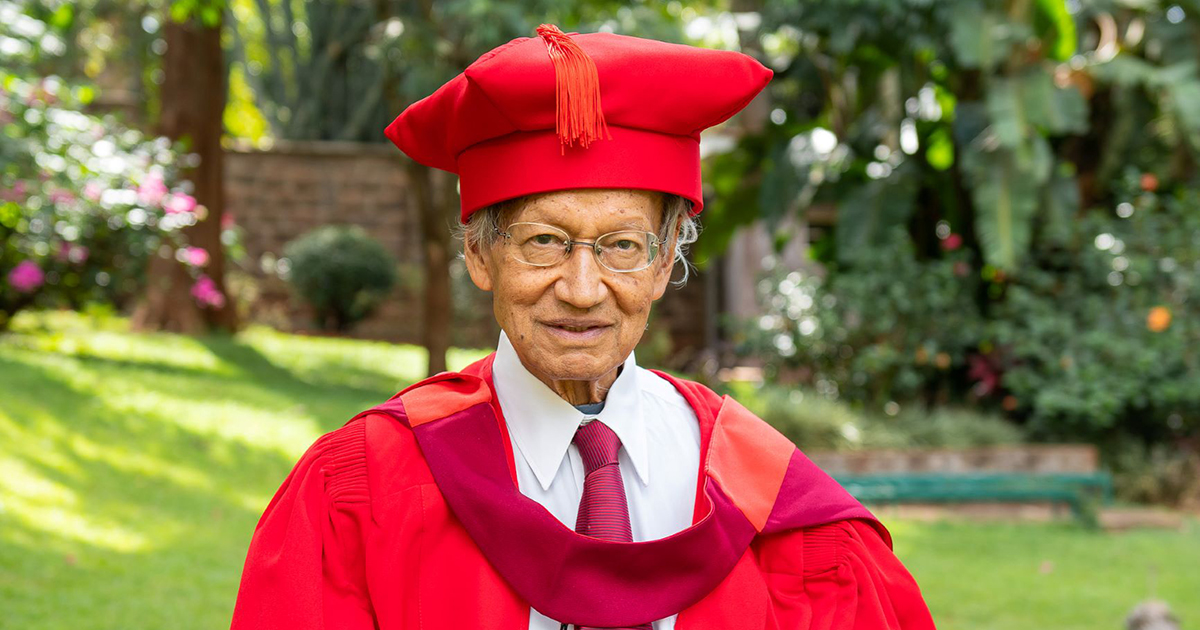 Professor Yash Ghai, a Kenyan academic and constitutional lawyer, on 15 April 2021 was awarded an honorary degree by the Faculty of Law, University of Pretoria

Prof Ghai’s long and illustrious career covers academia, civic engagement, independent commissions, and international diplomacy. He has made immense contributions to the development of constitutions and constitutional law in Africa. Prof Ghai’s leadership role in the Kenya Constitution development process remains one of his most notable contributions to constitution building in Africa. His defense of the ideals of democracy, constitutionalism and the rule of law has sometimes been at the risk of his own life and freedom, as demonstrated in the threats on his life and exile from Kenya on account of standing up in defense of a credible and democratic constitution making process. In 2011, he co-founded the Katiba Institute in Nairobi, a non-governmental organization whose mission is to facilitate the implementation of the Constitution on Kenya.