Press Statement: Centre for Human Rights and PAP CSO Forum call on PAP to get back to the business of working to advance the plight of Africa’s people 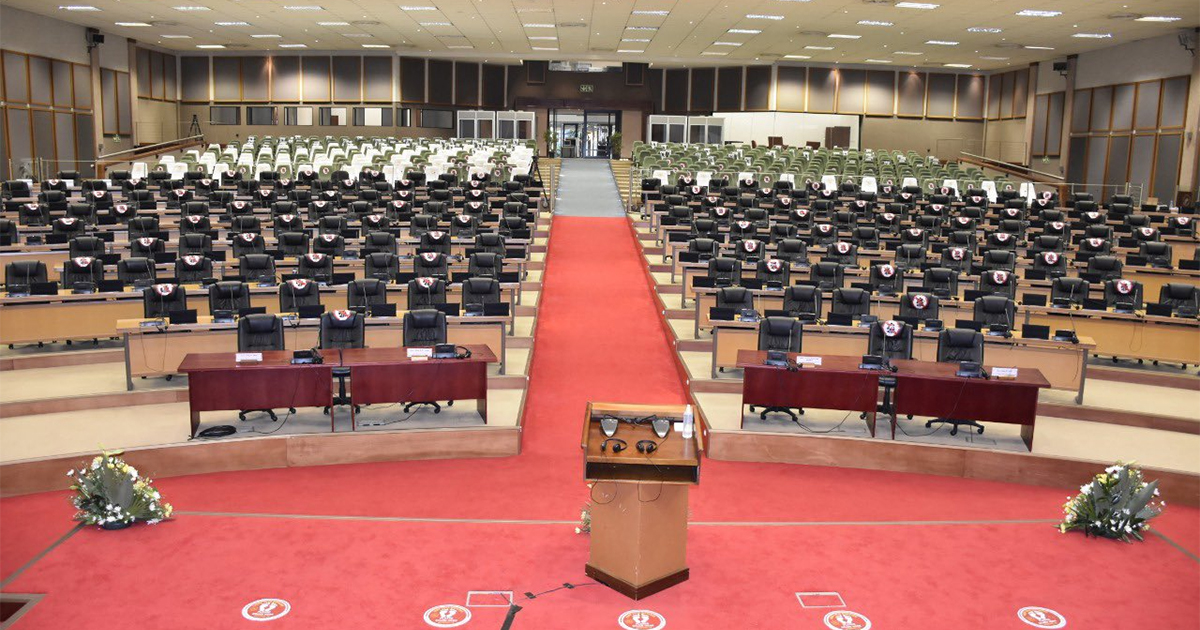 The Centre for Human Rights, Faculty of Law, University of Pretoria, and the Pan-African Parliament Civil Society Forum (PAP CSO Forum) are deeply concerned about the recent events that have occurred during the Fourth Ordinary Session of the Fifth Pan-African Parliament currently underway in Midrand, South Africa.

The Pan-African Parliament (PAP) is the chief legislative organ of the African Union that is expected to carry itself as the ideal Parliament of the continent, espousing values of integrity, respect for democratic processes and African unity. The events that have occurred are a stark contrast to what we expect from a body of this stature on the continent.

We have witnessed with great concern two incidents of violent outbursts that have occurred in the Parliament. The first occurred on Thursday 27 May involving an altercation between Members of the Pan-African Parliament (MPAPs) from the South African and Malian delegations, which ended with threats of violence directed at a member of the Malian delegation. We also note the incident that took place on 31 May, resulting in an incident of gender-based violence in which a female MPAP from the South African delegation was kicked while trying to quell a scuffle between two other MPAPs. We echo the sentiments expressed by Ms Corlett Letlojane, PAP CSO Steering Committee Chairperson: ‘The violent chaos at PAP is not only shameful, but blatant breach of their duty to respect the AU Member States human rights obligations protecting women against all acts of violence, including building solidarity, unity, peace and security for the peoples of Africa. We are calling the AU to take concrete actions to hold these responsible for the shameful chaos and violence accountable, ensuring such unbecoming behaviour does not occur again in this highly esteemed organ.’

Mr Sammy Obeng, Execute Director of the Parliamentary Network Africa stated ‘parliaments are platforms for debates, where all misunderstandings are expected to be resolved through constructive dialogue and not through such despicable acts. It is very unfortunate that the continental parliamentary body was brought to such a low point at a time when parliamentary monitoring organisations from across the continent, together with members of the press, are being engaged by the Secretariat of PAP to give visibility to the institution and the need to have its Protocol ratified. The PAP must purge itself of such embarrassment with urgency and work at averting the occurrence of same in the future.’

We condemn in the strongest terms these acts and threats of violence. At the core of it, the PAP is a representative body for all Africans and the manner in which the MPAPs conduct themselves. Even if they disagree with each other, MPAPs should still embody principles of African unity and exemplify respect for human dignity for each other.

The Parliament is set to elect a new Bureau (consisting of a President and four Vice-Presidents). The main issue of contention, which has resulted in the violent outbursts in the Parliament, concerns the internal electoral processes of the PAP – and more particularly, regional rotation. For the PAP, this principle entails that the President is from one of the five AU regions (North, West, Central, East and Southern Africa), and that the four Vice-Presidents are from each of the remaining AU regions

There are concerns over the electoral process not being in line with this principle, as set out by the AU, more generally, in article 15 of the Rules of Procedure of the Assembly and the Executive Council, Statutes of the Commission and Rules of Procedure of The Permanent Representatives’ Committee.

So far, there had been five Parliaments, each with a duration of three years.  The following Presidents were elected: Gertrude Mongella of Tanzania (2004-2009), Idriss Ndele Moussa of Chad (2009-2012), Bethel Nnaemeka Amadi of Nigeria (2012-2015) and Roger Nkodo Dang of Cameroon (2015-2018 and 2018-2021). The position of the Presidency for the Fifth PAP is contested by three candidates, from Mali (from the West region), South Sudan (from the East), and Zimbabwe (from the Southern Region).

It should be noted that in 2018, the AU Executive, in Doc. EX.CL/1092(XXXIII), called on 'to comply with the principle of geographical rotation among the five regions of Africa in future elections of the Bureau'. The Legal Directorate of the PAP has recently given an opinion that the PAP should follow the rules of the AU and conduct elections in a rotational manner, as continuing with elections that fall out of the regulatory framework of the AU will be illegal. Continuing to question, or rejecting the principle of rotational elections as stipulated by the AU and as mandated by the Legal Directorate of the PAP, casts the leadership of the PAP and the processes of the organisation into a legitimacy crisis.

The challenges we see occurring in the PAP mirror those we regularly see in electoral processes on the continent where there is lack of fairness, representation, transparency, and credibility. As an organ that aims to become the chief legislative organ on the continent, we expect the PAP to carry out their affairs in a manner that respects and upholds democracy, the rule of law, inclusivity, and constructive engagement to resolve the issues of the continent amicably.

The attention drawn to the PAP around its internal functioning accentuates its failings to be a forum for democratic deliberation that has an impact on the lives of Africa’s people. “It is deeply regretful that we hear about the PAP, which has been established to give voice to Africa's people, mostly when there are unbecoming internal struggles. We want to hear the PAP's voice more clearly and consistently – on matters that matter to us as Africans", said Professor Frans Viljoen, Director of the Centre for Human Rights.

It is also regretful to note the failure of a majority of the member states of the PAP to ratify the Protocol to the Constitutive Act of the African Union relating to the Pan-African Parliament (Malabo Protocol). So far, only 12 out of the required 28 states have become party to the Malabo Protocol. The Malabo Protocol was adopted to amend the current Protocol relating to the PAP and is expected to enable the Parliament to extend its functions and allow MPAPS to be elected directly by African voters. It is such unwillingness to adopt reforms that increase representation and participation that poses a threat to the role of the PAP on the continent and continues to challenge the legitimacy of the institution.

Against this background the Centre for Human Rights and the Pan-African Parliament Civil Society Forum recommend as follows:

The aim of the Pan-African Parliament Civil Society Forum is to foster closer collaboration between and among CSOs on PAP related issues on the one hand, and between CSOs and the PAP on the other, with a view to advancing and promoting the mandate of the continental Parliament. The next PAP CSO Forum will be held on 9 June 2021.