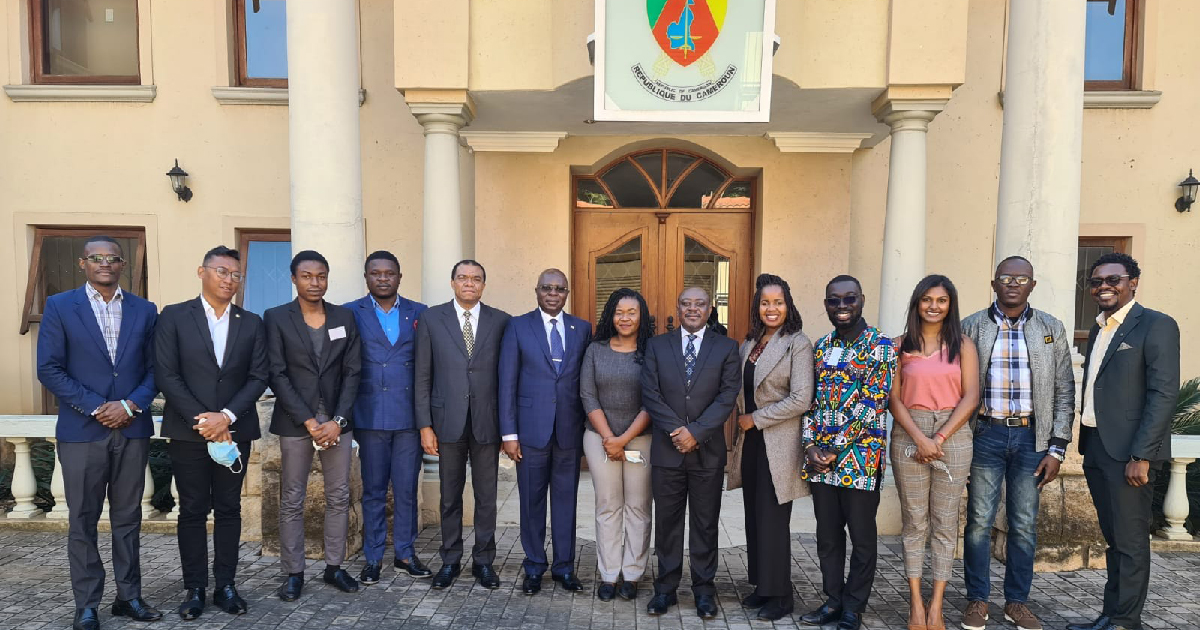 On Friday 28 May 2021, a delegation of students on the Human Rights and Democratisation in Africa (HRDA) Programme at the Centre for Human Rights, Faculty of Law, University of Pretoria, met with the Cameroonian High Commissioner to South Africa, HE Mr Anu’a-Gheyle Solomon. This meeting was held under the auspices of a three-week campaign dubbed #StopCameroonViolations. The HRDA students relaunched this campaign on 22 May 2021 in response to the escalating conflict in Cameroon which started as a conflict over cultural rights and identity in the English-speaking regions.

The crisis particularly assumed tragic dimensions following the declaration of independence of a new state of ‘Ambazonia’ in October 2017, with reports of blatant disregard for international human rights and humanitarian principles by both state and non-state actors. The #StopCameroonViolations campaign thus seeks to buttress past and ongoing responses to this crisis at the regional and international levels.

In their presentation to the High Commissioner, the HRDA delegation noted their concerns and called on the Cameroonian government to take meaningful steps to end the Anglophone crisis. The concerns raised included:

In his remarks, HE Mr Anu’a-Gheyle Solomon, who was accompanied by his Minister Counsellor and Cultural Counsellor, welcomed the expressed concerns and accepted the petition presented by the HRDA students. The petition made recommendations for the government to do the following:

Later in the day, the students held a ‘Solidarity Vigil’ at their Future Africa residence in commemoration of the thousands of lives that have so far been lost to the Anglophone crisis.

The events of Friday 28 May 2021 were preceded by a virtual (Zoom) Consultative Meeting held with Cameroon-based stakeholders on Saturday 22 May 2021. At the Consultative meeting, the HRDA team was accompanied by the Director of the Centre for Human Rights, Prof. Frans Viljoen, who noted that the 2021 campaign confirms the Centre’s commitment and interest in the developments in Cameroon.