Op-Ed: Seventeen years of the Pan-African Parliament: taking stock and reimagining its future 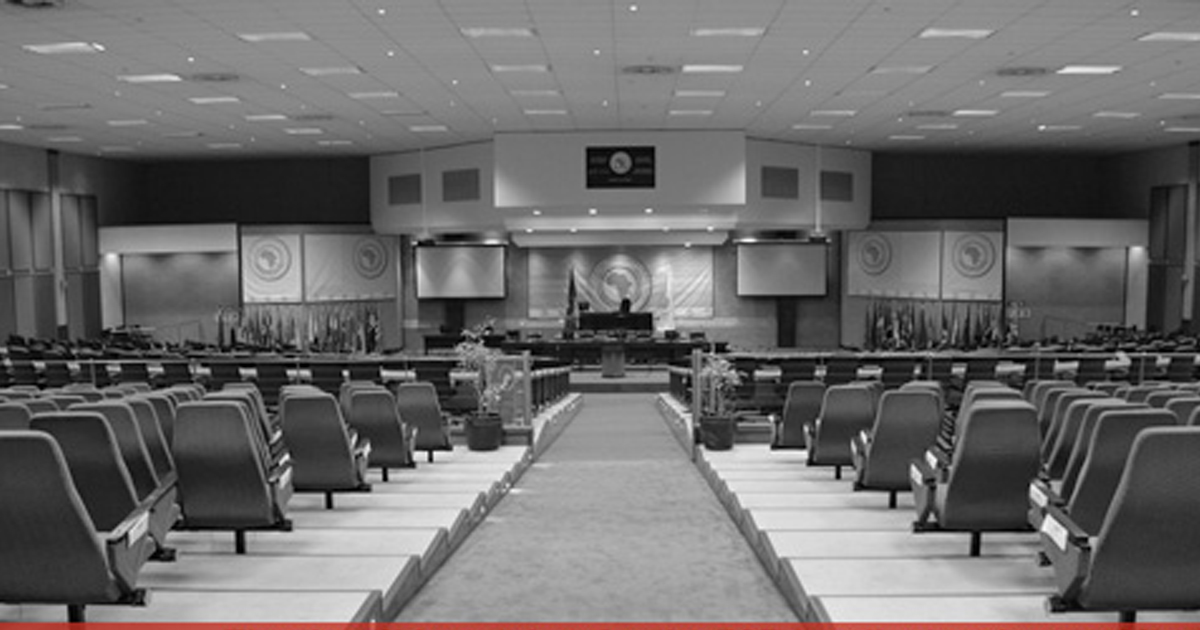 By Bonolo Makgale and Tariro Sekeramayi

Dr. John Henrik Clarke once remarked, “History is not everything, but it is a starting point. History is a clock that people use to tell their political and cultural time of day. It is a compass they use to find themselves on the map of human geography. It tells them where they are, but more importantly, what they must be.”

The 18th of March 2021 marked the commemoration of the Pan-African Parliament’s (PAP) 17th year anniversary. The Midrand, South Africa based Parliament was established by the Abuja Treaty as one of the organs of the African Union (AU). At the time of its establishment, the PAP was earmarked as an organ of the AU that will provide a platform for increased public participation and for the Africans to participate in decision-making processes that affect the continent. The Parliament consists of representatives nominated by local legislatures and currently represents all of AU member states, with the exception of Eritrea. The PAP aims to foster development and economic integration on the continent, espousing the principle of “batho pele”, a Southern African political principle that translates to ‘people first’. The core of the PAP’s mandate is to promote citizen engagement and representation as democratic ideals. As we mark this incredible milestone, we take stock of how far the PAP has come and what its prospects  are for improvement as we advance.

As we reflect, a pertinent question to ask is the extent to which the PAP has created avenues to engage with African citizens effectively. The PAP has recognised Civil Society Organisations (CSOs) as essential partners in efforts to promote human rights, legislative reforms, and other initiatives that further good governance and democracy in Africa. One such strategic partnership is between the PAP and the Centre for Human Rights at the University of Pretoria through its Democratic and Civic Engagement Unit. This partnership aims to ensure CSO engagement with the PAP. It has done so through various initiatives such as the CSO forum that capacitates African CSOs across the continent  to engage with the PAP and involvement with the PAP advocacy and outreach initiatives. However, a criticism levelled against the PAP is the lack of genuine engagement with the citizens of the states they represent and the lack of a framework that guides the interactions between the Parliament and non-state actors. This is one area where  the formal mechanisms established to strengthen public participation and inclusion should be enhanced.

In 2021 as we celebrate the anniversary of the PAP amid COVID-19 and against the backdrop of the AU’s 2020 theme of Silencing the Guns, it is prudent to look at the PAP’s performance in times of crisis and reflect on what we would imagine the role of the PAP to be in these situations.  One of the PAP’s objectives is to ‘promote peace, security and stability’ on the continent. Nevertheless, in 2020 there was an increase of citizens’ human rights violations by states that threatened peace, security, and stability in many ways. We saw increased police brutality in Nigeria, which culminated in the #ENDSARS movement, which was met with more violence from the state, leading to loss of life. We also saw an increase in excessive use of force by security forces in South Africa, Uganda and Zimbabwe. Amid the lockdowns necessitated by COVID-19, the Southern African region saw a spike in gender-based violence (GBV), with Amnesty International reporting that women were most unsafe in their homes during the lockdowns.

Most of the civil unrest that occurred in Africa was in response to issues linked to good governance amid the COVID-19 crisis and other issues affecting democracy. As such, the silence of the PAP as a ‘parliament of the people’ is disconcerting. We note that the rules of procedure may have hindered the PAP’s ability to intervene in these issues, as the rules had not been modified to allow the PAP to sit virtually and deliberate on  these issues. The time it has  taken for the PAP to adjust and amend its rules of procedure to accommodate the pandemic illustrates a lack of creativity and the favouring of bureaucracy over efficiency. As we look towards the next decade and the continuing mandate to Silencing  the Guns, African governments will have to change the violent and repressive ways in which they engage with their citizens. As a continental Parliament, the PAP can play a central role in this. It may need to increase scrutiny on states that violate human rights and democratic ideals and be more vocal about these issues through observer and fact-finding missions that can culminate in recommendations and resolutions on volatile situations.

In fulfilment of its objectives, the PAP has adopted various resolutions and recommendations around issues of development, protection of human rights, and efforts to foster peace and security. We have seen these interventions in countries such as Uganda, Chad, and the Central African Republic. The PAP has also prioritized the self-determination of the peoples of the Sahrawi Arab Democratic Republic through resolutions. The PAP has also taken strides towards protecting vulnerable groups in Africa, such as persons with albinism seen in the resolution passed in 2018 which gave more concrete measures on the protection of persons with albinism. To this end the PAP encouraged implementation of the Regional Action Plan on Albinism in Africa as well as annexure of this plan to the Protocol to the African Charter on Human and Peoples’ Rights on the Rights of Persons with Disabilities in Africa. We appreciate the work of the Justice and Human Rights Committee of the PAP in the resolutions, recommendations, and other initiatives to protect vulnerable groups.

While the amendments in themselves do not confer the power to make laws for the Continent on the PAP, there are some key features of the Protocol that should be celebrated particularly because they purport to strengthen accountability and representation through institutional reforms. The Malabo Protocol introduces gender balance in the Parliament’s membership, requiring representatives from the various legislatures to have at least two women in the delegation whereas currently delegations are required to have at least one woman out of the five members. This is an essential stride towards increased representation and participation of women in politics, which is still an issue on the continent.

The Malabo Protocol will also introduce exclusive membership to the PAP and election through universal suffrage in their respective countries. Exclusive membership means that members of the PAP will be elected from outside their national legislatures and will not  be members of their local legislatures. This will mean that the PAP will become more representative of the will of the people it governs. It will become more accessible as the election process will afford ordinary citizens an opportunity to contest in elections to represent their state at the PAP. The exclusive membership will also allow a greater focus of the PAP issues at local legislatures as members will have an exclusive mandate to PAP which will increase accountability measures.

As we commemorate this anniversary and celebrate how far the PAP has come in the past decade, we commend and celebrate the Parliament’s steps in fulfilling its objectives and mandate, albeit with limited powers. We also celebrate the proposed reforms to the PAP through the Malabo Protocol that will increase citizen participation and representation and allow for increased access to the PAP.  The ratification of the Malabo Protocol will be essential to improving the Parliament’s effectiveness. To this end, we encourage the member states of the AU who have not yet ratified the protocol to do so and allow the PAP to reach its full potential. In imagining the PAP of the future, it will be necessary for the PAP to ensure that institutional reforms take place and that there are measures in place that allow for monitoring and evaluating the institution’s progress and the extent to which states are implementing the recommendations tabled by the PAP.

Read the message of solidarity to Pan-African Parliament (PAP) on behalf of civil society delivered by Prof Frans Viljoen, Director, Centre for Human Rights on 18 March 2021.