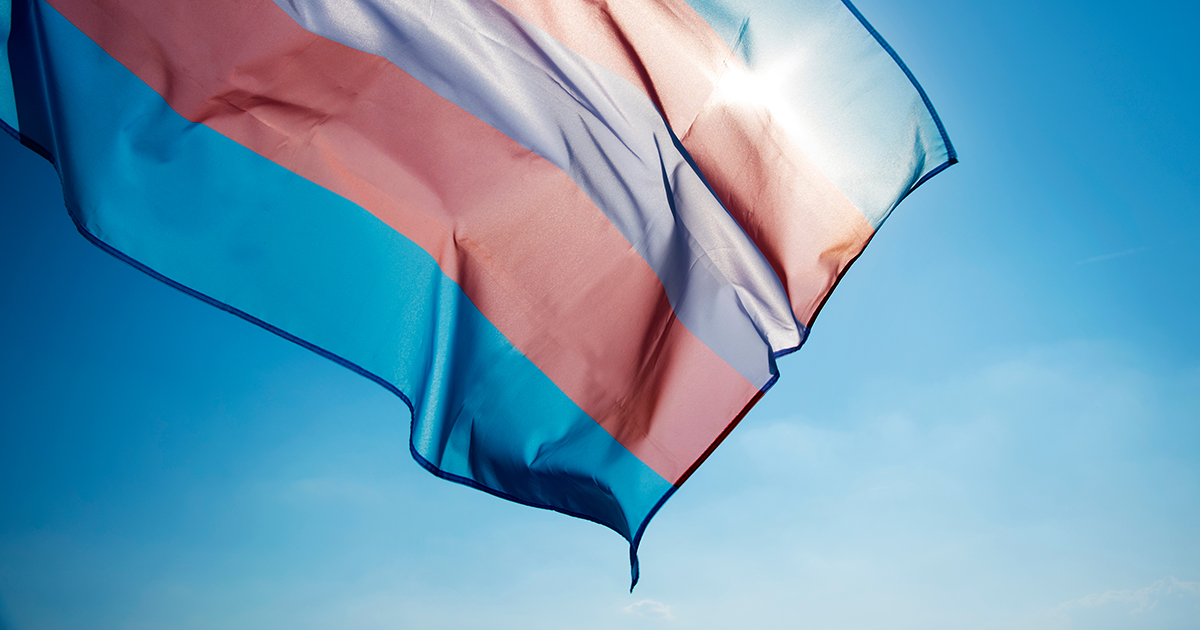 The Trans Protocol is a guideline to strengthen and support the Anti-Discrimination Policy of the University of Pretoria (UP). It is directed towards the eradication of discrimination against transgender (trans), intersex, gender non-conforming and non-binary members of the student and staff body, and towards building a positive and affirming environment. It has been presented to the University’s Institutional Transformation Committee (ITC) for consideration as an approach to supporting trans, intersex, gender non-conforming and non-binary students and staff in the places where they live, study or work. It suggests specific steps to engage with places of residence, study and work to build support for students and staff.

The University of Pretoria (UP) recently adopted a Trans Protocol as a guideline to respond to the needs of trans, intersex, gender non-conforming and non-binary staff and students. Several stakeholders were involved in drafting and championing the document, including the Centre for Sexualities, AIDS and Gender (CSA&G), UP’s Transformation Office, UP and Out, #SpeakOutUP, trans students and staff, the Department of Residence Affairs, the Student Counselling Unit, the SRC, and the SOGIESC (Sexual Orientation, Gender Identity and Expression and Sex Characteristics) Unit of the Centre for Human Rights.

The broader aim of the protocol, which supports and strengthens the institution’s Anti-Discrimination Policy, is to eradicate discrimination against affected individuals, and to build an inclusive, affirming environment and institutional culture at the University.

This video was produced by the Centre for Sexualities, AIDS and Gender (CSA&G) and the Centre for Human Rights, University of Pretoria to raise awareness about the UP Trans Protocol.

Pierre Brouard, Acting Director at the CSA&G, tells UP's Tukkievaria why the Protocol is necessary and how it can be taken forward.

What was the impetus for drafting this document?

The spark for this protocol was a trans male student who approached the CSA about three years ago. The student was in the process of transitioning and hadn’t yet achieved all the legal finalities, but expressed to us that he needed to feel acknowledged and safer, and to navigate university life in a way that feels dignified and recognises the journey that he was on.

That got me and the centre thinking; I approached the Director of Student Affairs, Dr Matete Madiba, who suggested that I constitute a working group and start putting together some ideas. I’d like to single out Thiruna Naidoo, who was a student volunteer at the time and who is now a communications and advocacy associate at the Centre for Human Rights. She was a great sounding board, and over the years, has helped to refine the document. The Trans Protocol is really the output of a collaborative process.

How does the protocol achieve UP’s broader transformation roles?

The motivation for this document was about asking: what kind of space do we want to create at UP, where everybody – including trans people, and those who are intersex, non-binary and genderqueer – feels welcome?

We also considered the fact that many trans people face discrimination and harm at higher learning institutions. Though not all of it is intentionally antagonistic; it can also come from a place of misinformation and assumptions around gender, which is the default of so many institutions. Ultimately, the protocol takes into consideration what makes a university feel safe and welcoming; recognises diversity; honours our Constitution; and, in UP’s case, takes the Anti-Discrimination Policy forward.

What do you hope to achieve with the current iteration of the protocol?

The protocol enables staff members to ask: what can we do that sends out a message that we recognise gender diversity and challenge strict binaries? It offers a proactive opportunity for heads of departments, centres and units to start the conversation now about gender diversity – before someone announces that someone has transitioned or is transitioning. We shouldn’t just address harm when it’s happened; we should start the protections and preparatory work so that harms don’t happen in the first place.

A process of sensitisation will need to take place before a formalised policy can be adopted. What would that entail?

It’s preparatory work in general in terms of how we think about gender and gender diversity. This could include how we allow people to self-identify in the workplace – how we use gender language in meetings, for instance. A common way to start a meeting is, “Good afternoon, ladies and gentlemen.” That sets the tone for how we think about gender in either/or ways. It could also include asking whether we can allow staff to have their own title, forename and gender pronouns in their official documents as employees. That’s already happening with students. It won’t be as simple for staff as yet, as there may be legislative implications – but the protocol can start that conversation.

This preparatory work can happen in several workspaces, not only in terms of how a department runs its business, but also how it thinks about this intellectually. It goes beyond staff relations in the classical sense – it’s about how academic disciplines engage with these ideas. We should avoid locating this issue in a conversation solely around pragmatics; we should also locate it within an intellectual framework. We need to start thinking about gender from the perspective of theory, science and research. That adds another layer to the conversation.

The other part of the sensitisation process is thinking about trans issues against the backdrop of other aspects of identity that are recognised in the Anti-Discrimination Policy: you may be trans, but you could also be black, working class, have a disability… The policy creates the opportunity to join all those dots. It’s about locating the protocol in a conversation about broader discriminations and how they might work together.

Would you say that this is a progressive move for an institution of higher learning?

This is relatively new territory in South African places of work. Although South Africa has a Constitution that protects us on the grounds of gender and sex, I don’t think it has translated sufficiently into explicit policies. And while the Trans Protocol might be “narrow” in its focus, it does open up a conversation and a space for anybody who might not be interested in specific categories of gender, in terms of how they identify or how they relate to themselves and other people. Documents such as this protocol can embolden people. Having that piece of paper matters. It’s a form of recognition, and that is very empowering.

The Trans Protocol has been published as a supporting document to the Anti-Discrimination Policy, found here.

This article was originally published on the University of Pretoria website.

We encourage students or staff members who have observed any incidents of transphobic-related discrimination or bullying, to contact the following helplines: