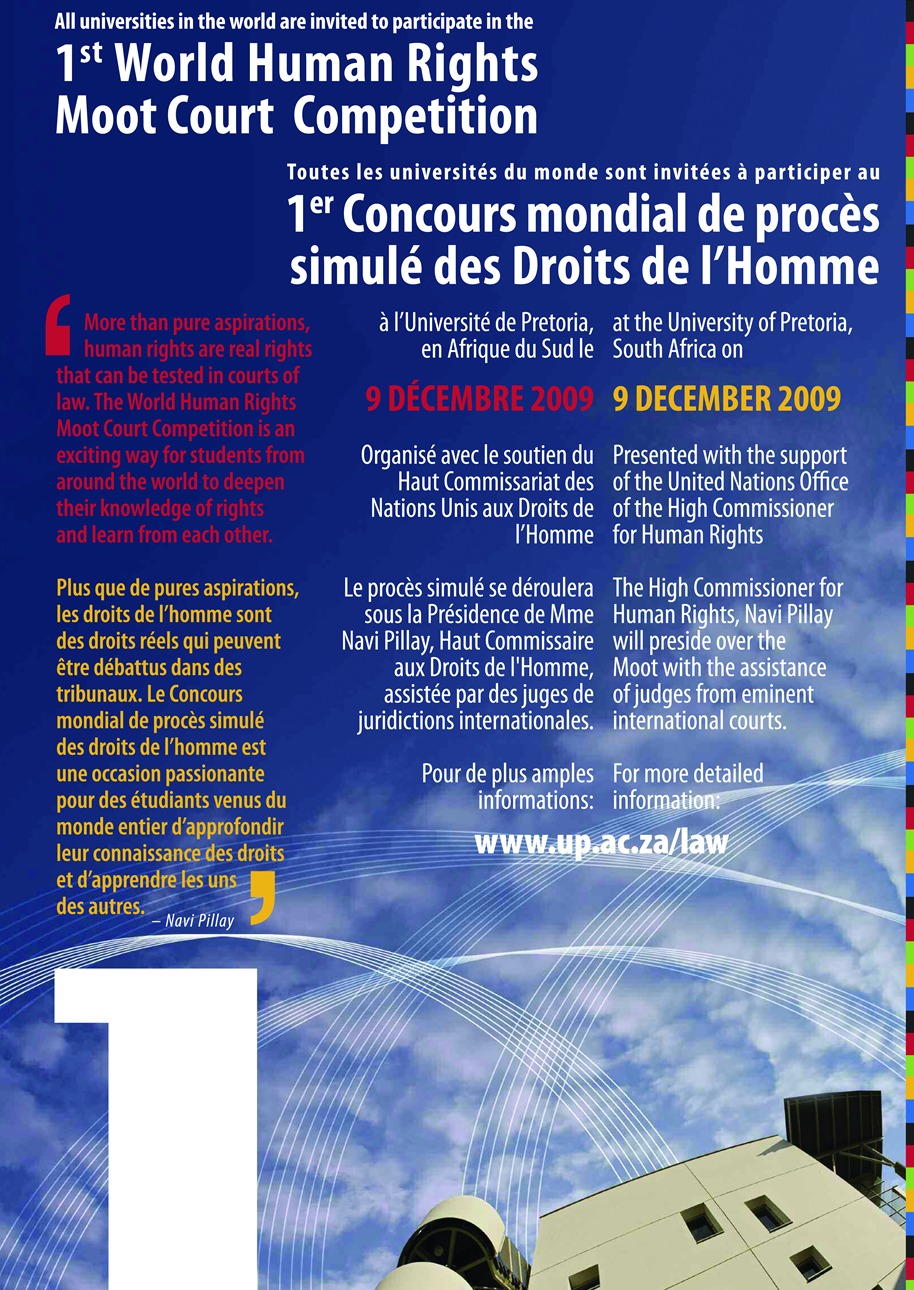 The official languages of the 2009 Moot were English and French.

The two teams from each of the different UN regions were be paired against one another. There would then be five final rounds (one per UN region), and the winner of each UN region will be idetified (there is consequently no overall winning team).

Winning Teams in the Oral Rounds:

The top 5 universities from the oral rounds are:

Total of ten teams from 5 UN Regions were selected.