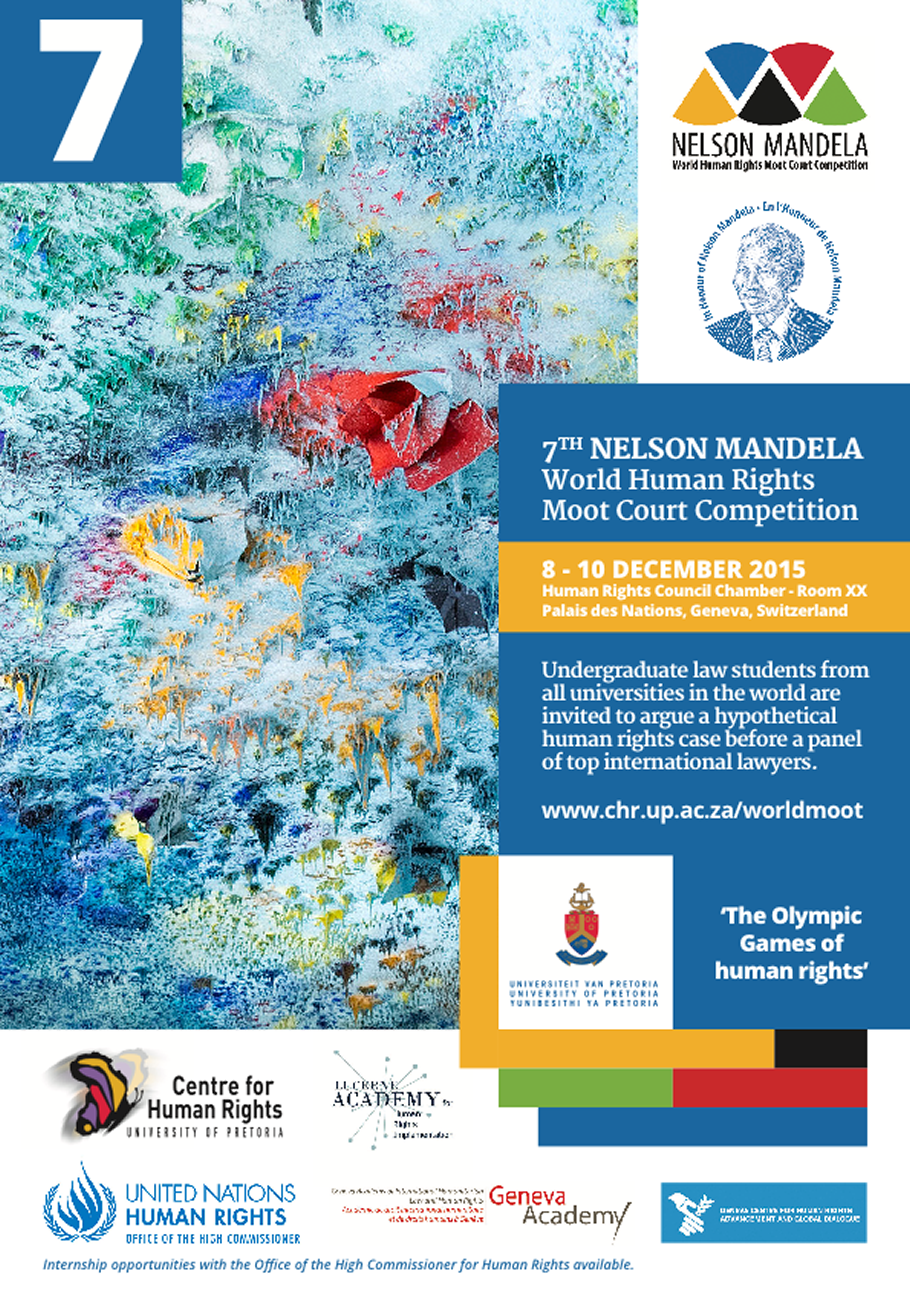 The World Moot has been presented every year for the last 7 years, bringing together some of the youngest and brightest law students from universities all around the globe to debate burning contemporary human rights issues on the basis of a common UN human rights system, influenced by national and regional perspectives and experiences. The Competition is unique in reaching a broad base of participants, including from those parts of the world where regional human rights systems have not been established, or have only been recently introduced.

In 2015, the World Moot brought together the following participants:

The opening ceremony was held on the evening of 7 December 2015, with participants and members of permanent diplomatic missions in Geneva being addressed by two keynote speakers -

- who welcomed all participants warmly, while pointing out the privilege, opportunity and symbolism of being in the very building where real countries argue and debate real human rights issues.

In the World Moot, participating universities select two students who submit written heads of argument for a hypothetical case. In 2015, the case dealt with climate refugees, freedom of expression, racism in sport and the human rights of women. Experts assess these memorials and the best teams from each region are invited to travel to Geneva to participate in the pre-final rounds of the Competition. Here teams argue the two sides of the hypothetical case before a ‘bench’ of human rights experts. These pre-final rounds were held on 8 and 9 December 2015

At the end of two days of pre-final rounds, the two best teams – from two different UN world regions – proceed to the final round. The final round was held on 10 December 2015, InternationalHuman Rights Day, in the chamber of the United Nations Human Rights Council – officially known as the Human Rights and Alliance of Civilizations Room. Under the famous giant multi-coloured ceiling, a new generation of human rights lawyers, activists, academics, diplomats and civil servants gave a spectacular display of oratory skill and a mastery of international human rights.

In 2015, the following teams appeared in the final:

The judges in the final round were:

The Centre for Human Rights is proud to present the Nelson Mandela World Human Rights Moot Court Competition in partnership with the Office of the United Nations High Commissioner for Human Rights, and is especially grateful to the following persons who made it possible :

The Centre for Human Rights is grateful for the financial contribution of the following donors to the realisation of the 7th Nelson Mandela World Human Rights Moot Court Competition:

The keynote speaker at the closing ceremony was HE Ms Flavia Pansieri, Deputy UN High Commissioner for Human Rights.

The top 5 universities from the preliminary rounds are:

Students are scored individually for their oral presentations in the preliminary rounds. The best oralist is the student with the highest individual score in the pre-final rounds.