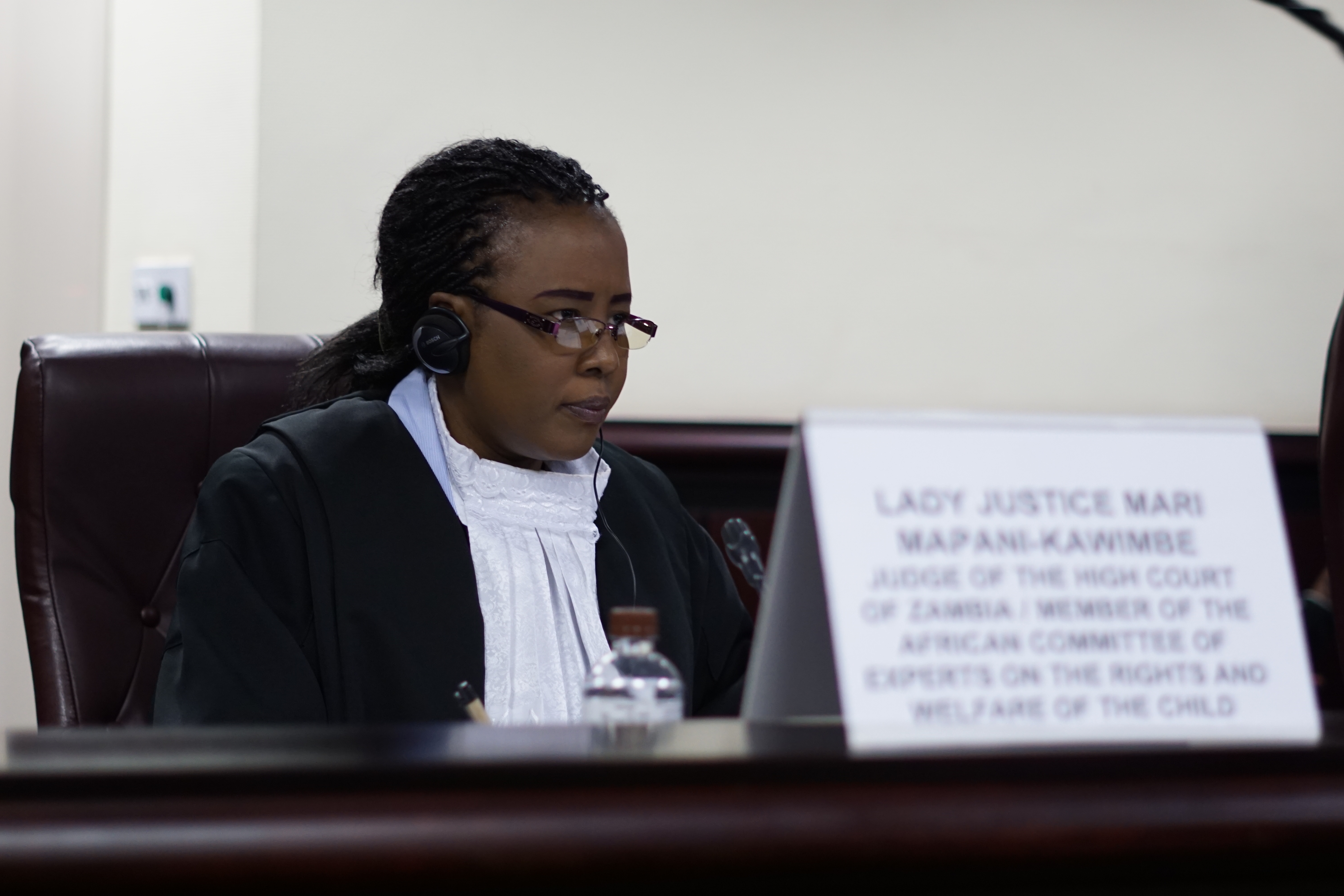 Justice Maria Mapani-Kawimbe was appointed judge of the High Court of Zambia in 2016.  Prior to her appointment, she served as Deputy Chief State Advocate in the Attorney General’s Chambers and as a Senior State Advocate in the Office of the Director of Public Prosecutions. She held various  positions in the Ministry of Justice, including Deputy Director International Law and Agreements.

She is currently a Member of the African Union Committee of Experts on the Rights and Welfare of a Child.

She holds an LLB degree from the University of Zambia and a Masters Law Degree in Public International Law with a bias in Human Rights and Humanitarian Law, from the Raoul Wallenburg Institute, University of Lund, Sweden.